Art Other Than Guns

One Nation Under God

Amazing picture. It will be hated by a lot of empty souled people and its author ignored in the best of cases.

If you live in Miami, you will face both the best, the weirdest and the worst of multiculturalism. I love being in a multicultural world of foods: Rotis one day, BBQ another (And at the Hitching Post you can have the choice of your favorite meat with baked beans or Cuban black beans) and get some Argentinian or Brazilian Churrasco. Nothing is more confusing that listening to 3 fans blasting the last season of Dolphins Football in English spoken with Creole, Portuguese and Southern accents. At the end, you get used to it since that is Miami.

But this is a wee bit too much: 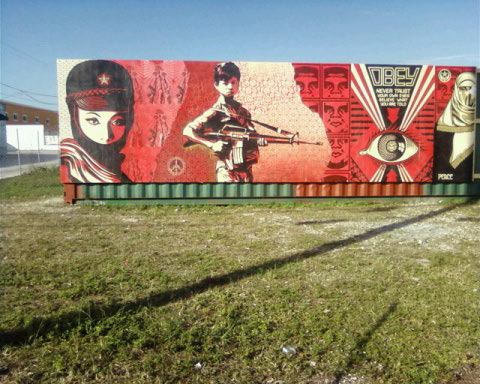 I found this Jihadi/Hamaz/Gaza Strip revolutionary bullcrap in the Miami Art District. I am sure it means some multicultural “artistic” statement for some “enlightened” (with a very dim bulb) artist, but I fail to see it. Just another load of Islamofacism in our streets yet I might be the Homeland Security Domestic Terrorist suspect.

A Pin Up of one of the sexiest Net cartoon characters is up for auction. Beautiful, enticing and armed Sam from Day by Day by Chris Muir poses for Honor the Troops event. Get Sam and help Honor the Troops.

UPDATE: The auction is over. $511 were collected and our heartfelt thanks to the winner! 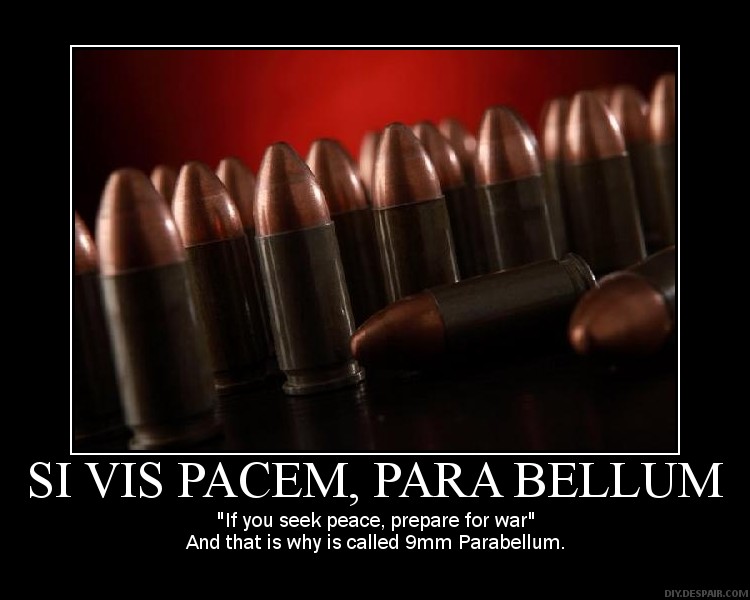 I always loved photography. I shudder to think how much money I have spent in film and developing over the years for naught. I am possibly one of the worst picture takers in this solar system. Occasionally I am given a treat by Luck and once half decent picture comes along among two or three… hundred and I am satisfied. Which makes me very jealous of my wife. She has no training and armed with a crappy Kodak V350 manages to capture amazing shooting pictures specially of flying brass.

I am very very jealous. But I do love her craft. I will have to buy her a decent camera one of these days.