We all know the veterans that spent their time in the military behind a desk. They only time they touched their weapon was when they were in boot camp or when they had to qualify. The vets that never deployed but have a strong opinions.

We see them when a former general says “fully semi-automatic” when describing an AR-15. Or the vet that says “I know what the AR-15 can do, no civilian should own an AR-15”. They lay claim to an authority of opinion that they have not earned and do not deserve.

This image came from my Lady. She was laughing because this proved that the poster really wasn’t a vet. 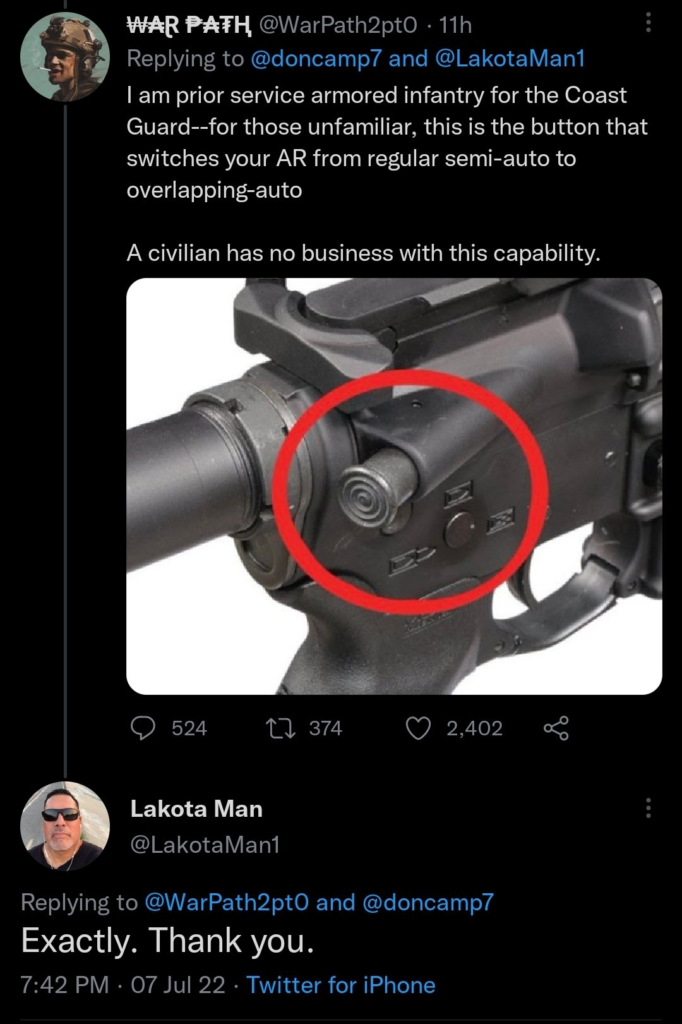 Yeah, the forward assist is not a selector switch. Nor is “armored infantry for the Coast Guard”.

Except context matters. This was a troll posting. War Path is a name I’ve seen before and not as a wannabe. So yeah Trolling.

When I was in the Army, we kept our M-16’s locked up in the armory. The only time we brought them out was for guard duty — or when we trained for war.

And Lakota Man responded, you can see it in the image above “Exactly. Thank You.”