CSGV: Stats and the Lies they tell 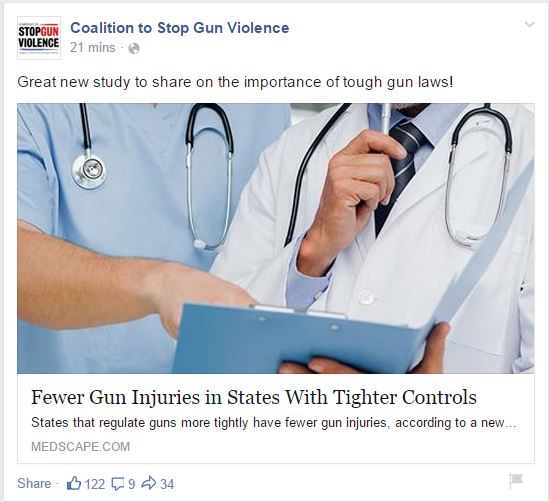 “Strict firearm legislation may help to reduce firearm-related injuries and mortalities, and help to reduce the years of life lost,” Viraj Pandit, MD, a researcher at the University of Arizona in Tucson, said here at the American College of Surgeons 2014 Clinical Congress.The number of people killed by guns every year in the United States is rising, and is projected to reach 32,929 in 2015, Dr Pandit said
via Fewer Gun Injuries in States With Tighter Controls.

But with the FBI report that just came out a couple of days ago citing that violent crimes are down including murder/manslaughter and aggravated assault, is the article wrong? In a sense, no because they are including suicides in the mix. That they don’t tell you they do, is a way they have to obfuscate the issue.

The CDC puts the suicide rate for 2012 at 12.7 per 100 thousand. and suicide using a firearm at 6.4 per 100 thousand.   The American Foundation for Suicide Prevention has charted suicides from 1981 till 2012 and there is an increase in the number of suicides compared from 2000. But the graphic is interesting because it goes back so far: 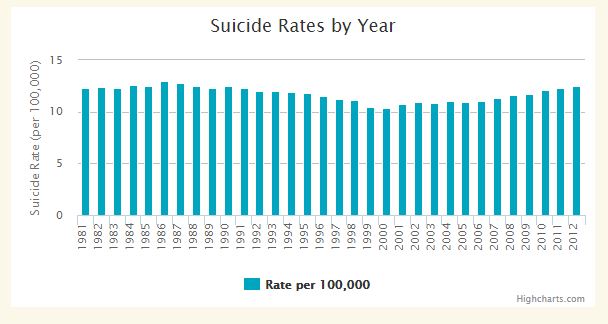 The actual suicide rate is the same as it was in the very early 1980s prior to the liberalization of gun laws across the USA and after peaking in 1986 with , right around when Concealed Carry Laws start to flourish and they start to drop till they reach the bottom in 2000.

If anything, the suicide numbers since 1981 show us that there is no real correlation between gun ownership and suicide.  Same as with their mantra of More Guns = More Crimes has been defeated over and over by  reality, this shows that Suicide is not dependent of the presence of guns, as they cover 50% of the suicides which means there are other options being used to end life and in big numbers and they believe that somehow, magically the suicides will stop if there are no guns present, something that the other 50% plainly proves wrong.

But if they had to tell the truth, they’d be silent.

3 thoughts on “CSGV: Stats and the Lies they tell”