MIAMI (CBSMiami) — Dozens are expected to gather this weekend in remembrance  of the late Trayvon Martin whose death sparked a national debate over the controversial Stand Your Ground law.
Martin, 17, was killed in Sanford, in February 2012. George Zimmerman was acquitted in his shooting death in July 2013.
Locals, family and friends of the Florida teen are expected to join in the events planned through the weekend. 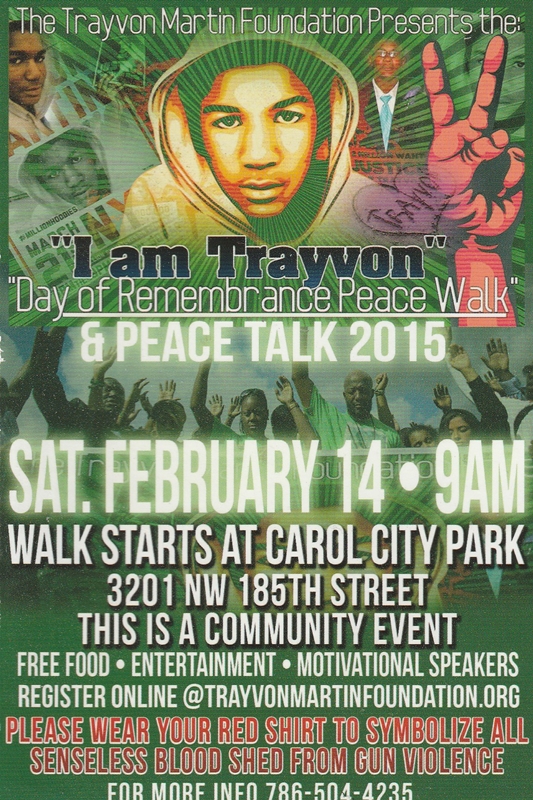 This is a card that I found at a gas station a couple of days before the event, the same way they try to buy junk cars or the local whiz kids swears he can fix your computer.

Trayvon is/was an event outside his Miami Garden Neighborhood and pretty much Florida followed suit.  There was never a parade of friends, teachers, relatives, etc that came out to say how good a kid he was or how good he did a school. That vacuum of endorsements was always suspicious, but the Media and the Politicians ignored it.

Other than his immediate family, pretty much nobody cared for the guy. he was only a prop against Stand Your Ground and that failed miserably. He will be brought out from time to time like one of those cheesy ornaments you see in houses that celebrate any half-assed holiday just to try to rile up the “true believers” but other than that, his name has acquired the relevance of a plastic pink flamingo.