I go onto Twitter to find “American Jews” is a trending topic.

My first thought was “oh fuck, what happened?”

As it turns out Trump shot his mouth off on some other social media platform about America Jews and Israel. 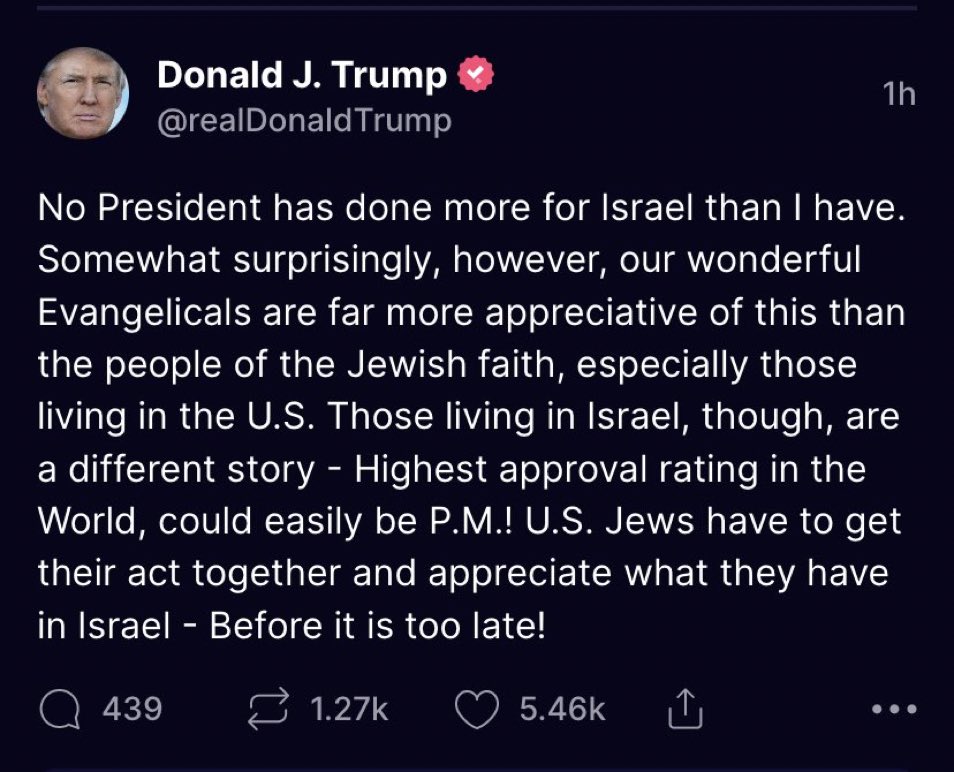 The loudest and most amplified voices in the Jewish community are the Woke, Leftist Jews who are Woke anti-Zionists.

I see more Rabbis with social media with Pride flags and pronouns in their bios calling for solidarity with their “Palestinian Brothers and Sisters” than I do see unapologetic Zionists.

Stating Jews should have fealty to Israel (as theologically accurate as that should be) treads on some very antisemitic tropes.

Then the internet Jewish community decided to respond in a way that makes me hate the living fuck out of them.

I have to say, Holocaust education in the US is the most partisan bullshit ever taught.

Every Jew who responded was a fucking TDS Leftist.

American Jews would allow themselves to be frog-marched into gas chambers or in front of firing squads by Antifa or Students for Justice in Palestinian while saying this is all Trump’s fault.

They have no perspective beyond “the Right is fascist.”

And about half the responses also contained Anti-Zionism, with Jews explaining why they hate Israel and have no loyalty to it for reasons of Apartheid or Palestinian solidarity.

What Trums said was bad (but not entirely wrong) and the Jews rushed in to justify every possible reason for anyone vaguely on the Right to fucking hate their guts.

I wanted to yeet half the Twitter Rabbinate out a helicopter for being to the Left of Che.

If there is ever a Right wing mass attack on the Jewish community, these fucking Jews will have brought it on themselves.

God dammit, do I hate everyone involved in this.