So Michael Bloomberg’s Everytown has an online petition running that unsurprisingly is full of “mistakes.” 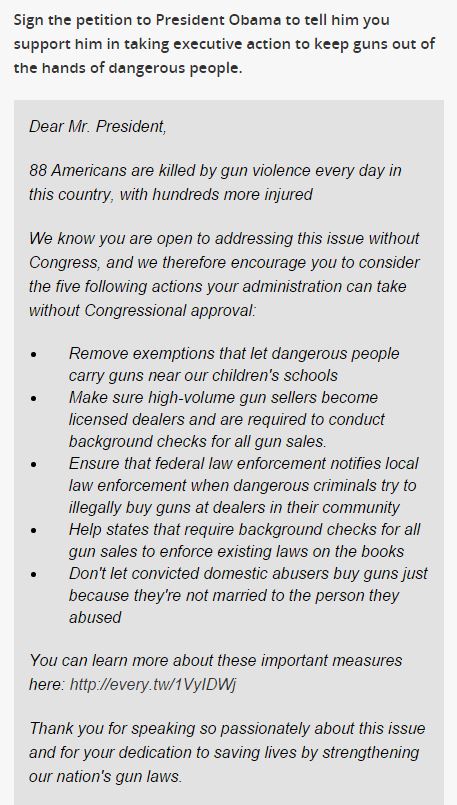 Let’s go one by one, shall we?
Remove exemptions that let dangerous people carry guns near our children’s schools.

The key here is “dangerous.” Notice that they are not using words like criminals or felons. So who are those dangerous people? No idea, but if I were to bet, it would be gun owners in general. Also notice that they are not asking to stop people from carry in  schools but  near schools, so I am guessing that they want that infamous 5,000 feet “safe zone” around schools which was stupid once before and it has not improved with age.

Make sure high-volume gun sellers become licensed dealers and are required to conduct background checks for all gun sales.

There is no way on hell Everytown does not know that being a “high-volume gun seller” without a Federal Firearms License is already illegal. This is nothing more than an outright lie to make the uninformed believe that any Joe out there can call Smith and Wesson and have a truckload of guns sent to their home to do a Garage Sale on the weekends.

In order for this to happen, the Federal authorities should actually start to give a damn when a dangerous criminal attempts to buy a gun. A staggering 98.5% of Brady Background checks are not fully investigated and they convict only 1/20th of those “dangerous criminals.”

Help states that require background checks for all gun sales to enforce existing laws on the books.

I am guessing this is coming from the downfall in Colorado where the Sheriffs have told the Legislature to go pound sand since they do not have the money to either perform every BG Check or investigate possible violations (IE: Sting Operations.) Unfunded mandates usually end up in the legal trash bin and they are afraid that their “gain” may be overturned.

Again, pure BS. This is in the instructions of ATF form 4473. 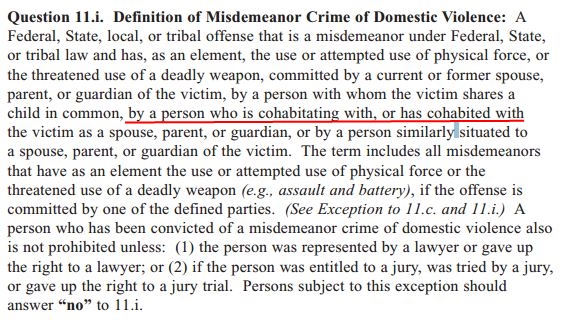 Cohabitation.
A living arrangement in which an unmarried couple lives together in a long-term relationship that resembles a marriage.

So I will call this another case where Everytown is lying by saying that it is not covered by the law when indeed it is but the uninformed does not know.

Get ready folks, we are seeing the same tactics we saw under the Clinton Administration to pass the Assault Weapons Ban: Outright lies to be unchallenged by the Media and assorted Useful Idiots.