Guns Sales under Commerce Dept. So many lies packed in so little space.

Just saw this from the Brady’s. 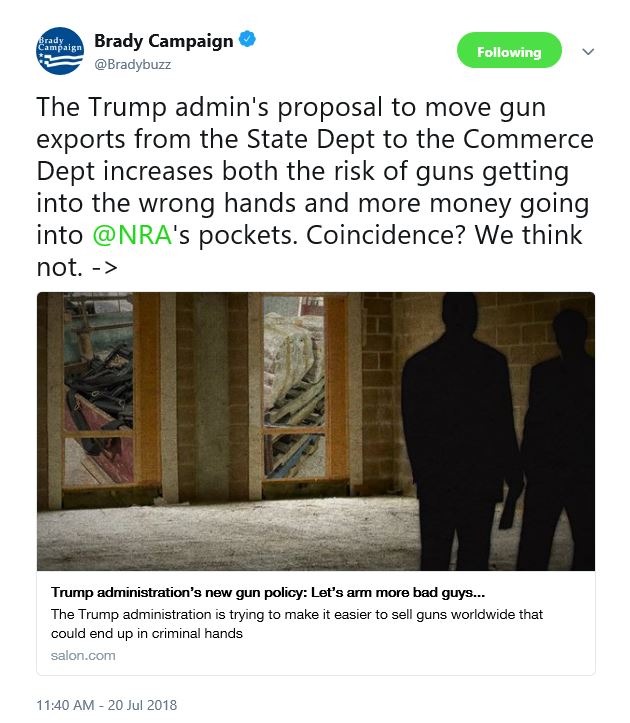 ZOMG! Unchecked gun sales abroad and monies to the NRA because they sell guns! …smh.

I clicked on the link and I had a good laugh when I reached to this segment.

“It means exports of guns and ammunition like sniper rifles, semiautomatic assault rifles and pistols, and handguns used by Navy Seals and U.S. Special Forces would be subject to less strict oversight than they are now,” Katherine Phillips of Giffords writes. “Exporting these weapons to other countries, where they could fall into the wrong hands and potentially be used against Americans, would become easier.”

Huh? Are these people nuts or just liars. I am going with liars. We know damn well that the military of any country rarely buys semi automatic when a full automatic model is available. And the “pistols and handguns” that the Navy Seal have differ nothing from the ones sold at the local Gun store. And I am sorry to inform the Giffords and the Bradys that the same sniper rifles you are crapping your pants about, are available online directly from the manufacturer.

And still, international regulations will be applied to the sale of firearms as per established treaties.  End Of User certificates will be required and I suspect that guns for export are also checked by the ATF when they are done built and sent to the secure bonded warehouses for export.

Brady, Giffords and Salon are trying to bullshit people into thinking foreign buyers will fly in, get a shopping cart and start stuffing  guns in them and then rush back to the airport to catch the last flight out.

That is not how it works. And besides, this is not the Obama administration giving guns to anybody in the Mexican Cartels,  Libya or Syria, including ISIS and assorted enemies of the US.

But allow me to show you how silly is the whole ordeal. This is extracted from the ATF Firearms Commerce In The United States 2077. 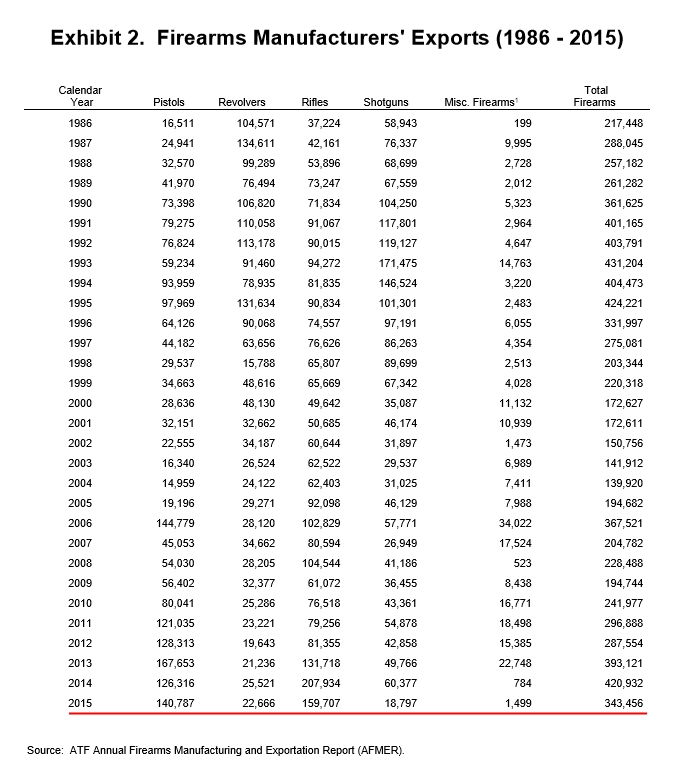 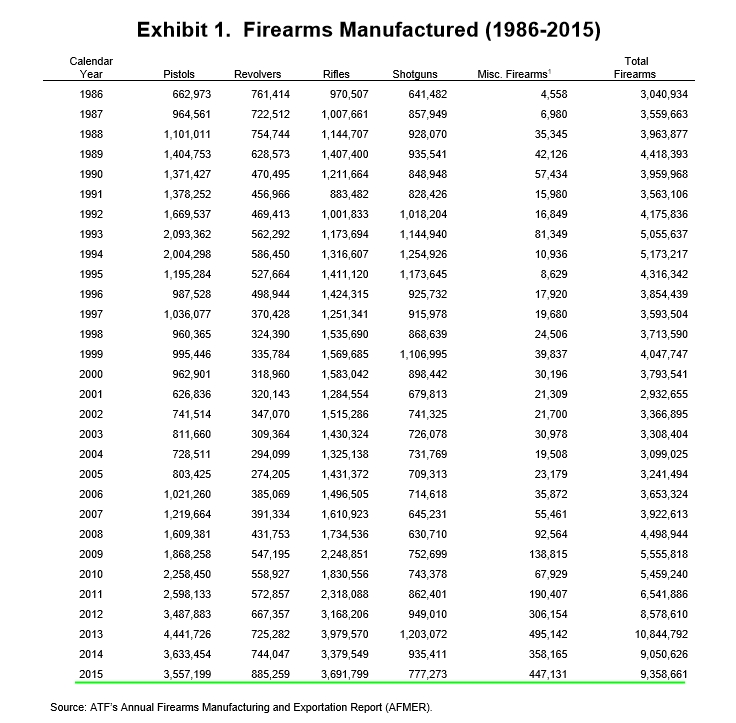 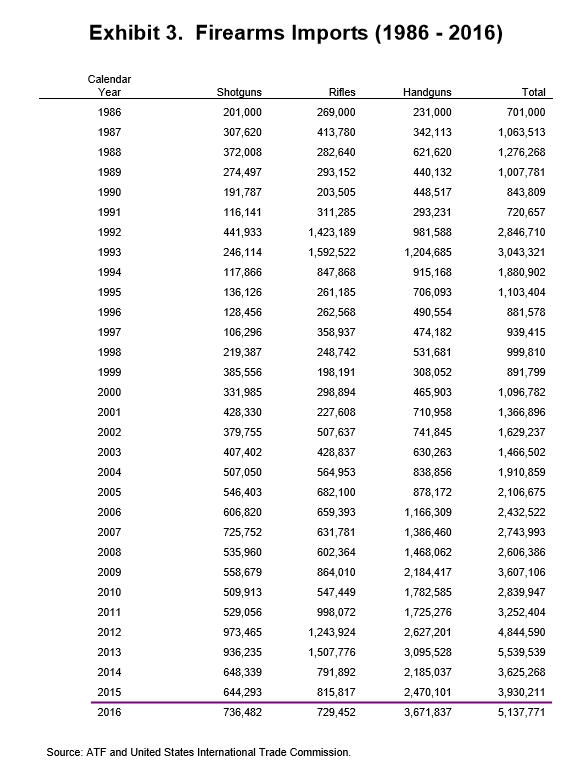 Let me make it even more pitiful: In the history of the FBI Firearms Background checks, barring the first month that started collecting info very late (Nov 1998 with 21,196 checks) there has not been one single month in which background checks fell under 500,000 being the lowest recorded June 2002 with 538,648  background checks. Let me put this way: The 343,456 exported weapons are but maybe three weeks’ worth of a full year of Background Checks for 2015.

Let me give you a simple number to share with you friends: In 2015, the number of weapons exported represented only 2.58% of the  total US Firearms market or 97.4% of the guns were for internal consumption.

There is a reason why we own 44% of the guns in the world: We don’t share.

6 thoughts on “Guns Sales under Commerce Dept. So many lies packed in so little space.”