How’s living under a dictatorship? An “expert” will tell you.

J.Kb figured my blood pressure was too normal and sent me this beauty: 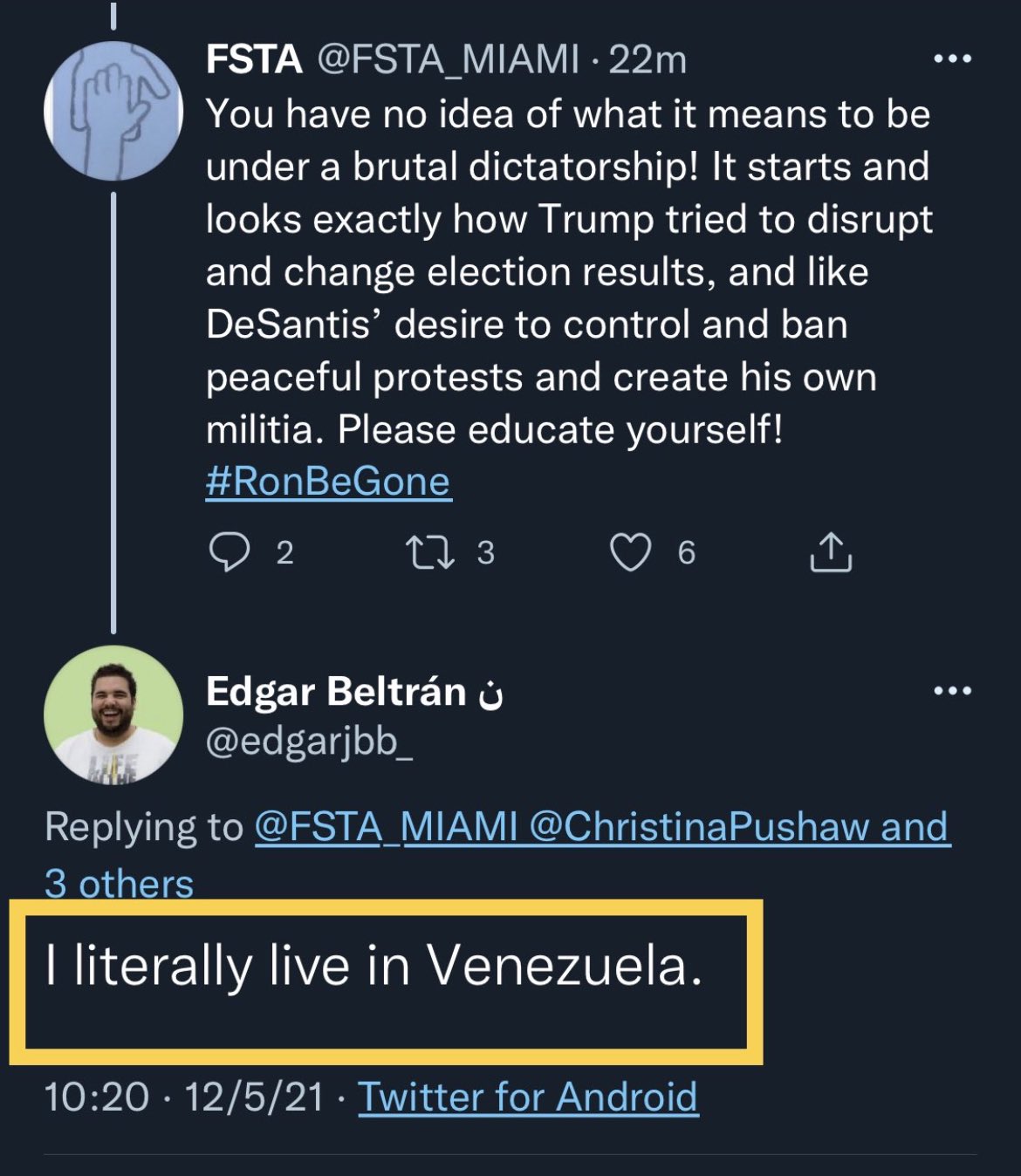 Aside the DeSantis Derangement syndrome in full display, what we have here is some political dunce, a leftie for sure who firmly believes what his propagandists are saying.

I had a similar incident with somebody who calls himself Libertarian about something Trump had said, not quite politely, but right on the money. He pretty much lost his mind when I asked if what 45 said was untrue and what I got in return was a criticism that “I should’ve known better than siding with a strongman.” That was pretty much indicating that I am somewhat blinded or suffering from some Latino malady that makes me fall for dictators and he was there to save me from myself.  One thing he could never do was to answer my simple question if Trump was right on what he said, in fact he refused by saying I had no right to ask him, nor he had to do so. I think I called him something along the lines of being intellectually dishonest and I got the block right after.

The left thinks it is doing great harm to DeSantis accusing him of being a dictator. I am amazed that they still do not realize that he is the governor of a state that is the home for the immense population of people running away from real dictators.  We are talking about people who lived under curfews enforced by shootings-on-the-spot if you were caught, People that lived under the fear of saying anything against a central government because the front door crashing down a 3 am and goons with guns coming for you was a real possibility. People that had food rationed to ounces a day, if there was any to be had at all. People that had to go identify the mutilated corpse of a mother or a sister who was first raped and then used to test the sharpness of the machetes or people who stood in front of the remains of a small house smelling the combination of burnt furniture, plastics and human flesh after the local equivalent of Antifa or just criminal looters paid a visit to somebody they disliked.

So, what the unhinged Left and Libertarians (but I repeat myself) is tagging themselves as amazingly ignorant or colossal liars and making sure more people side with DeSantis.  And that goes double if it is your side the one supporting shock troops, mandatory lockdowns and punishment for defying the “truth” as spouted in the narrative.

4 thoughts on “How’s living under a dictatorship? An “expert” will tell you.”