I had to stop watching the Scott Israel Suspension Hearings

This guy is the lawyer representing Israel in front of the Florida Senate committee.  I missed his name, sorry. 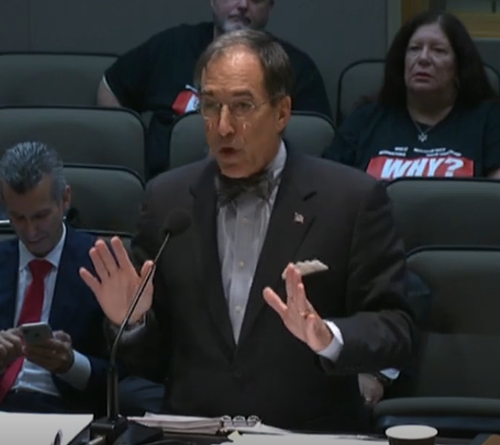 I almost lost it when he said repeatedly that BSO deputies had the best Active Shooter trainer in Florida and possibly the US. And that ALL 1,500 had at least trained twice in the 3 years prior to the Parkland Massacre and there were records and stuff.   That the Command And Control structure of BSO was perfect and it was just one solitary deputy who failed. Hell, he even said that when the Coral Springs cops showed up, BSO deputies went with them. You may remember that while Scott was prancing in the CNN “Hate The NRA”  Townhall, he already knew about the fuck up that was Scot Peterson and his retirement but kept it secret. It was Coral Springs officer who pissed off at seeing Israel portray itself as a hero, let the cat out of the bag and revealed the total fuck up oof BSO including the other 4 deputies that came before CSPD but did not go in or followed after them.

The lawyer and the Democrats present wish that everybody ignore the Fort Lauderdale Airport shooting, but since they can’t erase memories, they try to mention it as little and as dismissive as possible. That shooting was also a mess (Which the lawyer blamed on the FBI, DHS, and I think he added the FAA too) which showed BSO was not only caught with the pants down but they were given a bad tattoo in the ass. Without Fort Lauderdale Airport, Parkland becomes a stand-alone event and not a glaring indicator BSO did not do a damned thing to get sharp about Active Shooters.

Holy shit… This is messed up. I swear I do not have the lack of spine and stand up in front of people to parlay that much bullshit with a straight face.