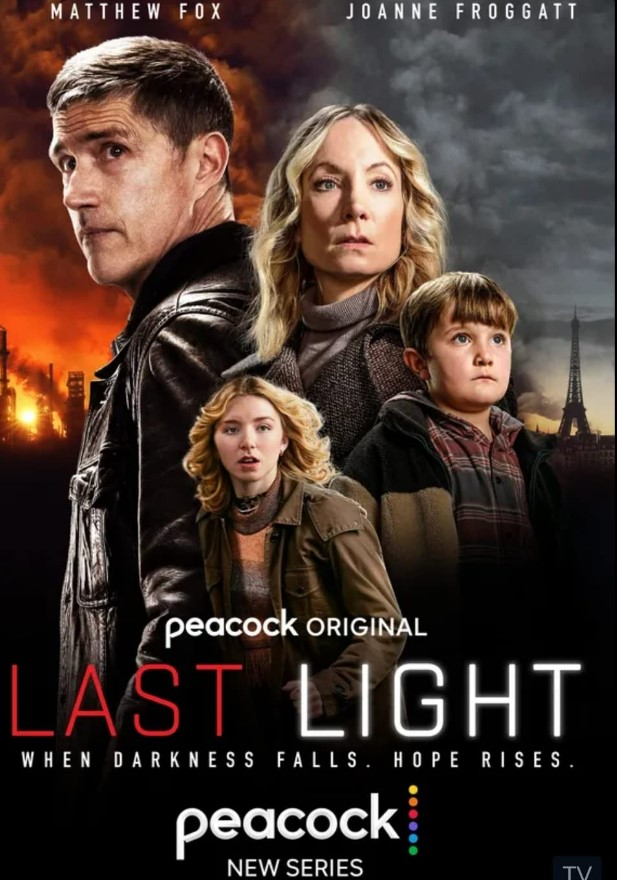 The missus and I sat down to watch this miniseries without any prior knowledge of the theme. It is basically a Big Oil scientist is urgently called by the company because there are reports of internal combustion engines all over failing because of the fuel. Olanes are falling off the skies, ships are drifting in the oceans, cars are catching on fire, and nobody knows why.

OK, let me summarize: Big Oil Scientist was once a young idealistic EcoFreak who designed as a college student a bacteria* to eat away oil spills in the ocean and his partner weaponized the bacteria and introduced it in the oil supplies via his own eco terrorist group financed by his trust fund monies. The world’s oil is being destroyed fast and there is a race to stop it…but it eventually fails after the series spending time concentrated in shit that makes no sense and huge plot holes you could sail a modern cruise ship through and sideways.

But fear not because the ending is bright. After about 6 months or so according to the way the series ends, people got together in the World, eschewed governments and suddenly there was world peace and free energy from…. no fucking idea, they cannot even explain how. How people got together worldwide when there is no power to even recharge their cellphones is one of those mysteries they avoid explaining. Apparently, they hint that everybody is now not only Vegan but grow stuff in the balconies of the buildings…. fuck it, I cannot keep cataloguing the many masturbatory dreams they tried to portray and how they do not care how many people they kill or will be killed.

This is a movie by Enviromentals who the only green thing they have ever grown was the mold in the caulk of their bathrooms.

Save yourselves and avoid this battery-operated train wreck.

* For some reason, my brain seems to remember a similar plot from a book or movies from the 70s. If there is such thing, these idiots are not even original, but at least they recycled something.