Miles and Miles of Editorial Oversight: The Good Kings by Kara Cooney (Published by National Geographic)

This one is a doozy 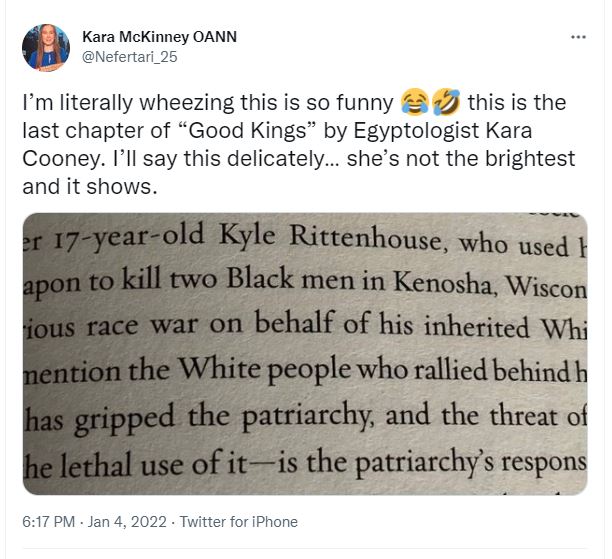 In a new era when democracies around the world are threatened or crumbling, best-selling author Kara Cooney turns to five ancient Egyptian pharaohs–Khufu, Senwosret III, Akenhaten, Ramses II, and Taharqa–to understand why many so often give up power to the few, and what it can mean for our future.

So, this is not just about Ancient Egypt but modern politics and then, maybe how White Supremacism is like the cruel pharaohs of ancient times? 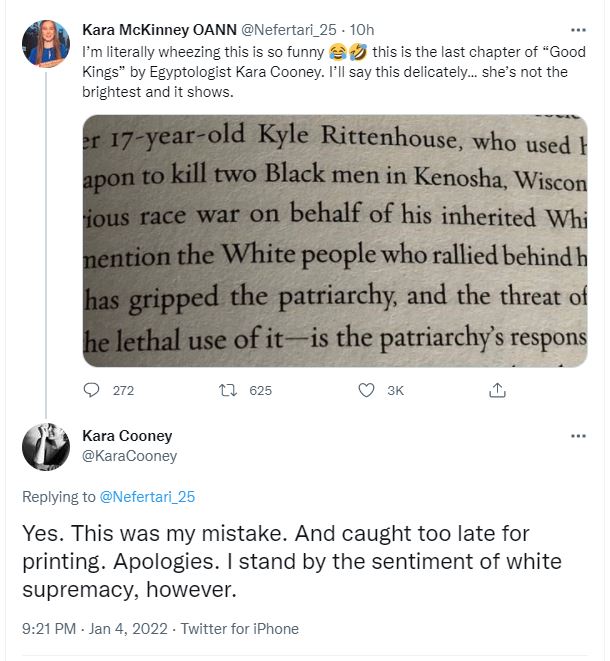 How can you even write it down in the first place? The videos and photos of the Rittenhouse shooting were out a couple of days after the event in August of 2020. The book’s date of publication is November 2021, so the only reason Ms. Cooney “made” the mistake was because she heard a narrative, took it as the Word from the Heavens and rather than double check, she just went with it and put it in her book.

But wait, there is more and this one is another historical boondoggle: 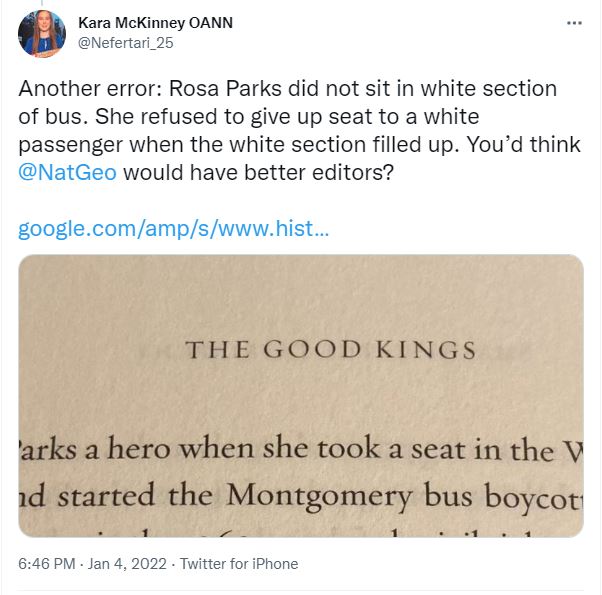 Again, was this ignorance or political narrative? I do not mind a teacher writing a book with political themes, but a bit of truth must remain in it to be taken seriously. But in the era of TikTok and immediate gratification via smartphone, an old line from another book rings true:

And sure as hell it is not our side writing the history books, or even tweets. They know their lies will be taken as Gospel and spread through the nation.

9 thoughts on “Miles and Miles of Editorial Oversight: The Good Kings by Kara Cooney (Published by National Geographic)”