Five people were killed in a shooting at the MolsonCoors headquarters in Milwaukee on Wednesday, police said.

The Milwaukee Police Department responded to reports of a shooting in the area just after 2 p.m. local time and found the suspect, a 51-year-old Milwaukee man, dead of an apparent self-inflicted gunshot wound. Authorities also found five employees of the “old Miller brewery” killed in the attack, Milwaukee Police Chief Alfonso Morales said.

The chief didn’t give a motive for the shooting but did say no others were injured in the attack.

It is being rumored on the internet that the shooter was a former employee.  MolsonCoors has been undergoing layoffs as part of a corporate restructuring.

That didn’t stop Politico and MSNBC reporter Zach Everson from making it worse by being a piece of shit. 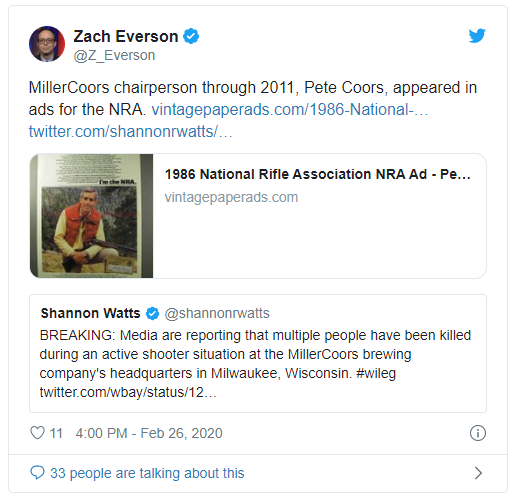 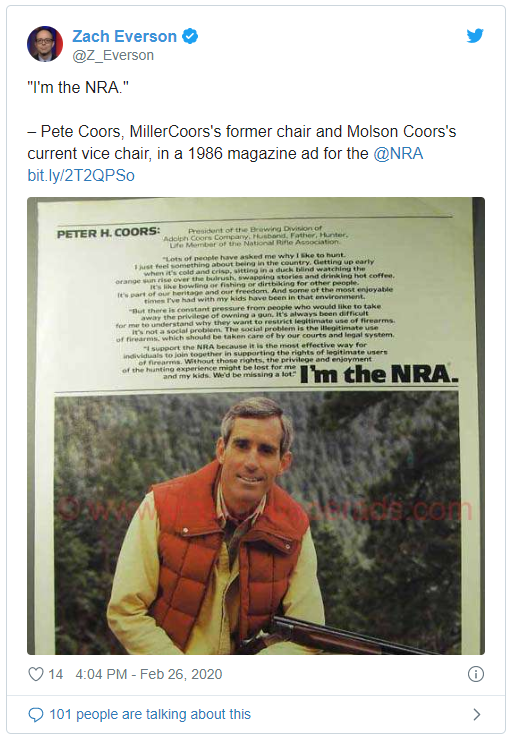 Here is the ad: 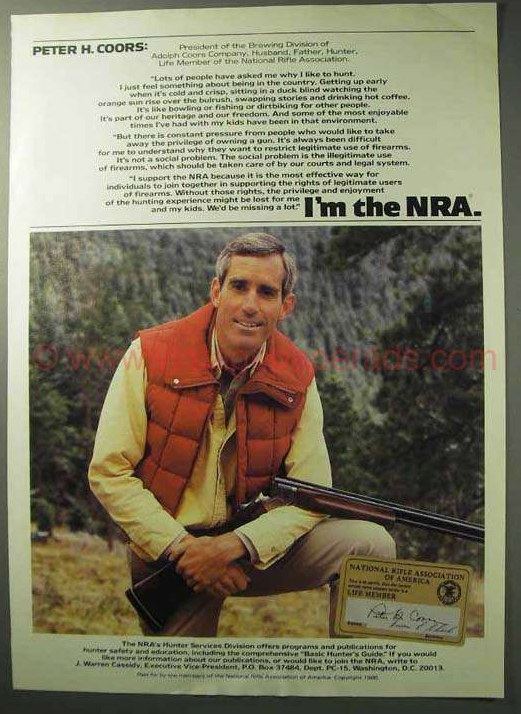 Peter H. Coors supported the NRA more than three decades ago because he loves duck hunting.

What does this 34-year-old ad have to do with today’s shooting?

Abso-fucking-lutely nothing.  Nothing at all.

Except that someone in Everson’s perverted mind, it must justify why five innocent employees were killed in the facility.

This is not journalism.  This is a sickness brought on by hate.

These sorts of anti-gun people are not our moral superiors, they are angry human garbage.