Mom Demand in Nashville: It is all in the angle…and sometimes not even.

Moms on their usual self-congratulatory post about how they faced the barbarian NRA hordes. 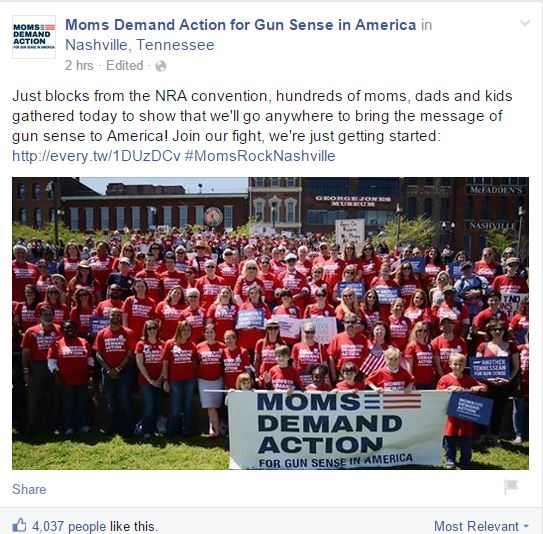 And the pic itself:

But all is not quite what it seems. The photo kinda looks funky, right?  Mike V show us why: 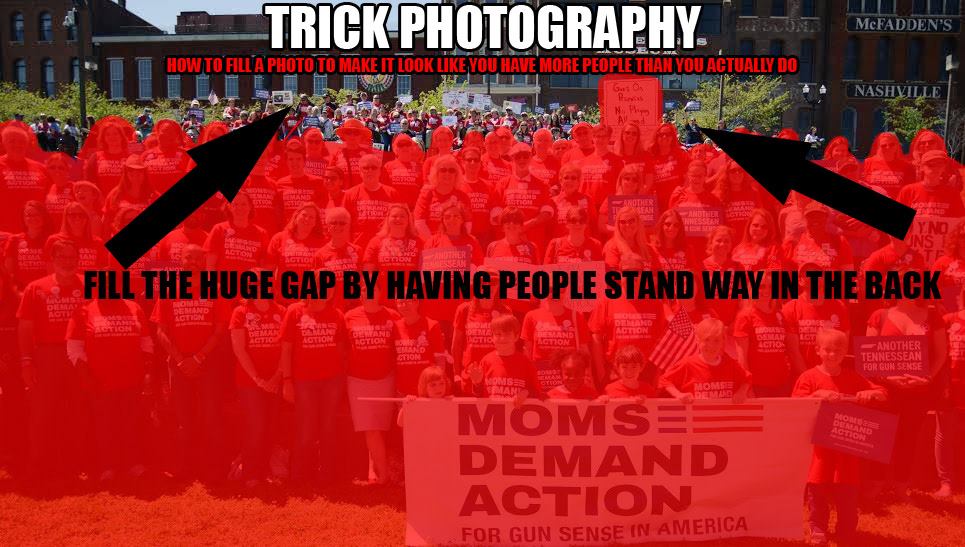 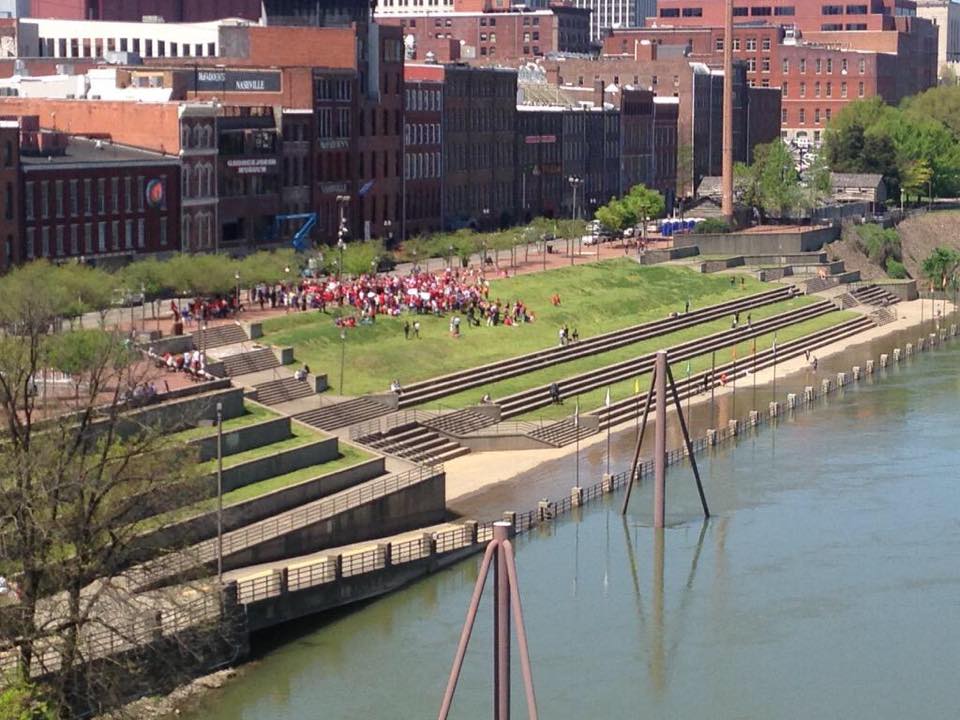 The last photo was stolen without shame from Bearing Arms and there are more pics in the article.  Don’t forget to say thanks to Bob Owens everybody.

Bob points out in his article that the promised 400 protesters never materialized and that perhaps only less than half at best showed up. What happened? My guess, this was Nashville and not Indianapolis where even being the area of operations for Shannon Watts and supposedly she would be able to gather more people, they did not manage to get a huge crowd last year.  I am guessing this year it actually meant for people that they had to suspend their lives and travel out of their pockets (unknown how many people were bused and complimented on lodging) and real life activism is hard if you are astroturf.

I am not the only one that thinks Moms Demand might be beginning to be a serious contender against Gun Rights. There are certain small things here and there that indicate they do not have the attention of  the mainstream media and certainly when they do, like in the case of the New York Times editorial earlier this week (National Review still has the original text) leaves them with a black eye and a further lowering on their reputations.

I think Bloomberg is shifting more towards Everytown and as a lobby at State level than Shannon at National Level as she has failed to provide with a substantial and provable win anywhere. I know they are working hard in Oregon with a legislature and governor fully locked in the democrat ticket, but even so they do it with Bloomberg’s influence behind the scenes.

The Brady Campaign has been pretty much irrelevant for a while now. And with both Bradys passing, I think we can pretty much say they will be gone soon. But they lasted this long because they believed in their cause, wrong as it may be and did go the grassroots way. That their patch of grass was not as they thought it would be is a different story.

But this does not mean we ignore MDA. We will keep pushing and show them for the liars they are until they become the Gun Control joke Rosie O’Donnell and the Million Mom March became.

And then we take on the next opponent. The fight never ends.

16 thoughts on “Mom Demand in Nashville: It is all in the angle…and sometimes not even.”