Moms Demand Activist with restraining order was and is still working for Shannon. (UPDATE)

Erika Quinn who described herself as a Moms Demand Action leader for Oklahoma, was ordered by the courts to remain 300 yards or more away from the children named in the order, as well as surrender any and all firearms that she may own.

First things first: The original protective order was issued in April of 2013 and expired in April of 2014. I was not able to see if there are any other POs so for all intents and purposes, she does not have one active. 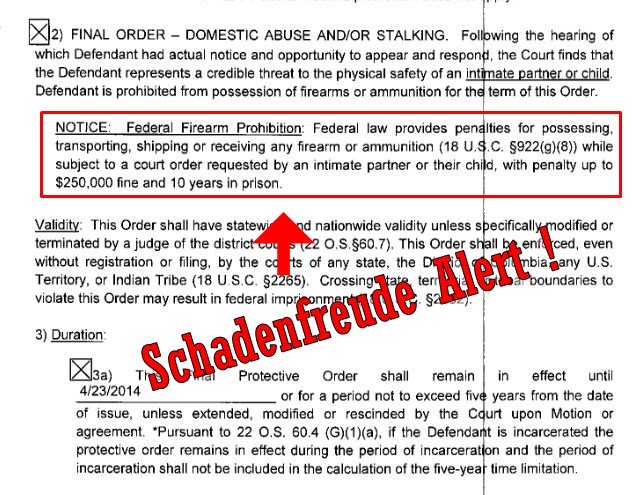 Apparently Moms Demand HQ was not very impressed with her RO as it seems she continued to do their bidding (The Moms Demand Action-OK Facebook page appears to be run by Ms. Quinn) and she was at the NRA Annual Meeting which occurred just as that Restraining Order expired: 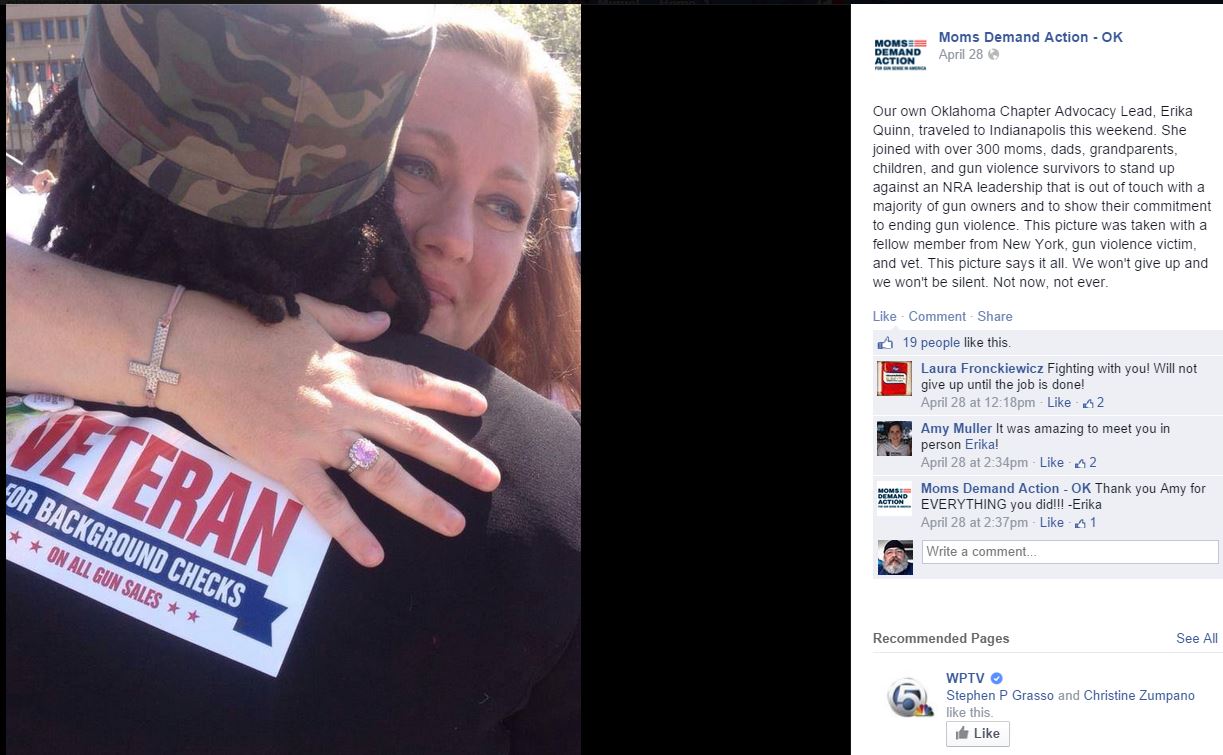 I am gonna keep looking around. If you think about it, Moms Demand being part and parcel of Illegal Mayors Against Guns had to have her share of people getting into trouble with the law.

UPDATE: Ms Quinn appears to be of the “Guns for me but not for Thee” Club. From her no deceased Twitter account: 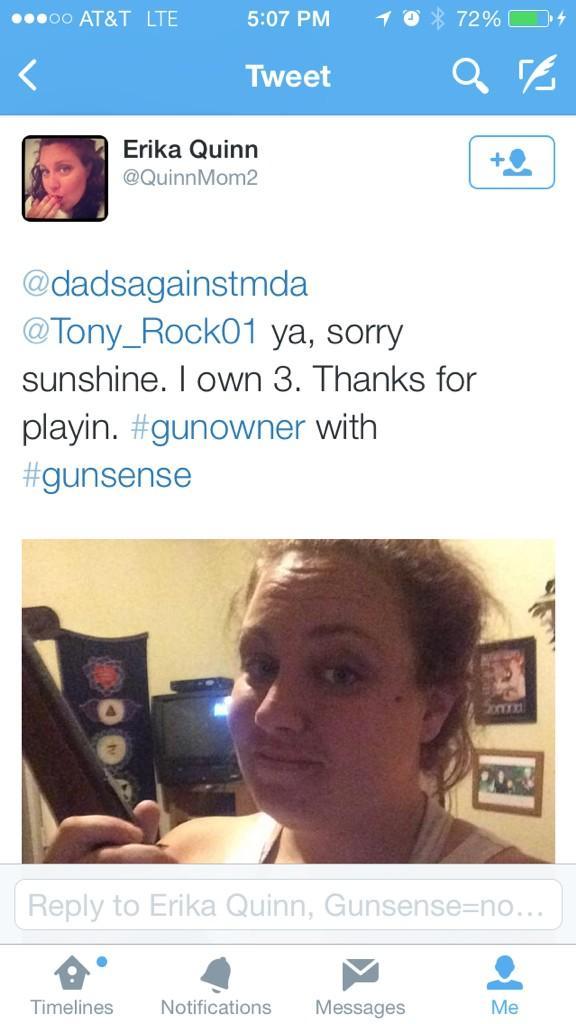 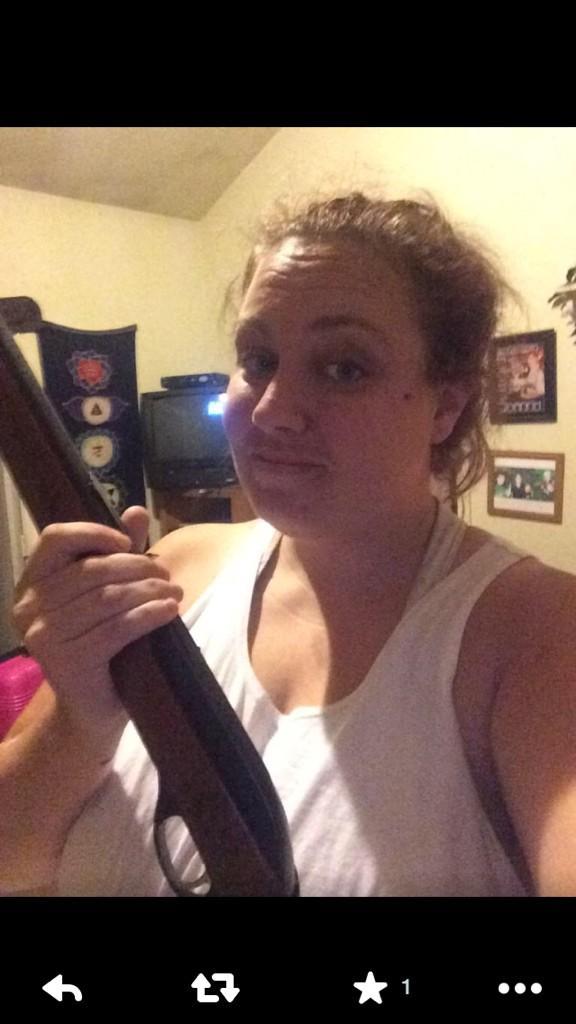 Did the Other Moms ask if she had guns in the house before they came in and let their rugrats play around? Doesn’t she know that wit a gun in the house her chances of being murdered increase by 44 orders of magnitude? What was she thinking?!?!

6 thoughts on “Moms Demand Activist with restraining order was and is still working for Shannon. (UPDATE)”