Bloomberg/Peron: People of America! I send you the Rainbow of Zionsville!

On September 23, Moms Demand Action for Gun Sense in America founder Shannon Watts embarks on a seven state “road show” for gun control candidates.
Stops will be made in California, Connecticut, Illinois, Minnesota, Maine, Maryland, and Oregon in the coming three weeks. There will also be a stop in Seattle, Washington, to push Initiative 594–the gun control initiative being funded by millionaires and billionaires like Bill Gates, Steve Ballmer, Mike Allen, and Michael Bloomberg.

So Shannon is in a Magical Tour to support mid-term election candidates but strangely, mostly in states where Gun Control is well planted and with little challenge from evil pro gun candidates.

This has to be part of the Everytown Gun Sense Voter campaign in which they copied the NRA and sent questionnaires to politicians in re-election mode. If the results they got back are like the ones in Florida, it is understandable why they kept the tour so short: 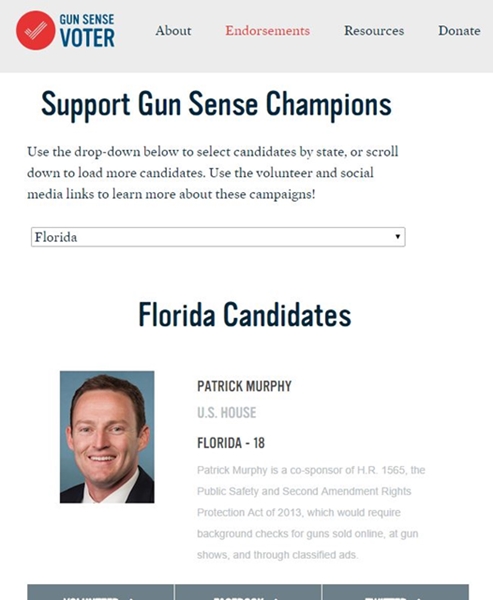 Out of the possible 27 congressional seats that Florida has, Everytown/Moms Demand managed to get ONE candidate to support.

Make no mistake: Shannon will be given the full court royal treatment and will be portrayed as prime example that Americans want Gun Control as if she was traveling all 57 states instead of 7.  But they need to make noise and not risk being seen as failures so they will play only in houses where they can get 100% collaborations without the risk of being embarrassed by bigger pro-gun demonstrations as it has happened in the past.

(Again, cue to the music of Evita’s Rainbow Tour)
BLOOMBERG/PERON and OTHER GUN CONTROL OFFICERS
Let’s hear it for the Rainbow Tour
It’s been an incredible success
We weren’t quite sure, we had a few doubts
Would our Shannon win through?

And the answer is….