Shooting inside a mall! The horror! 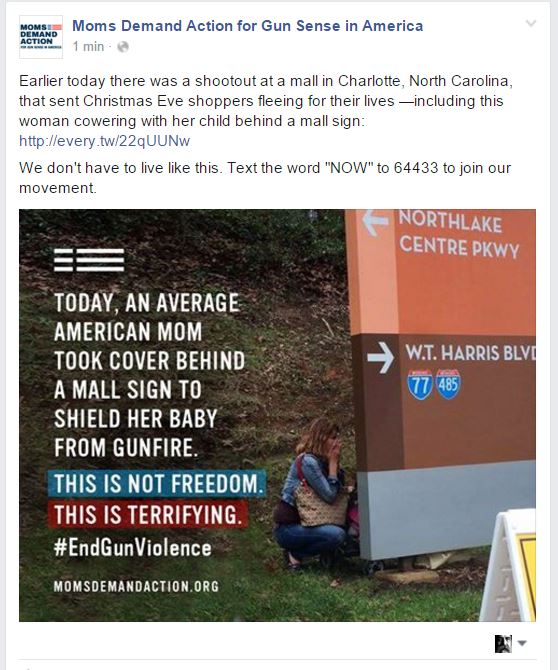 So what was it? another unhinged White Christian Redneck NRA member? Because you know they are the only ones doing Active Shooting situations, right?

Police working at the mall responded. CMPD Chief Kerr Putney said witnesses told police that when off-duty officer Thomas Ferguson reached the scene, one of the gunmen turned and pointed his weapon at Ferguson.The officer fired his service weapon, Putney said.
Daquan Antonio Westbrook, 18, was pronounced dead at the scene. At an evening news conference, Putney said police did not know if the teenager fired any shots at the officer.
Records indicate Westbrook had a lengthy criminal record involving guns, drugs and violence.

I gave up Malls many years ago. The closest I’ve come is to a Sears automotive center located in the periphery and a uniform place to buy stuff for Halloween and only because the store was about 20 yards from one the mall’s exits. And the reason for my voluntary boycott (other than Amazon has it cheaper and easier to get) is precisely for stuff like the above: Group of feral teens deciding to redress perceived “disses” somewhere between visits to GameStop and Bath & Body Works. Shootings inside malls are not uncommon, in fact, they are probably more repetitive than your actual Mass Incident. Days before this one in North Carolina, there was another in Wisconsin, but somehow it did not grab the attention of Shannon and Company.

This particular Mall shooting did catch the attention to the Moms and what I found fascinating is that as usual, the Pavlovian response to a shooting inside this type of establishment was “ZOMG! ACTIVE SHOOTER!” and when it turned out to something different, the MDA puppies decided to keep barking and change the meaning rather than admit error:

They love moving them goal posts, don’t they? But that is fine as normal decent people get to see the kind of self-deluded creatures they are and stop taking them seriously. The more they lie (on purpose or because a severe case of mythomany) the more holes they add to the hull of their already sinking ship.