NBC Out does damage to the gay community

NBC Out is the “NBC section of NBC News.” 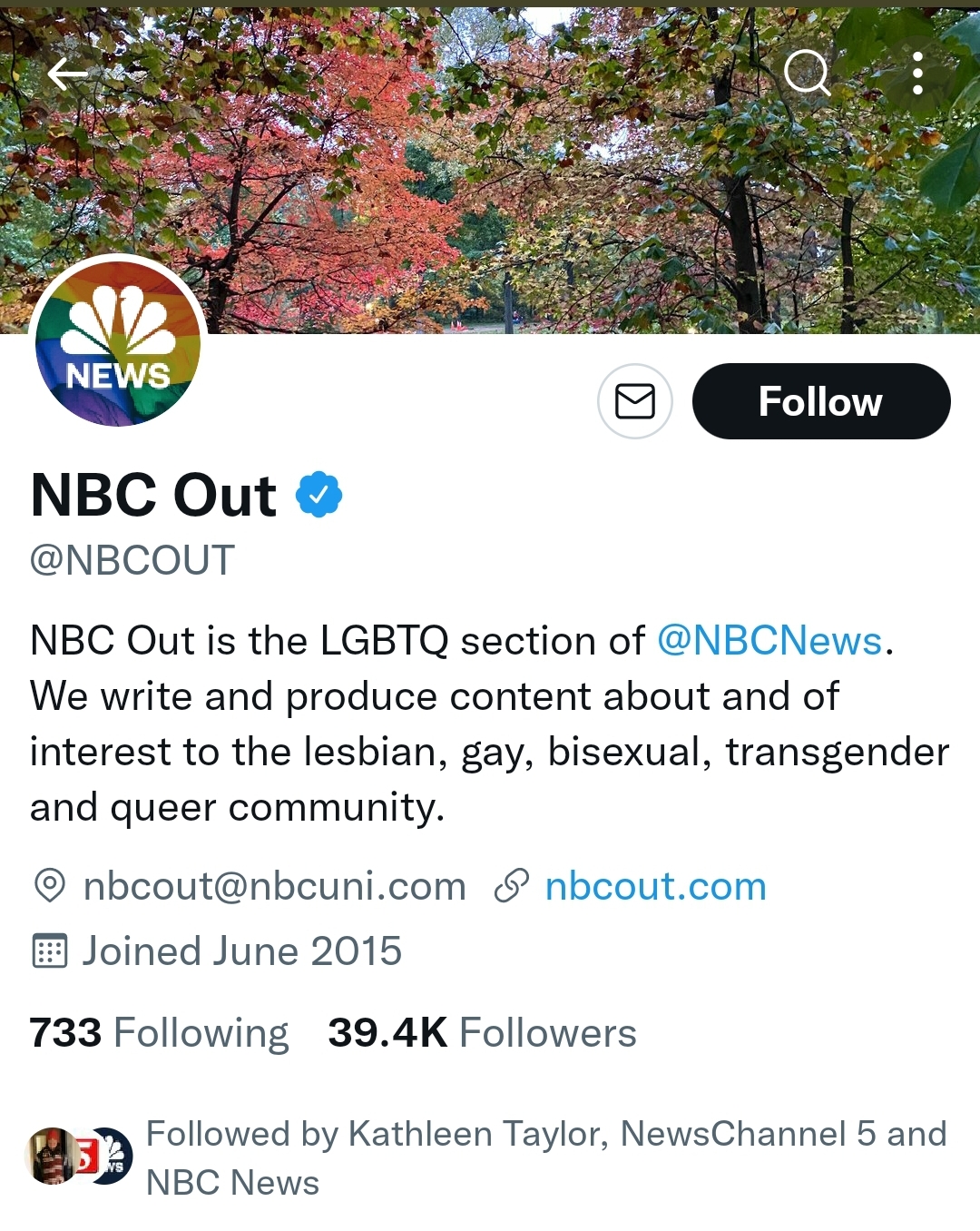 NBC Out is, as you could probably guess, very pro-gay.

It was supposed to be a “hot boy summer.” Then came monkeypox.

Over 100 people, mostly gay and bisexual men, told @NBCOUT how the outbreak put their long-awaited plans on ice. https://t.co/L0wUiTaUW4

The article linked in the Tweet really is something to behold.

How monkeypox spoiled gay men’s plans for an invincible summer
Queer men across the U.S. talked to NBC News about the dates they never went on, the sex they never had and the gatherings they avoided due to the viral outbreak.

For many gay and bisexual men, the sprawling and chaotic monkeypox outbreak has upended a summer that was supposed to be a well-earned opportunity — following the peak of the Covid crisis — to finally have some fun and revel with their gay brothers without the threat of viral infection hanging over them.

Lost amid the frantic media and public health reports about monkeypox epidemiology, the delayed vaccine deliveries and the squabbling over how best to communicate about the virus are the millions of GBTQ people whose happiness, well-being and connection to one another have in many cases been considerably compromised by the mere threat of monkeypox infection.

Dr. Alex Keuroghlian, a psychiatrist at the LGBTQ-health-focused Fenway Institute in Boston, said the outbreak has “been extremely distressing for community members and is also triggering in that it harkens back to the early days of the AIDS epidemic. It has a chilling effect on people’s sense of community, cohesion and belonging.”

Over the past 10 years, the introduction of PrEP, the HIV prevention pill, and the emergence of landmark studies proving that successfully treating HIV blocks transmission of the virus have cultivated a resurgent sexual liberation among many GBTQ people. Long-standing anxieties about HIV have eased, and hookup apps have made meeting sexual partners as convenient as procuring takeout — hence the term “ordering in.” As a result, people like Rojas have felt free to explore and revel in sex in a way queer people haven’t since the AIDS epidemic brought to a crashing close the sexual freedoms gay men enjoyed during the 1970s.

“Post-Covid,” said Rojas, recalling how he experienced the free-spirited bacchanalia into which monkeypox arrived in New York City this spring, “everybody went crazy, and there were sex parties all over town.”

The article goes on but that last paragraph is enough.

Here’s the gist of it.

After two years of COVID paranoia coming to an end, the gay community was ready to celebrate by fucking and sucking everything they could in an absolute bacchanalia of anonymous promiscuous unprotected sex.

Rather than learn that such behavior was what caused the HIV epidemic in the 1980s and avoiding it, they used PrEP to reduce the risk and carry on with the sodomy.

(On a side note: If there was ever an argument against PrEP, this is it right there.  A drug that was supposed to help people after accidental HIV exposure is now fueling wanton anonymous gay sex parties.  At a cost of $21,000 per year, I’m offended that the insurance risk pool is covering that.)

And this caused gay men to suffer emotionally and not feel a sense of community.

The thing is, NBC Out, in trying to generate sympathy for the gay community, just didn’t read the fucking room.

That is under normal circumstances.

Now consider that we were all locked down for COVID.

We were all told that if we went outside without a mask on we were grandma killers.

Holidays and family gatherings were canceled.

We were unable to live normal lives.

Some people lost loved ones and couldn’t attend funerals.  Others missed weddings or other significant life events.

After all that, we’re expected to feel sorry that gays had to cancel a fuck fest?

This article rolled back 40 years of gay rights advancement.

It vindicated every Right-winger and moralist who condemned the AIDS epidemic of the 1980s as the result of gay behavior.

It demonstrated that the gay community was lying when they said they wanted to get married and be like everyone else and that what people used to think about the gays as debauched sexual perverts was right.

This is what happens when you lose perspective, you aim for empathy and you create antipathy.

3 thoughts on “NBC Out does damage to the gay community”