Never forget what going Woke took from the Navy

I recently came across the fascinating history of the USS New Orleans (CA-32).

The New Orleans saw some of the heaviest fighting during the Pacific war, beginning on December 7, 1941, at Pearl Harbor and continuing with action at Coral Sea, Midway, Guadalcanal, and later in the Gilbert, Marshall, Marianas, Philippine, and Okinawa campaigns. It was during the Battle of Tassafaronga on November 30, 1942, off Guadalcanal that the New Orleans sustained its heaviest damage. A Japanese Type 93 “Long Lance” torpedo detonated the forward magazines and destroyed 150 feet of hull. The impact of the explosion killed 182 men. A further 50-yard length of the ship’s bow and forecastle tore away from the ship as she struggled to stay afloat.

The Damage Control Officer on the New Orleans, Lieutenant Commander Hubert M. Hayter, and two of his men, Lieutenant Richard A. Haines and Ensign Andrew L. Forman, remained at their damage control posts despite the fact that it was filling up with toxic fumes. These three brave men were eventually asphyxiated by the fumes and perished. The ship’s chaplain, Howell M. Forgy, later wrote about Hayter, “I wondered what he thought about in those final minutes, but I knew one thing: he was not afraid.”

Following the end of the battle, the New Orleans limped back to Tulagi harbor across from Guadalcanal where temporary repairs were made to try to save the ship. After working furiously for 11 days, the crew of the New Orleans managed to get the ship in a good enough condition to sail for Australia for more permanent repairs. However, due to the temporary coconut log bow, the ship had to sail backward to prevent flooding from sinking the ship. 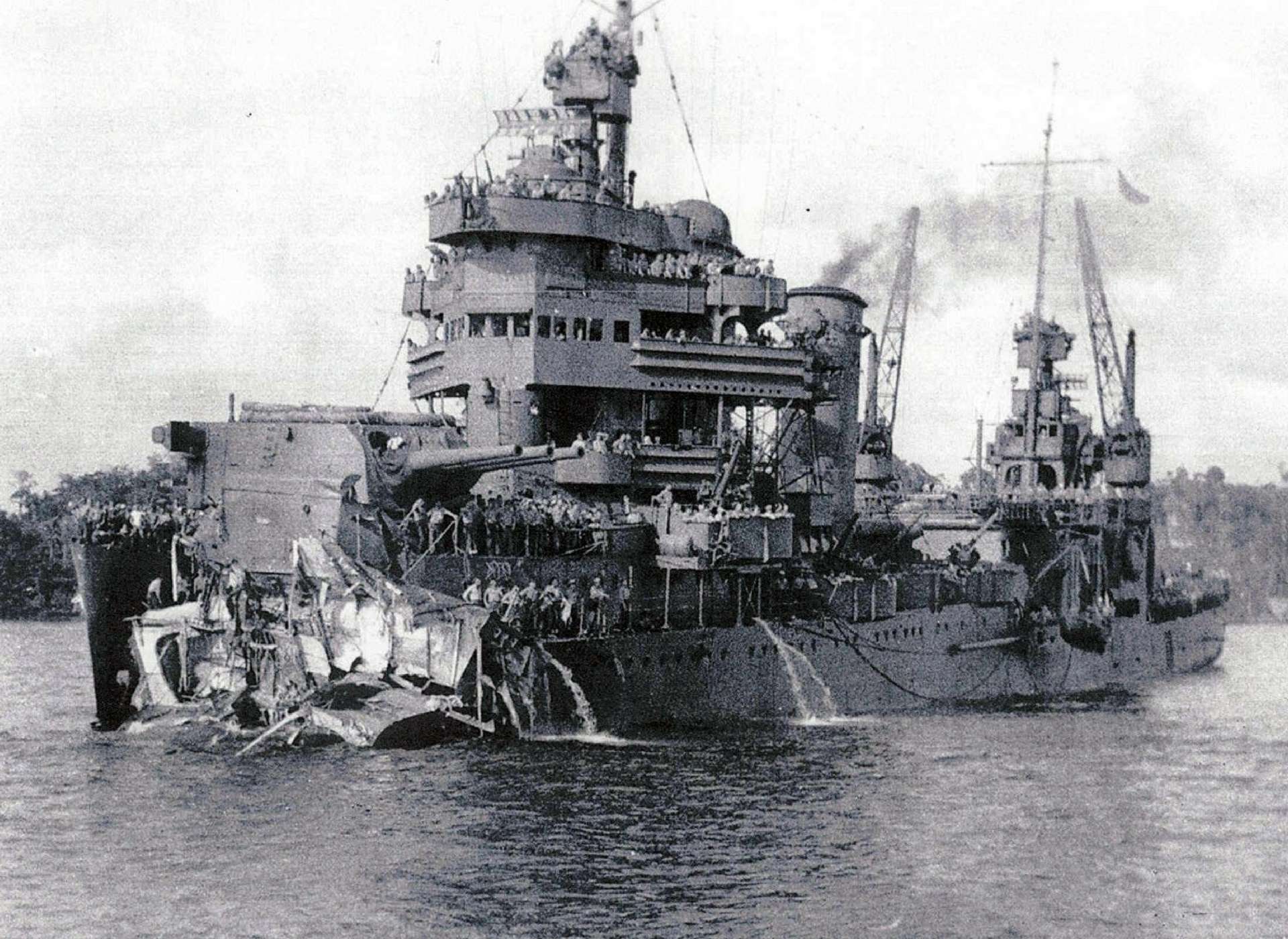 You can read the full Navy report here.

Let’s recap, the USS New Orleans is struck by a torpedo, 183 crewmen were killed, the remaining crew put out the fire, steams it to port, patches it up with local coconut logs, then steams it backwards almost 1,200 miles across the South Pacific to safe harbor for repairs.

Seventy-eight years later the USS Bonhomme Richard burned to the keel and was lost, during peace time, docked at an American port in San Diego, because one asshole set a fire.

According to The Daily Mail:

“The Navy will add two weeks of training to its boot camp program that focusing on suicide and sexual assault prevention, hazing and extremism.  It also includes the rise of extremism after several former and active military members took part in the January 6 Capitol riot.”

The last decade or so of going Woke in the military has done more damage to our Navy than all the Tojo torpedoes.