No mean Tweets for $5 a gallon

Pain at the pump: Americans are warned to budget for $5-A-GALLON gas as oil prices surge during Russian invasion of Ukraine and US national average rises to $3.61 – up $1 from a year ago, according to AAA

Americans can expect to see gas prices to rise to $5 a gallon in the coming weeks, as the cost of oil continues to rise in the days following Russia’s invasion of Ukraine, experts say – and some parts of California already are.

‘We’re getting closer to seeing our first ever major city gas price average reach $5/gal,’ Patrick De Haan, head of petroleum analysis at GasBuddy, tweeted Monday, as the national average soared to $3.61, which has since spiked to $3.72 as of Thursday.

The national average as of Thursday is $3.72 a gallon, up 37 cents from February and about a dollar from a year ago, AAA data shows. The increase for the year can also be attributed to inflation and supply chain issues, which were then exacerbated by the Russian invasion.

De Haan says that Americans will see the average rise to $4/gallon before the end of March – nearing the highest-ever recorded national average of $4.11, recorded in July 2008 during America’s Great Recession. 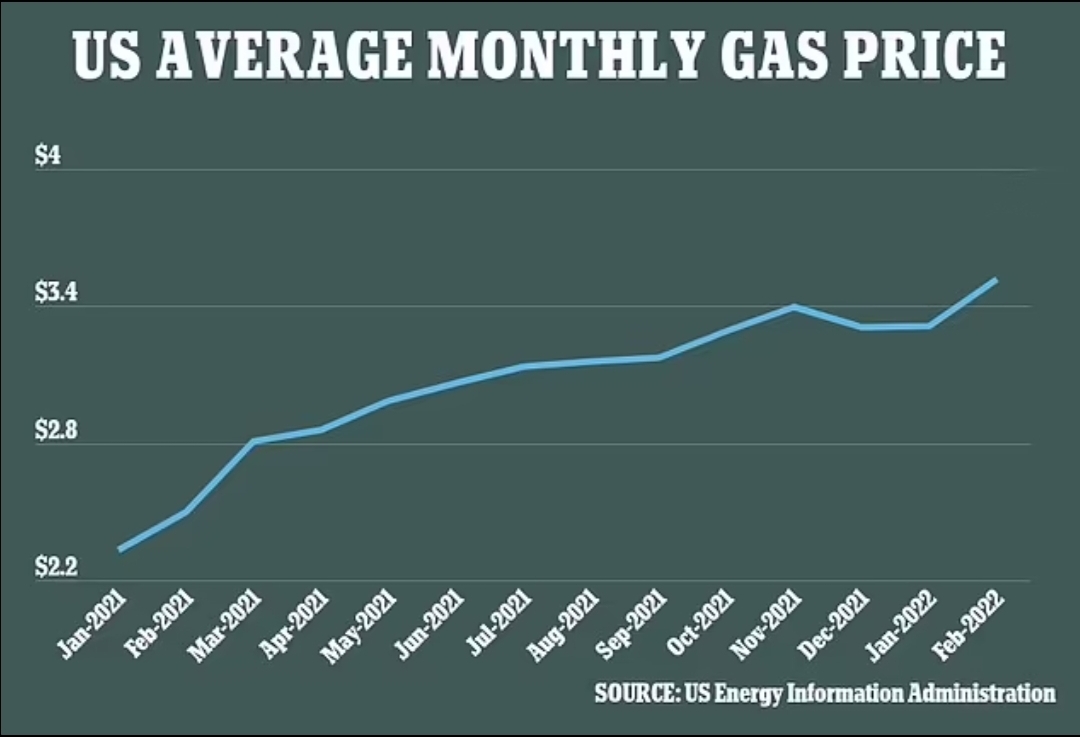 I just filled her up again and it cost just shy of $50.

I remember filling up the old Chevy pickup with a 26 gallon tank under Obama for $100.

More than $60 to fill up a small car is such and absolute kick in the dick to middle Americans.

And it’s only been a year.

Fuck this administration and everyone who voted for it.