No “wink-wink” when dealing with Firearm Laws.

At a certain Interwebs forum, one person was asking about building an AR “from scratch” that being starting with the 80% receiver but he had doubts about the legality of doing so according to his reading of Federal Law.

Most of the responses by others assured him that it was totally cool and within the law, reinforcing that part of you are building for your own personal satisfaction and you will not engage in the business of manufacturing firearms . Some others kept bringing the same concept with the added “selling down the road” or “in a future” expressions in a way that might suggest  being less than upfront.

Now, as far as I know yes, you can build a firearm for personal use without needing a license and I think even having a serial number. But you cannot sell a firearm you built yourself. I am no expert on the subject and the reason is I don’t plan on building one anytime soon. But what I can do is go straight to the source, in this case the ATF:

For your information, per provisions of the Gun Control Act (GCA) of 1968, 18 U.S.C. Chapter 44, an unlicensed individual may make a “firearm” as defined in the GCAfor his own personal use, but not for sale or distribution.

As for the wink-wink part, do I have to remind people who the Internet is forever and that the ATF has the sense of humor of an alligator in rut with a case of Montezuma’s Revenge? If luck decides to un-smile upon you and merit a visit from your local gun agent, they will look into your computer and if they have a chance look at whatever you posted. The wink-wink could very well be construed as conspiracy to violate federal firearms laws and get your sorry ass arrested for it. And even if you win the trial (which might be doubtful) you will be broke, old in spirit and you will never be left 100% alone by the Feds.

So, if you don’t know a particular of a federal firearm law, be smart: talk to a lawyer who specializes on that branch of the law, contact the ATF via mail so they respond in kind and you have tangible evidence, and ignore the gun forum experts that probably know less than you, but won’t be serving your time in federal pen either. 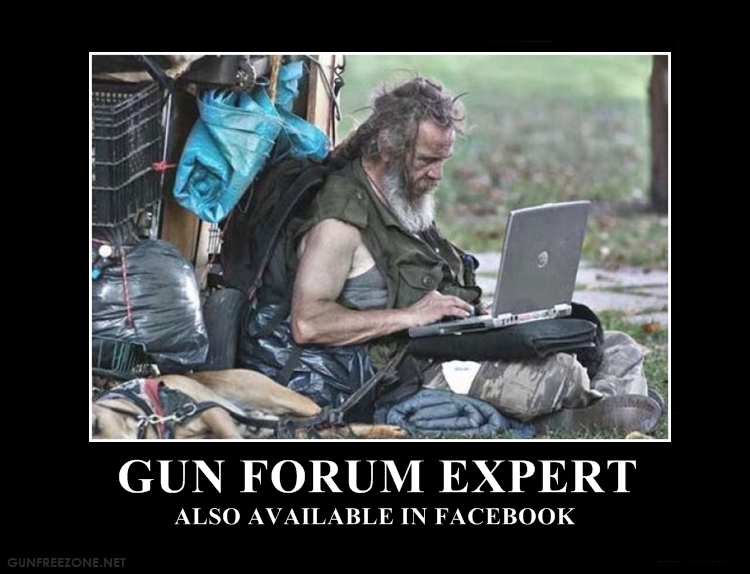 One thought on “No “wink-wink” when dealing with Firearm Laws.”