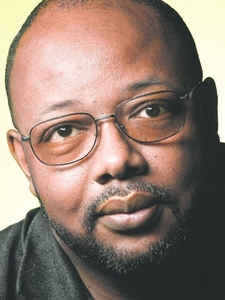 The sad thing is, there is no — repeat, no — inherent or insoluble conflict between the desire of some of us to have access to guns for sport and self-defense and the desire of others of us to keep dangerous people from possessing those weapons. Decent, moderate people, working from both sides of the question, could probably hammer out ideas to safeguard both imperatives in an afternoon. Problem is, gun owners’ interests are represented not by decent, moderate people, but by the NRA, an extremist gang for whom even the most modest regulation is a brick in the road to tyranny.

Source: Leonard Pitts Jr.: Even the murder of children is ‘bearable’ | Miami Herald

Mr. Pitts column refers to the killings of Allison Parker and Adam Ward by Vester Lee Flanagan II, a black man who just like Mr. Pitts has demonstrated in his many columns, blames almost everything on Racism.

Now, Mr. Pitts has long time admitted to his ownership of firearms and I have no reason to doubt him. But what I find fascinatingly stupid is that he rather badmouth the NRA who might be pretty much the reason that he, as a human being of the African-American persuasion, can have guns. It was not the NRA who created the Jim Crow laws that effectively kept the black population from arming themselves and fight off racists in the South (and even the North) it was the forefathers of the current Liberal movement, bent in restricting Gun Rights who crafted those nifty regulations that demanded showing to have “a good cause,” or presenting two reference letters from prominent business or political leaders, or leaving it at the discretion to the local chief of law enforcement to act at his discretion on firearms.

And as for extremist gangs, Mr. Pitts gladly ignore the real gang issue in our fair county. Maybe it is also race-induced self-censorship, but he joins the many other mute voices that make you think Miami is a Gang-Free Zone.

I think it is time for Mr. Pitts to put some real effort and abandon the mental plantation of Liberalism. Join the free world!