Officer cleared in the shooting of Ma’Khia Bryant.

I am sure you remember this case from last year:

The officer has been cleared of any wrongdoing (and rightfully so), but two things keep popping up that tick the hell out of me. First is the “Trayvonization” of Ma’Khia Bryant. By that I mean she is literally portrayed in image as a peaceful happy child rather than the violent woman armed with a knife, half a second away from inflicting a deadly injury to somebody unarmed and non-aggressive.  Just like to this day the image of Trayvon Martin is of that cute 12-year-old in a white hoodie rather than the late thug teen smoking and flipping the bird to the camera acting all gansta. 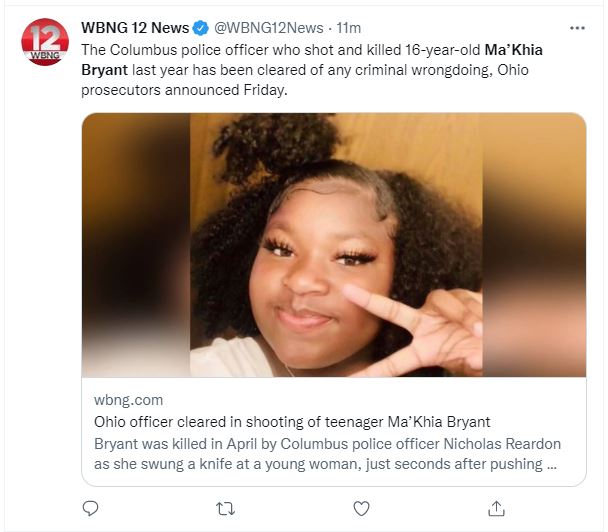 All the media outlets I checked have managed to keep the racial component out of their wording. No need for them to add anything since there are plenty of people in the comment section adding it. And then, there is the second part that ticks me off: Those Internet experts in the Use Deadly Force graduated from the University of TV Shows and PHD From the Jackie Chan Disarming Program. 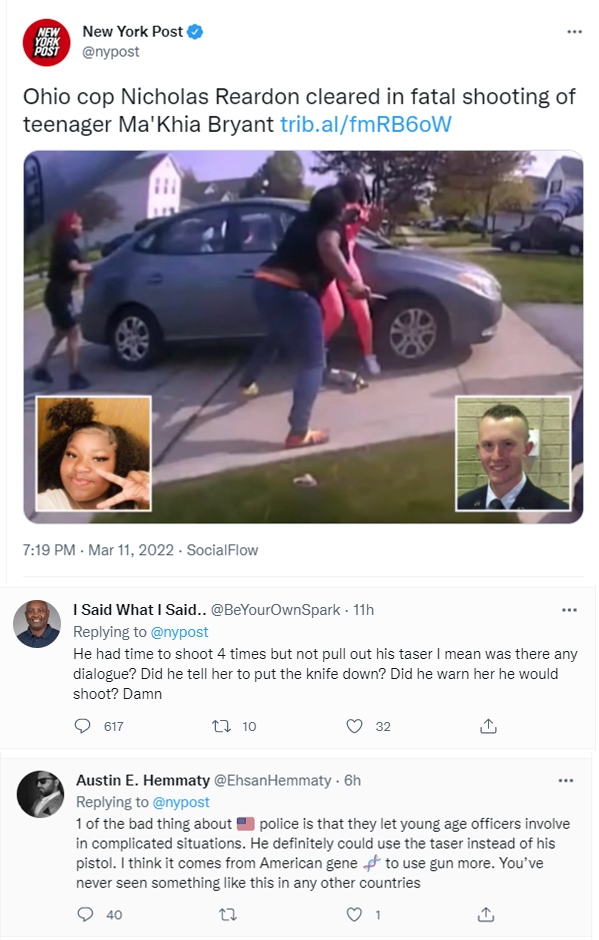 I just would like to ask these idiots one simple question: How many stabs to the abdomen and chest would they be willing to take as long as the cops use “dialogue” and taser (with a 50% failure rate) on their attackers? One? Five? As long as it takes? Till the coroner picks up their body?

4 thoughts on “Officer cleared in the shooting of Ma’Khia Bryant.”