OK, fuck this: Just slap them.

J Kb sent me this one:

Marvel comic panel in which a white girl explains to a Latina
character why Latinx is a more inclusive term and Spanish is wrong. 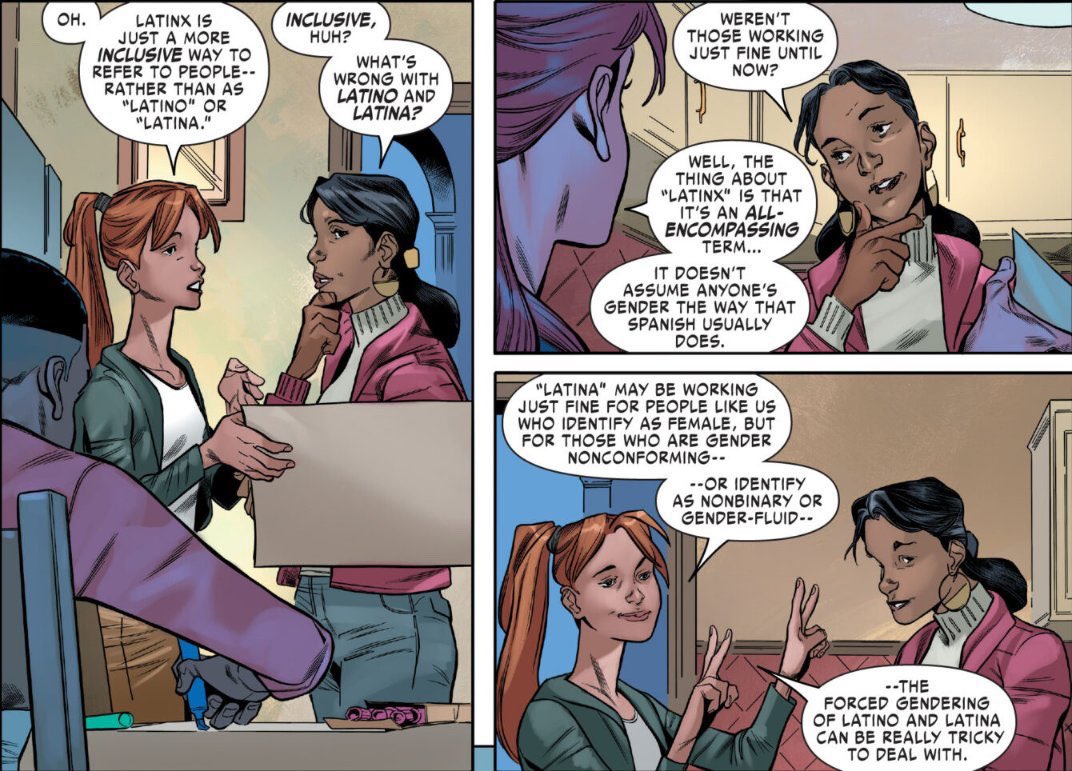 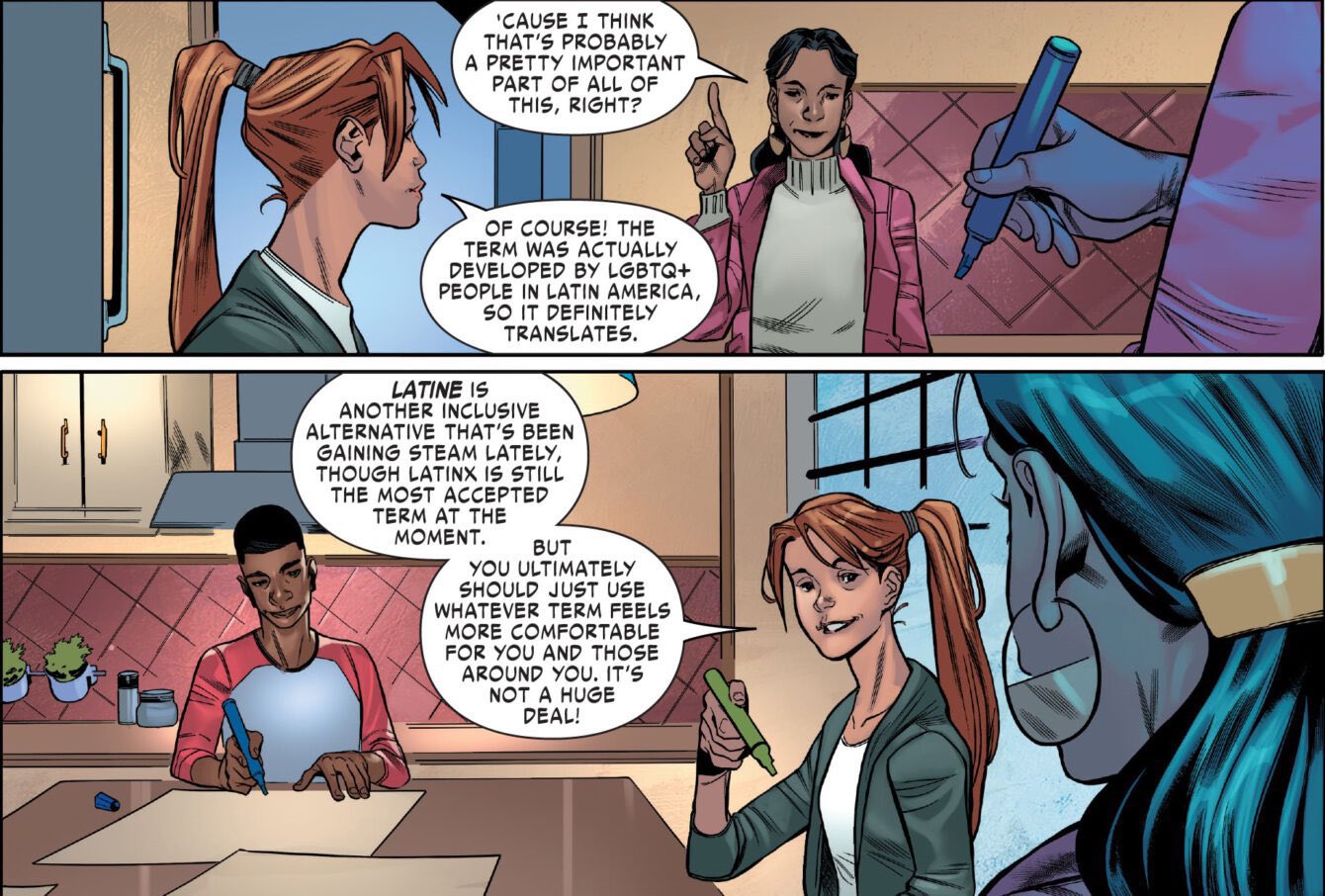 And he hits it right in the head: It is condescending.  And what is more, it is offensive in its racism. We have us some young adolescent White bitch disrespecting mom and calling her ignorant of her own race’s denomination? The kid, apparently the son, sits there without a reaction and probably even approvingly, hoping that Miss Bitch does not friend-zone him and rubs the front of his jeans at a later date.  True Latino would be raising bloody hell while holding conceited bitch by the throat and explaining in very loud terms you do not insult mamá.

And as for fluid language, since Spanish has been Spanish, the genre of the term Latino is either male or neutral depending on its application. I believe that this usage of Latinex does have to do with “inclusivity” because the language does not allow for alternative uses of gender in fluid individuals which is a lie: We have Latinos, Latinas and the following adjectives to those they are trying to push under the “x” umbrella: maricones, pendejos, sadicos and degenerados.

PS: And “Latine” is a dash too close to latrine. You really want to go with that one and be able to eat solid foods after saying it?