Open Carry: When you keep doing it wrong.

Reader Dave alerted me of this case about a week ago via the Ammoland.com article.  I did looked into it a bit further and I found out it gets worse. 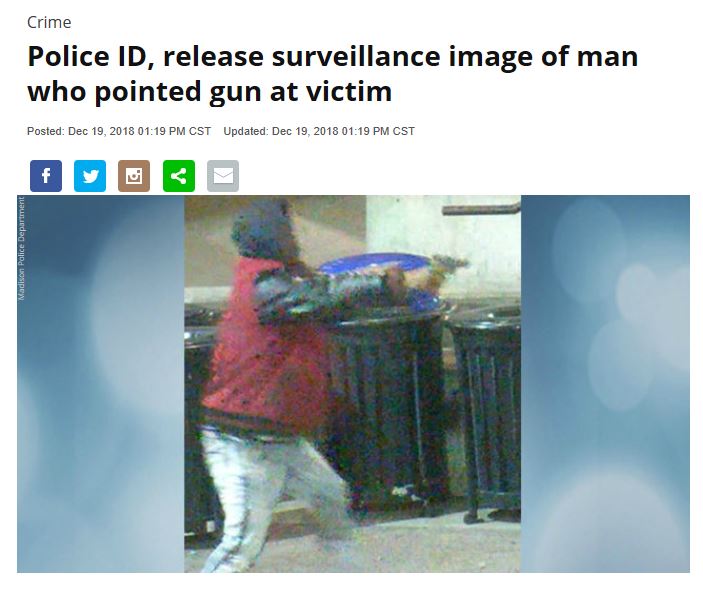 According to a release, a 27-year-old man from Black Earth was openly carrying multiple firearms in the area when 39-year-old Melvin F. Bogus took a handgun from him during a verbal exchange. Bogus then pointed the gun back at the man who aimed another gun back, the report said.

And pry why and how was Mr. Bogus able to get the firearm?

The victim’s friend told police his friend was trying to make a statement about the right to bear arms, and had been on State Street a couple of times practicing open carry, police said. The friend also told police another one of their goals that night was to get phone numbers from women.

Let me get one thing out-of-the-way: You two, stop helping! Trying to score babes’ phone numbers is not how you advance the cause!

Next. Yes, it is your God-given right to carry a gun, but that does not absolve you from exercising a minimum of common sense. Why is it so difficult for some Open Carriers to use a holster with a retention device? Is it an affront to their manhood or what? Do you have a right to have and carry a gun in your personal vehicle? Yes! Is it sensible just to toss it in the back seat in plain sight and leave it there while you go shopping in Whole Foods? Of course not.

Retention holsters are expensive, I know that. But in this case, the medical bills would have been several times larger if the snatcher would have shot the OC gentleman. Get a good retention holster and if possible find a class on weapon retention.

Once again, yes it is our right to carry, but we don’t have to be stupidly unsafe about it.

2 thoughts on “Open Carry: When you keep doing it wrong.”