If it is good for convicts, it should be good for journalists. 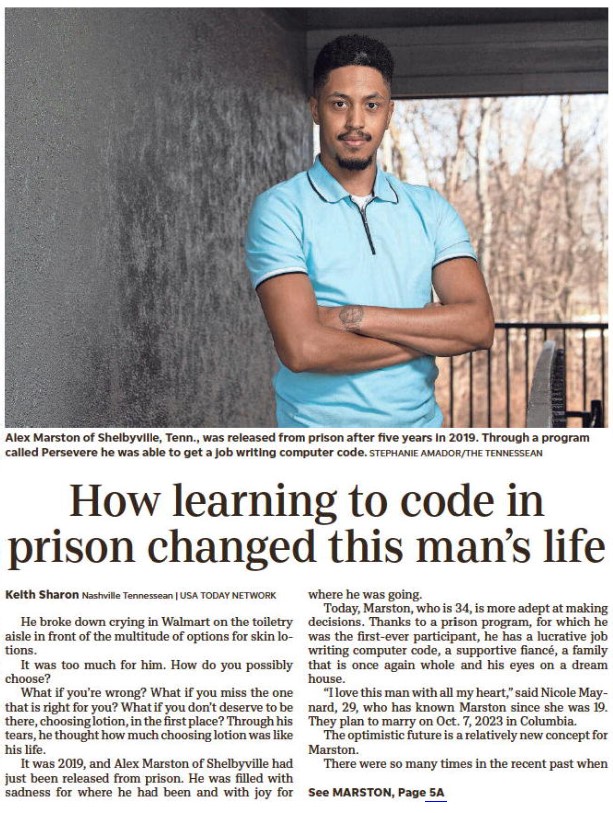 Aren’t we due for another round of journalists being let go from some self-important Media Outlet?

A strike against the GCA of 1968 as amended – UPDATED

B.L.U.F. — Parts of the GCA of 1964 have been found unconstitutional

Zackey Rahimi is not a good person. He seems to be a pretty nasty piece of work from his pre-sentencing report. Regardless, he challenged his conviction as a prohibited person in possession of a firearm on constitutional grounds.

Between December 2020 and January 2021, Rahimi was involved in five shootings in and around Arlington, Texas.1 On December 1, after selling narcotics to an individual, he fired multiple shots into that individual’s residence. The following day, Rahimi was involved in a car accident. He exited his vehicle, shot at the other driver, and fled the scene. He returned
to the scene in a different vehicle and shot at the other driver’s car. On December 22, Rahimi shot at a constable’s vehicle. On January 7, Rahimi fired multiple shots in the air after his friend’s credit card was declined at a Whataburger restaurant.

Officers in the Arlington Police Department identified Rahimi as a suspect in the shootings and obtained a warrant to search his home. Officers executed the warrant and found a rifle and a pistol. Rahimi admitted that he possessed the firearms. He also admitted that he was subject to an agreed civil protective order entered February 5, 2020, by a Texas state court after Rahimi’s alleged assault of his ex-girlfriend. The protective order restrained him from harassing, stalking, or threatening his ex-girlfriend and their child. The order also expressly prohibited Rahimi from possessing a firearm.

A federal grand jury indicted Rahimi for possessing a firearm while under a domestic violence restraining order.

Rahimi claimed that 922(g)(8) was unconstitutional. The district court disagreed and found him guilty. Rahimi then appealed and the fifth circuit upheld his conviction.

After Bruen the fifth circuit court withdrew its opinion and ordered this case back with supplemental briefings and to expedite the case for oral arguments.

In the original appeal the government argued that United States v. Emerson, 270 F.3rd 203 (5th Cir. 2001) had already argued the constitutionality of 922(g)(8). In 2001 the fifth circuit applied a means-end scrutiny (not documented) and determined that 922(g)(8) was narrowly tailored to the goal of minimizing the threat of lawless violence.

Because the law was “narrowly tailored” and had an acceptable goal, the circuit court “balanced” Emerson’s rights away.

On February 2nd, 2023 the Fifth Circuit court of appeals issued this opinion on United States of America v. Zackey Rahimi

The question presented in this case is not whether prohibiting the possession of firearms by someone subject to a domestic violence restraining order is a laudable policy goal. The question is whether 18 U.S.C. § 922(g)(8), a specific statute that does so, is constitutional under the Second Amendment of the United States Constitution. In the light of N.Y. State Rifle & Pistol Ass’n, Inc. v. Bruen, 142 S. Ct. 2111 (2022), it is not.

This is another brick. The wall of gun control laws is being dismantled. Mr. Gun Control, tear down the wall!

And he isn’t going to be given a choice.

So far, the biggest loss we’ve suffered is in the second circuit where they have issued stays against injunctions against the CCIA.

A huge difference from even a few years ago.

Yes, I had surgery. No, not for that.

I guess I need to update “Only one rule: Don’t be a dick.” to include dick jokes? LOL.

Back in September, I found out I had a hernia. I tried to delay surgery as much as I could until my Sick Days kicked in in April and the amount of accumulated PTO I have will not cover recovery time. But this thing got progressively more painful even with hernia trusses, it seemed the chances of becoming strangulated were raising, so I decided to go ahead and get it fixed.

I had a robotic surgery which looks like OC Doc of Spiderman’s fame is using you as pin cushion. Here is a video of a similar surgery.

I am back home, trying to find a comfortable way to go to sleep (failing) and figuring out how long can I do without painkillers. Maybe it is an irrational fear, but after an experience with Oxy in which my body seemed to forget how to breathe automatically, I don’t like to take stuff like that to go to sleep.

Oh, and I was warned that opioids will make me a bit constipated. Yay! Just what I needed after an abdominal surgery: having to strain like crazy to poop and inflict more pain on myself.

And thank you everybody for your thoughts even when your word would be considered less than gentle by those of thinner skins and hypersensitive feelings. May your dicks shrivel to the shape and color of Cheetos for an hour. 😀

It’s good to tell you all that he pulled through.

Prayers for his recovery.

Hoping that his penis enlargement was a success.

Glad they had 😷 on for safety pic.twitter.com/OVgdYdXUgH

That is not funny.

That is a text book TBI.

Decorticate posture is an abnormal posturing in which a person is stiff with bent arms, clenched fists, and legs held out straight. The arms are bent in toward the body and the wrists and fingers are bent and held on the chest.

This type of posturing is a sign of severe damage in the brain. People who have this condition should get medical attention right away.

The posturing may occur on one or both sides of the body.

That is exactly what you are seeing.

That was a school bathroom fight and that boy had his brain damaged when it struck the wall or floor (hard to tell).

Fights are serious business, do not get into them.

The lawfare against Kyle Rittenhouse begins

A federal judge in Wisconsin ruled Wednesday that a wrongful death lawsuit filed by the father of a man shot and killed by Kyle Rittenhouse during a protest in 2020 can proceed against Rittenhouse, police officers and others.

The father of Anthony Huber, one of two men shot and killed by Rittenhouse, filed the lawsuit in 2021, accusing officers of allowing for a dangerous situation that violated his son’s constitutional rights and resulted in his death. Anthony Huber’s father, John Huber, also alleged that Rittenhouse, who was 17 at the time of the shootings, conspired with law enforcement to cause harm to protestors. John Huber is seeking unspecified damages from city officials, officers and Rittenhouse.

Bit Adelman is a ridiculously Leftist judge, who was centured for being a Leftist politician at the bench.

The point of this isn’t to seek justice, it is to use the civil legal system to hurt Rittenhouse by trapping him in legal proceedings intended to financially destroy him.

The process is the punishment and this judge will allow the process to do that.

Last week we asked if anybody wanted a photo heavy article on a couple of different lever actions.

You asked and I’m going to provide. First up is the Winchester ’94. We’ll be showing the differences between pre and post ’64 models.

For those that don’t know, In 1964 Winchester changed the design of the ’94. It went to a lower cost methodology. I don’t know all the ins and outs (yet) but the one that bit me is the “elevator” or “lifter”. This is the part of a lever action rifle that lifts the cartridge from the magazine tube level up to the chamber level and lets the round be chambered.

On the post ’64 model this is made from stamped sheet metal. On the pre ’64 model, it is a machined part. I’ve had zero issues with my pre ’64 Winchester ’94s. My one post ’64 gave me lots of feed issues. I believe I’ve Bubba’d that lifter back into spec. as it seems to be working.

It seems that Hagar stirred the pot but good. Last I looked there were over 25 comments on her article. She’s started her next article. I think you all will like it.

The most interesting thing I’ve read or heard regarding the Stabilizing Brace final rule put out by the ATF is the lawsuits filed. Many are being filed in Texas which is part of the fifth circuit court. A decidedly level headed circuit court, likely to follow Bruen

I’ll be keeping an eye on that case.

More stuff is happening with O.F.F. over in Oregon. Measure 114 is being challenged and of course the media is miss representing the cases. We might get an update done soon.

The CCIA in New York State has an injunction against it which is currently held by the second circuit court. There will be a hearing on the appeal in March. We are waiting for the court to release their reasoning for their stay as “suggested” by the Supreme Court.

The state of New Jersey created the “Kill Carry” bill. The first district court to hear the case issued a injunctions against the law when it showed up in her court. The state went judge shopping. Got their case in front of a different judge. This judge then passed the case to the original judge with a comment of the yeah, what she said.

When we went to “pay to comment” we lost a few readers. The numbers are going back up.

Let us know down below how we can make GFZ better for you. In the meantime, keep up the good fight