Hillary Clinton is accused of lying a lot… to the State Department… to the FBI… to the American people… pretty much all the time.  But I recently came across a tweet by Hillary that was very honest, and quite horrible. 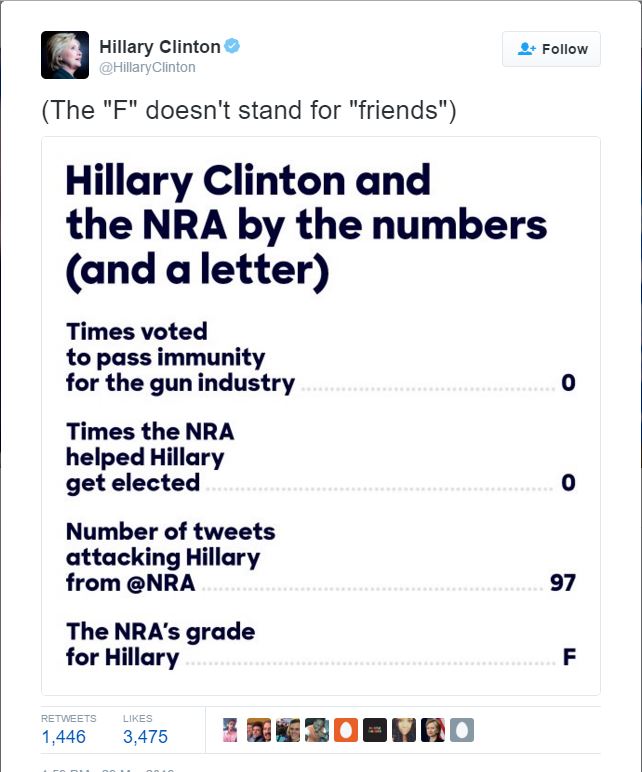 Hillary is very proud of the fact that she has an “F” rating by the NRA.

I it is both telling and horrifying that a politician would brag about that.  In the last decade, there have been three major court victories (two SCOTUS, one 7th Circuit Court of Appeals) regarding gun rights: Heller v. DC, McDonald v. Chicago, and Moore v. Madigan.  These tree cases put together say that gun rights are an individual right, that applies to both the Federal Government and the individual state governments, you can own anything in common usage, and you have the right to a gun in public.

The NRA is the largest gun rights organization in the country.  To getting an “F” rating by the NRA you pretty much take a stand against of gun rights.  This is clear from Hillary’s desire to repeal the Lawful Commerce in Arms Act.

This is a presidential candidate proudly stating her intention to not uphold the rights enumerated in the Constitution and decided upon by the Supreme Court.

Unfortunately, among the regressive left, stating your desire to squash other people’s rights has become a badge of honor.  With everything we’ve seen on college campuses recently, I’m afraid the next step in left wing politics is trying to capture the youth vote by openly condemning the freedom of speech as hurtful or “racist and insensitive.” 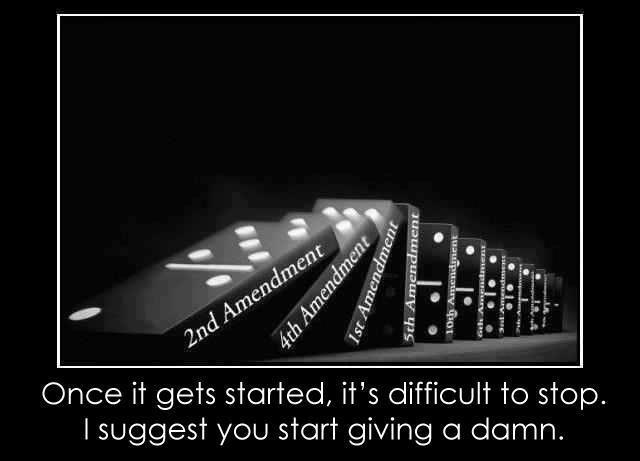