Recycling Old Arguments as an Admission of Failure. 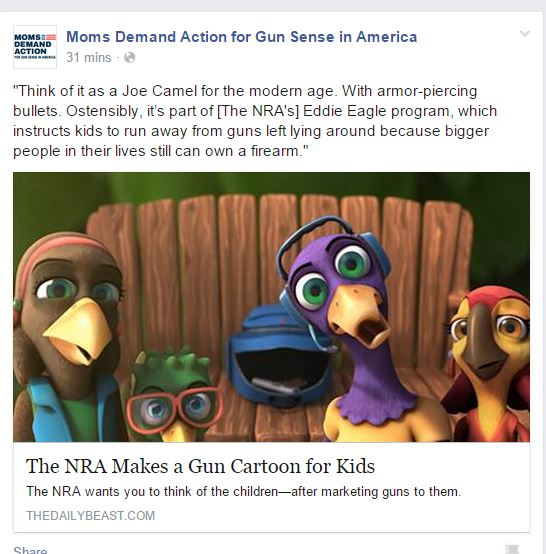 No, what the three-lettered, gun-clutching He-Men are actually doing is more of what they do best: They’re now using a cartoon to appeal to the clearly underserved teenage-and-under market for the Bushmaster Carbon-15.

Think of it as a Joe Camel for the modern age. With armor-piercing bullets

NRA Makes a Gun Cartoon for the Kids

I almost dropped my coffee when I saw this.  I know Eddie Eagle has been a thorn on the side of the Gun Control groups because it keeps asking them the obvious question: If you are into safety, show us what you’ve done to teach kids not to mess with guns? To which the answer is a big fat zero.

And now a bit of history for the Youngins:  Back in 1996 (Yes, the author went back to the trash pile almost 20 years) there was a huge campaign against the cigarette brand Camel because they had a character named Joe Camel who the cognoscenti said made it cool for kids to smoke. 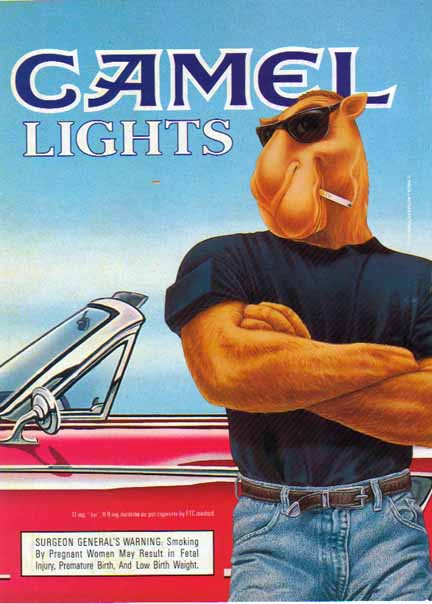 This was the era of the huge lawsuits against the Tobacco companies so eventually the campaign was dropped. Now, the geniuses of Gun Control saw what happened and went after Eddie Eagle by comparing it to Joe Camel and adding the narrative that the Eddie Eagle Program incited kids to go buy and use guns…. well, the truth has never been their strong suit.

Every major media outlet ran with this. You would have thought the NRA was bringing heroin to the classroom and injecting it in the kids so they could become instant addicts. Legislators demanded that laws be written to forbid the use of such disgusting scheme in our sainted schools. Newspapers wrote long scathing editorials about the thinly veiled attempts to kill our kids with guns, even though at least one major newspaper in the Gunshine State ran a front page story of a girl who saw a gun abandoned in a playground and followed what she had learned in school and made sure nobody touched the gun, got her friends to leave the playground and got adults involved who called the cops. That newspaper hailed the girl as a hero. No, I am not kidding you.

What happened next, shook the Gun Control community: The NRA and gun owners in general flipped their ugly middle finger and refused to be cowed into silence. Them effing rednecks defied the experts! How dare they! They kept at it for a while, but after being asked “OK, show us YOUR plan to teach kids how to be safe around guns” mixed with healthy doses of STFU, the Antis called it quits. I guess we somehow offended their sensibilities too much and went to their respective safe areas.

Now, that a pundit had to go dumpster-diving and pull out this smelly piece of failed strategy, shows how depleted of ideas their brainpan is at this time…or any time for that matter.

Guys, if the Eddie Eagle = Joe Camel strategy went turd 20 years ago, it did not turn into fragrant musk just because you pulled it out from the landfill, dumped a gallon of Old Spice on it and presented it in a new fancy container: It is still a turd.

3 thoughts on “Recycling Old Arguments as an Admission of Failure.”