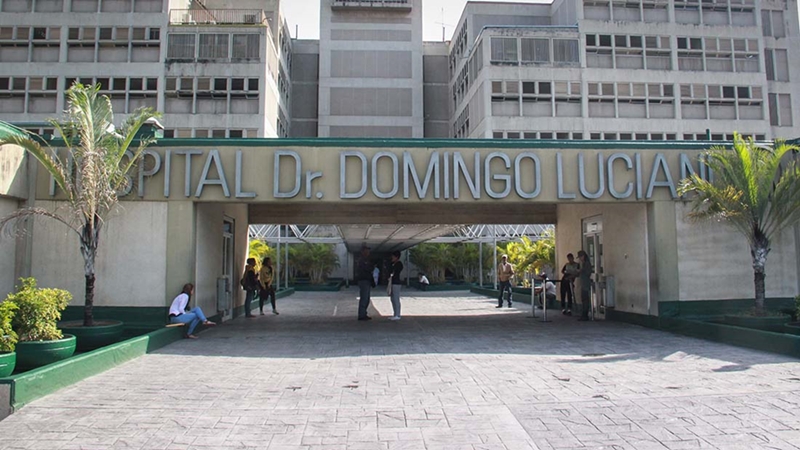 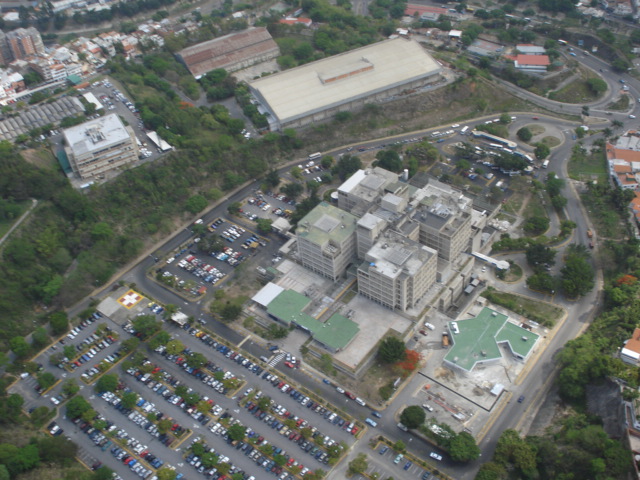 This is the Domingo Luciani Hospital in Caracas. It is in my old stomping grounds and although thankfully I never needed its services, I had a chance to visit it several times.  When it came online back in 1987, it was the best and most modernly equipped pubic hospital of the city. It was also a teaching hospital and they covered avert medical branch and specialty needed for a big city. It was supposed to take over all emergency calls of the area and finally send the old and nearby Hospital Perez de Leon (Emergency only) into retirement.   As it happens with all Half-Social bureaucracies, The old hospital remained active and the worked like a little jewel for sometime before parts started to go stupid. It is a government enterprise after all. Still, they had the best public Dialysis unit in the city and kidney transplants were a common thing.   It never was as good as some of the great private Hospitals, but personally I would have not rejected to be attended there in case of emergency.

Fast forward to the Chavez Revolution and the Maduro Presidency. The following pictures do not represent EMTs treating victims at the scene of a Mass Casualty event, this is part of the Emergency room of the hospital. These are victims of accidents or criminal activity who were brought and are being treated for their injuries like that: 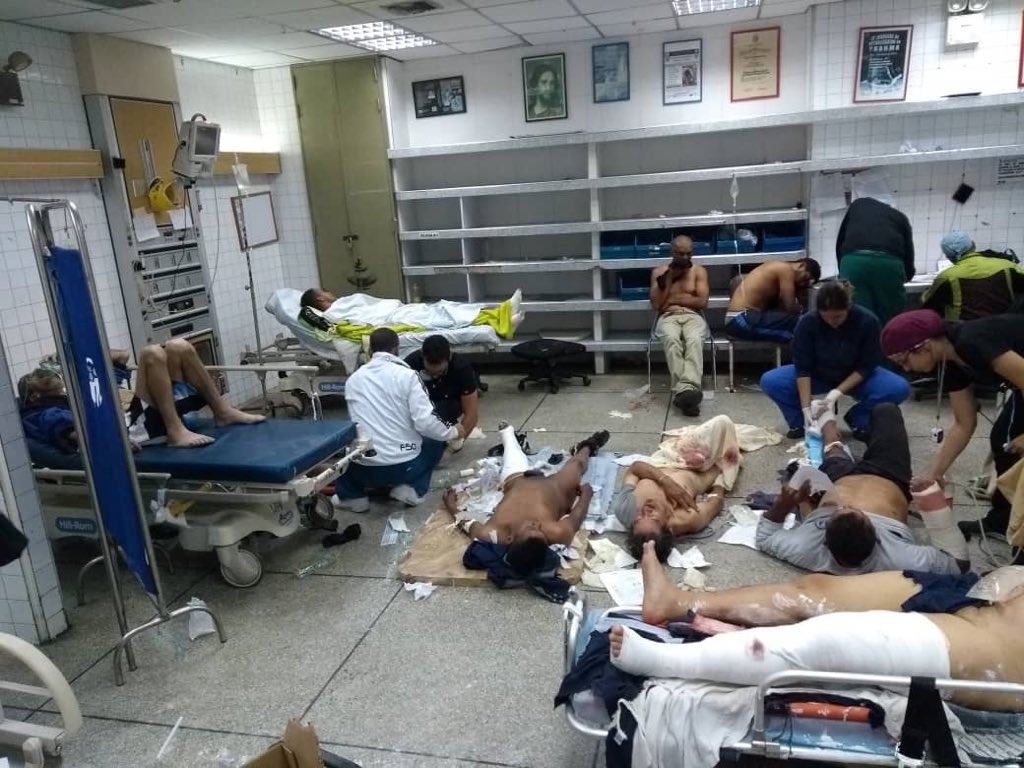 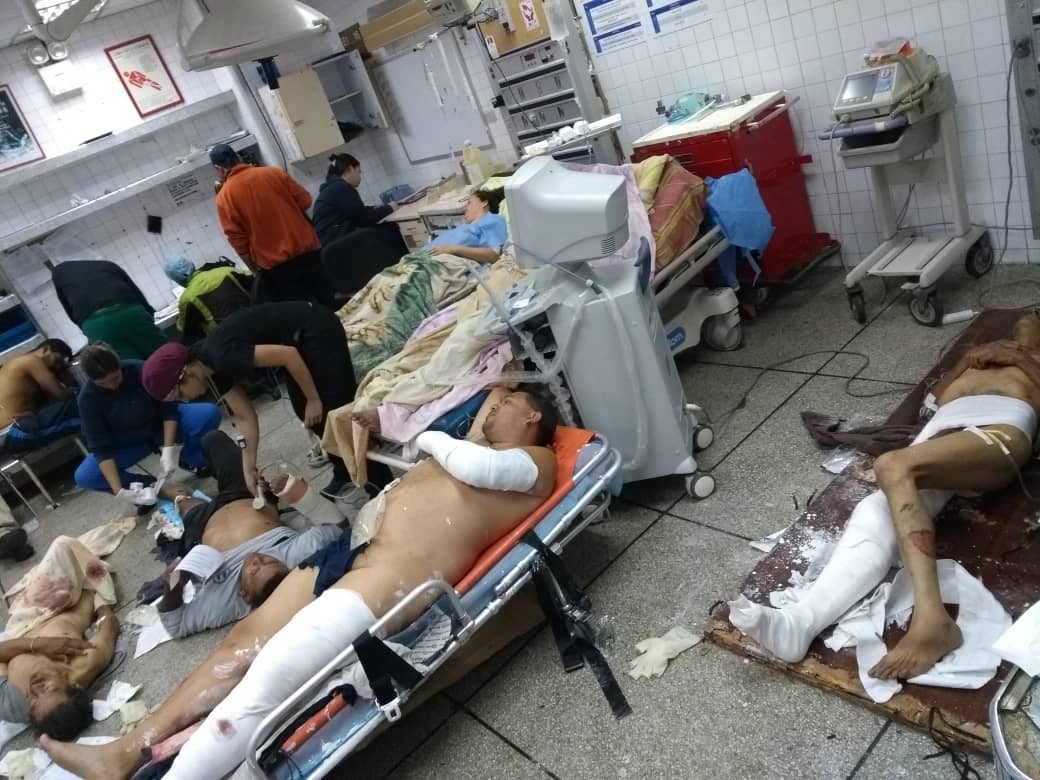 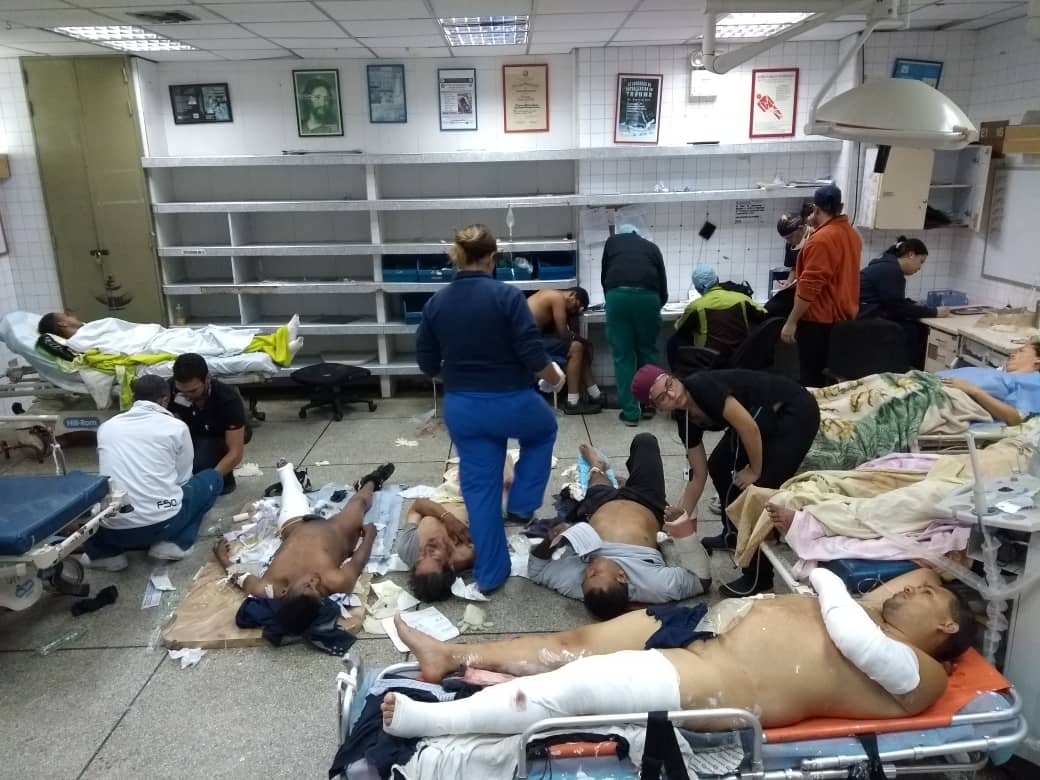 And this is an Operating Room in the same hospital: 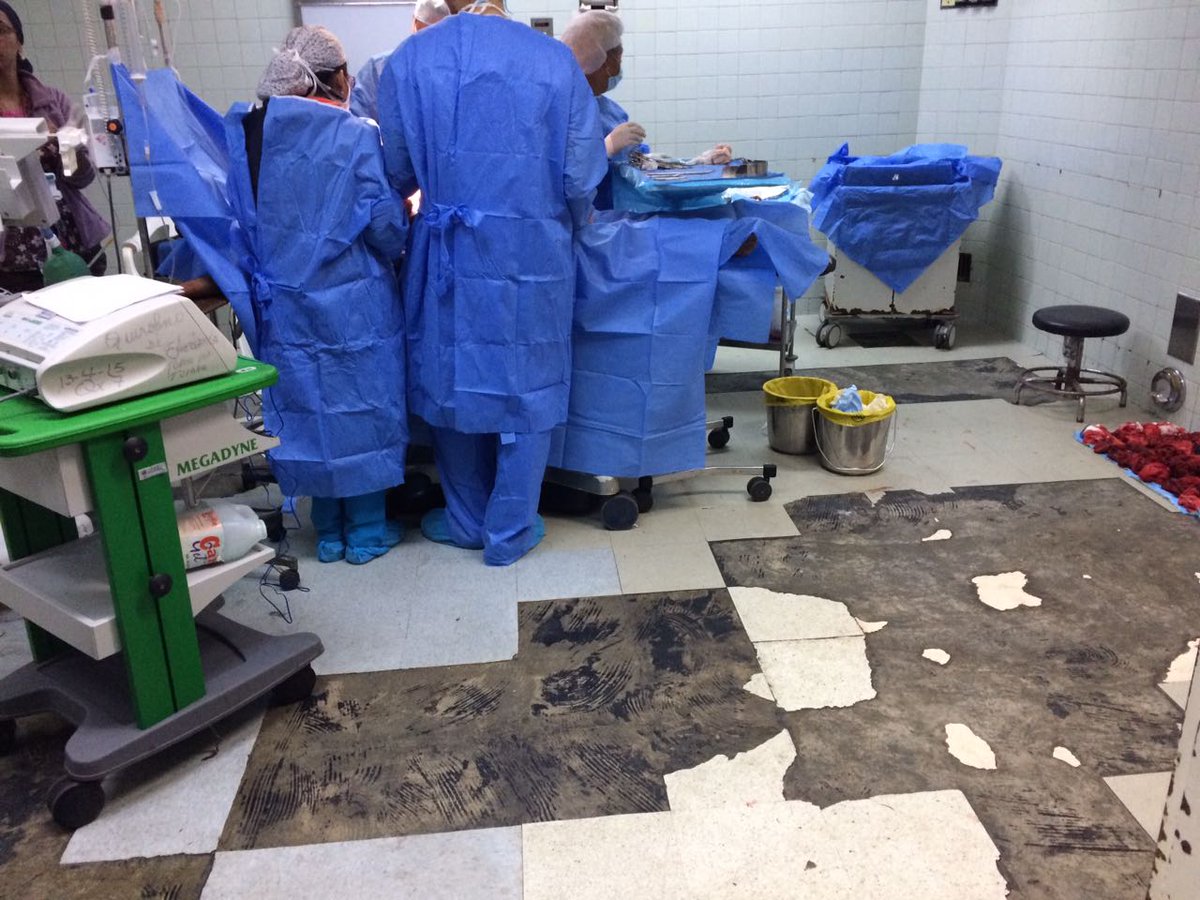 As you can see, biohazard waste is treated and collected professionally. 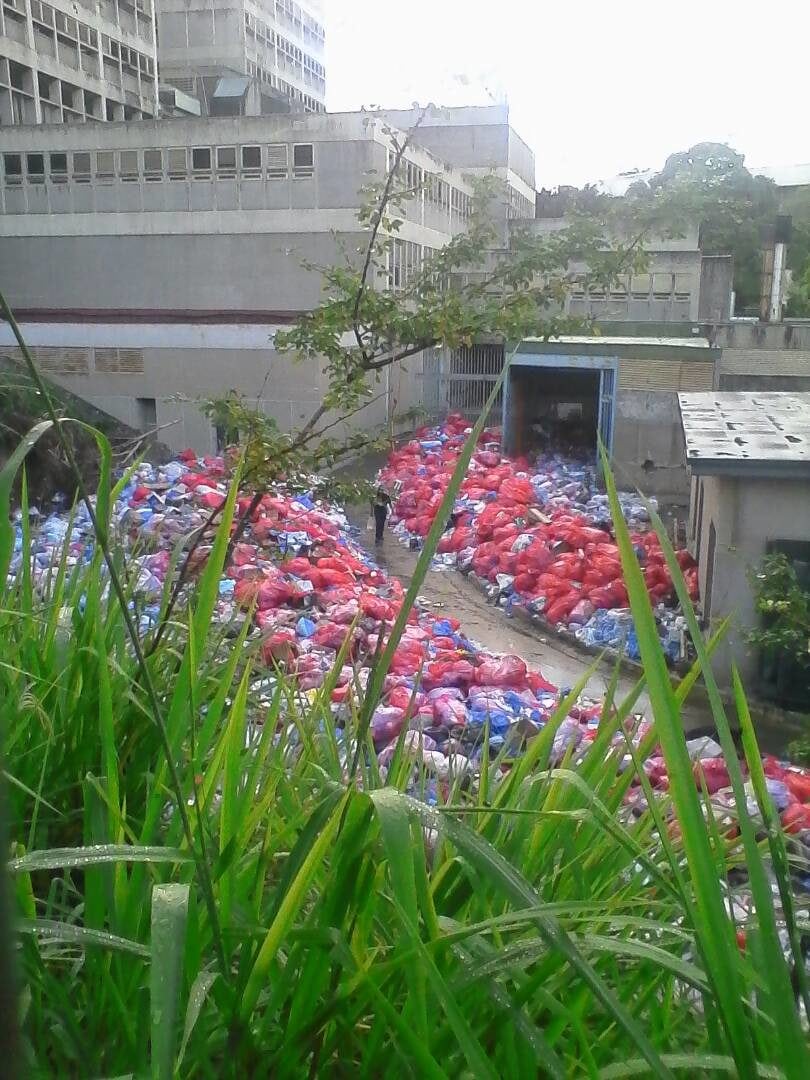 Vote Socialism and you too can enjoy a Health Care System like Venezuela. .

4 thoughts on “Socialism and Universal Health Care: A pictorial.”