Stand your ground is racist in Texas

Yep, that’s how they deal with perverts down in Texas.

That’s actually an impressive feat of balance and hand-eye coordination.  I’m pretty sure that he’d do rather well as a performer in San Francisco or Cirque du Solei with that routine.

She yelled at him to stop the lewd act but he persisted, Crowson said.

The man eventually followed the woman to her front door after she went inside and allegedly tried to break in. The woman ordered the man to go away and even told him she had a gun, Crowson said.

When the man refused to stop, she fired one round through her front door, striking the man in his chest. 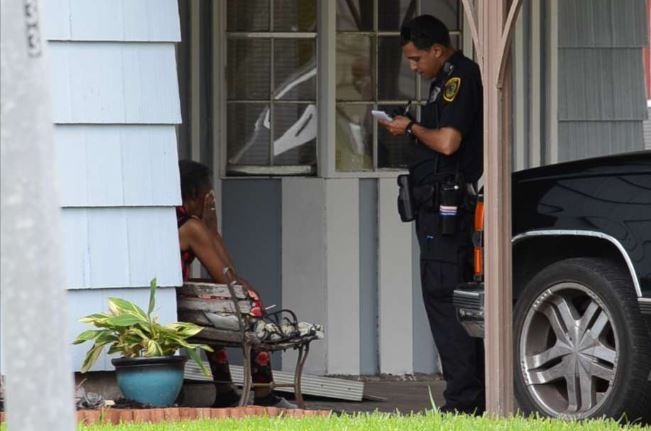 Oh, wait.  The grandmother is black.

Now she’s the one who’s going to jail.  That’s the system.  Black people can’t defend themselves.

The woman was questioned by officers and homicide detectives but was not immediately charged, Crowson said. Investigators will work with the Harris County District Attorney’s Office to determine if charges are necessary.

“I would have done the same thing if it were my house,” said one neighbor, who asked to not be identified. “Ain’t no telling what else he was going to do or what he’s got. She was protecting her property.”

Oh, so she wasn’t arrested and her neighbors are vouching for her.

The man was out on bond for a separate exposure charge from about a week ago, Crowson said. Officers at the scene recognized the man from that arrest, when he was allegedly walking down a busy southeast Houston street in the buff.

Officers initially thought the man exposed himself to the woman’s granddaughter, but later determined that was not the case.

I have a feeling she’s not going to get charged at all.

Damn.  I thought that clearly the white justice system was going to abuse some black person here because that’s what Stand Your Ground (actually, Castle Doctrine, but CNN can’t tell them apart) does because it’s racist.

Never mind, we’ll just have to get our bias confirmation somewhere else.

One thought on “Stand your ground is racist in Texas”