I said it, I’m not taking it back. 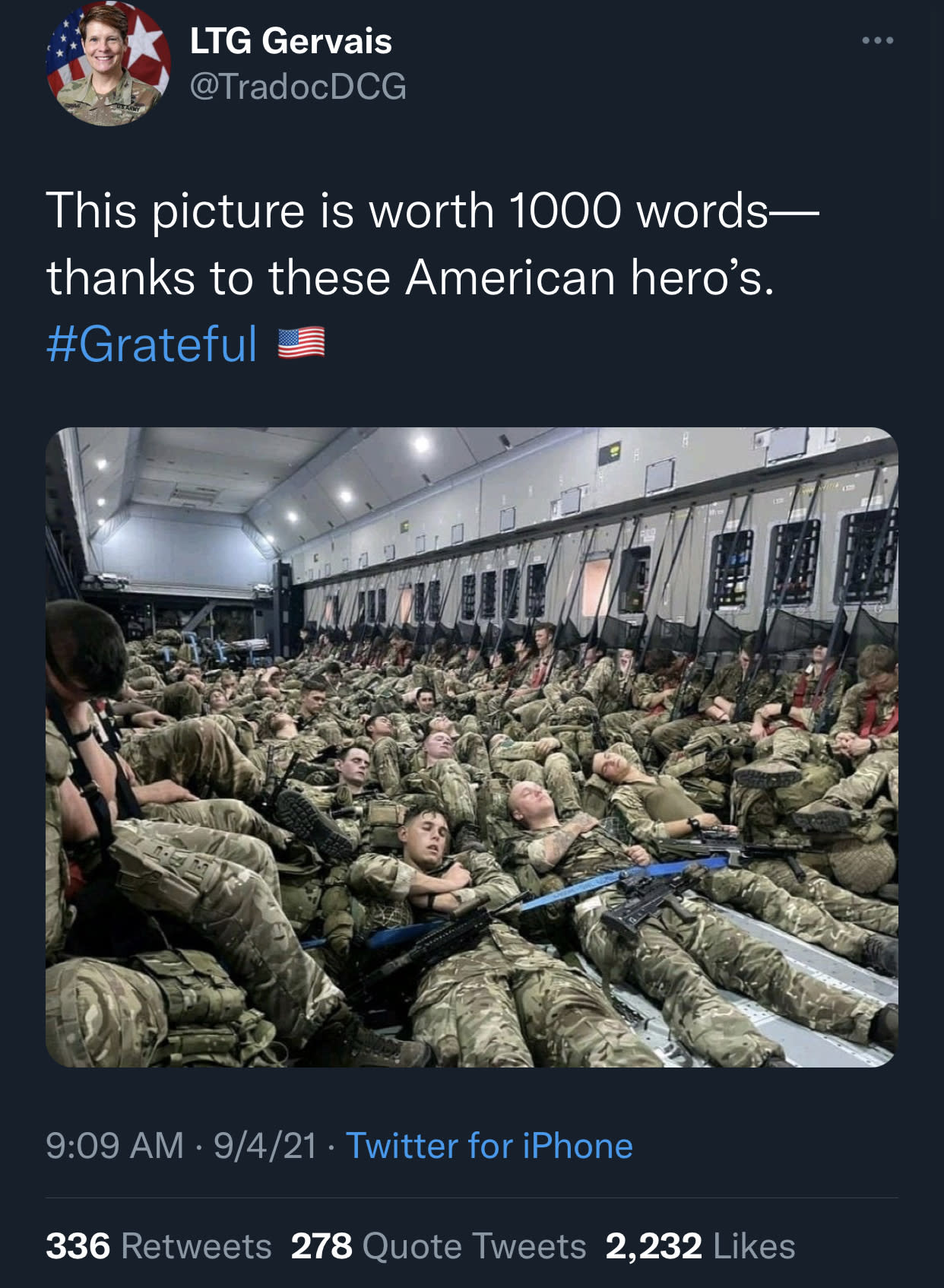 The problem was, those are British soldiers.

For those of us civilian gun nuts, we might recognize the SA80 rifles as being British and not American.

Other details like the lack of lower leg pockets found on ACU pants are more subtle but noticeable.

Real eagle eyed military people might notice things like the helmet covers and other differences in equipment and uniforms.

But Lieutenant General Maria R. Gervais didn’t notice any of that.

Which is concerning considering that she is Deputy Commanding General/Chief of Staff, United States Army Training and Doctrine Command, Joint Base Langley-Eustis, Virginia.

As it was pointed out to me by a buddy, LtGen Gervais has a Masters Degree in Human Resources.

I was reminded that Secretary of Defense and former 4-star General Lloyd Austin has a Masters in Counseling and Education.  The same degree as your average high school principal who demands elementary school students wear masks on the playground.

Chairman of the Joint Chiefs of Staff, General Mark Milley has a MA in International Relations.  Arguably somewhat useful, but it’s from Columbia and is part of their business program.  It’s the sort of degree earned by international corporate executives.

This is why we lose wars.

Our military is lead by HR ladies, high school principals, and the corporate executive who got a bonus laying you off to expand manufacturing in some third world shithole for pennies on the dollar.

18 thoughts on “Stars on a military uniform is like a blue checkmark on a Twitter account, it indicates that the person is a complete f**king moron”