The Missus loves red bell peppers and I am not very fond of them for other than seasoning with onions. But I do owe her some nice chow so I go to it.

The trick is to get good pepper, core them out and steam them till they soften up. I followed a modified version of Cowboy Kent Rolling recipe (I did mine in the kitchen). In a covered pot with a 1/4 cup of chicken stock, it took about 20-25 minutes of medium heat for the peppers to cook. When they are done, LER THEM COOL OFF as the can break easy. Mine got almost too done and had to dry the inside with small balls of kitchen paper towels.

The stuffing is whatever recipe you like for a good ground beef. Mine was three medium onions finely chopped with two heaping tablespoons of minced garlic on hot oil. In a bowl, I hand mixed the ground beef with salt and McCormick Grill Mates Brown Sugar Bourbon Seasoning ( I am addicted to that thing) then into the pan with the garlic and onions. Once it has started to cook (medium high heat), I added some paprika and oregano and stirred till evenly cooked. and then out of the stove and into a colander to separate the liquid and leave with a “dry” ground beef. Also, let it cool off.

When everything was cool enough to work, I pre-heated the oven to 365. Placed the pepper carefully in a cast iron pan and again, carefully and with a spoon, I stuffed them with the ground beef. You will be amazed how much ground beef can go on a big bell pepper. Press down to compact, but not so hard you will burst the pepper. (I know, I am getting annoying). Top with mozzarella and shove in the oven for 15 minutes. 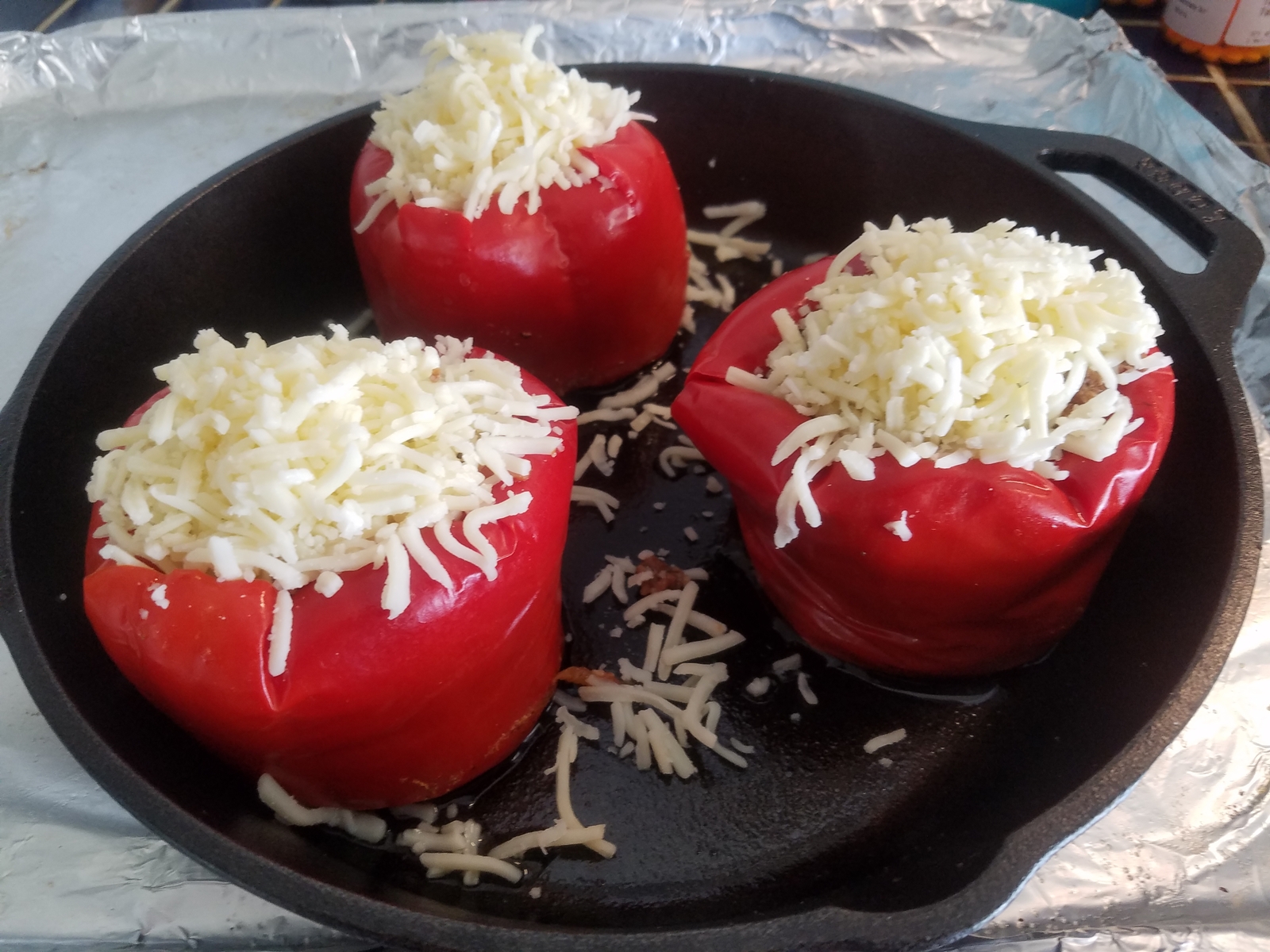 After 15 minutes, the mozzarella is nice and melted and you can go ahead and re-top with more mozzarella or other cheese. I used both mozzarella and a leftover salad mix of parmesan, romano, pecorino and something else.  Back in the oven for 5-7 minutes and then switch to broil till cheese is golden brown.

Let them cool off for 5 minutes and serve. 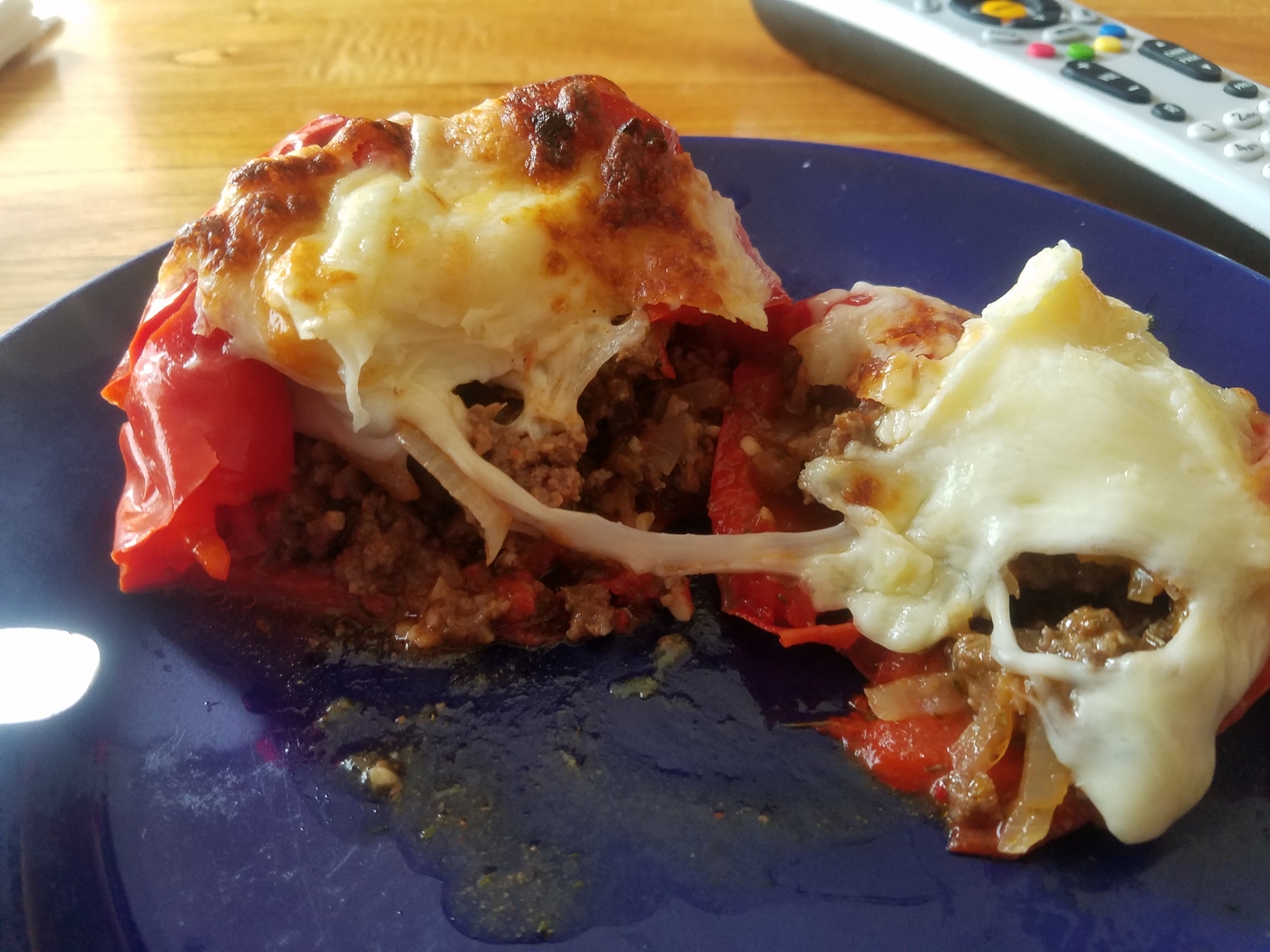 And that is the autopsy in progress. I ate the stuffing and the Boss ate the cover after she was done eating her full pepper.

They are no hard to make at all, just be patient and careful. According the Missus, they were great and I am hired as her cook again.