The Importance of Annie Oakley. 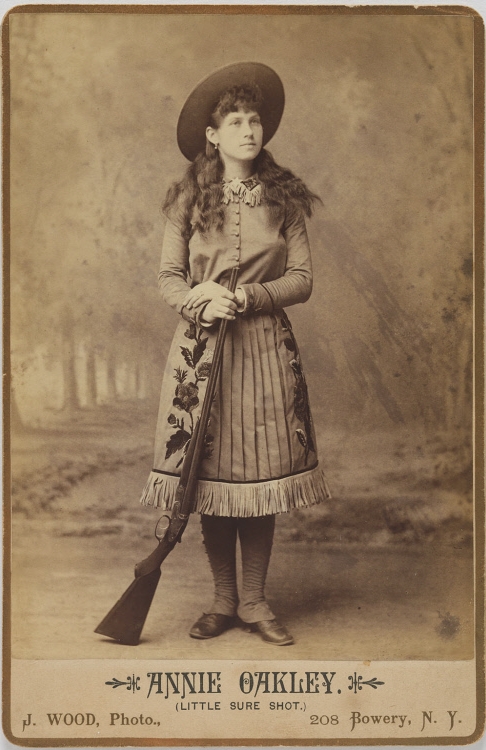 “There are always women who will take men on their own terms. If I were a man I wouldn’t bother to change while there are women like that around.”

If anything, Annie Oakley believed in the importance of a well armed woman.

In the early 20th century research I am involved with, I am coming across news bits about women using firearms defending themselves and unfortunately using them also to settle the husband’s infidelity. But what it has left me even more shocked has been the number of wives and lovers whose lives ended tragically at the hands of husbands and boyfriends, some going as far as exterminating a family, babies included.

I wonder what happened that shifted the idea of self-reliance from the late 19th century to one of depending  on males and strangers for their security on the 20th.  Women had to be aware of their influence and it was them who moved the Temperance movement (yes, a mistake, but they managed to get the Volstead Act passed) and Suffragism.

The Ladies of the time got the country to be dry and they fought for their right to vote, but somewhere along the trip they lost the will to defend themselves? Who started the “Proper Ladies should not carry a gun and just faint in case of danger” bullcrap. This is something I would love to find out.

I am gonna close with another Annie Oakley quote:

One thought on “The Importance of Annie Oakley.”