The importance of remembering history: They have been lying for decades.

We don’t want to ban your guns; we just don’t think you need (insert hated gun here) because (insert excuse here). This is just common-sense law.

Bumped into this wee bit of history. Go on, read it and tell me if anything sounds familiar as in very recent years or even this week. 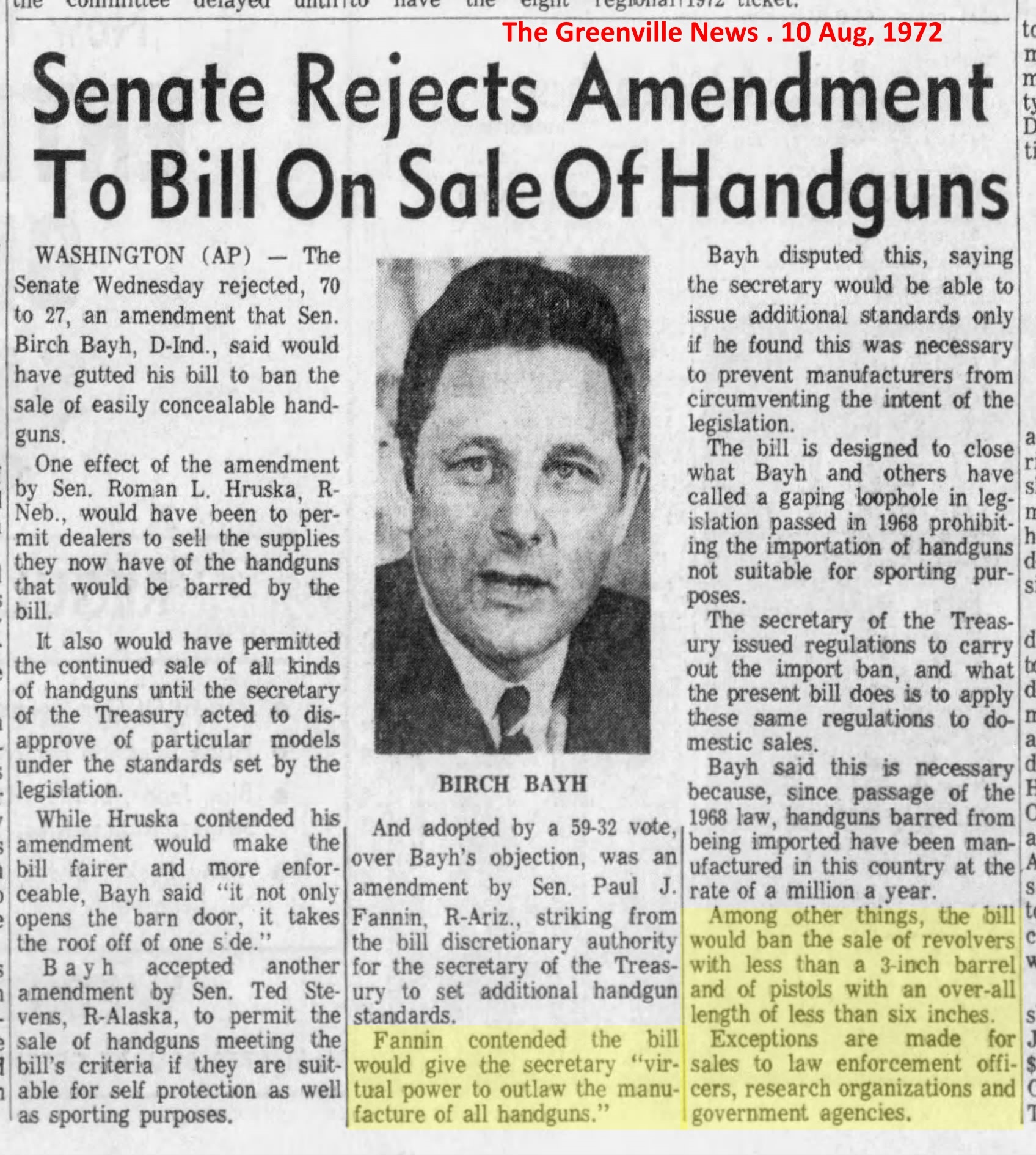 This is a bit like the Environmental Movement: first it was the fight against Global Freezing, then came Global Warming and now it is Climate Change.

This was half a centry ago. The object is now different, but the language and intentions are the same: They wanted (and want) to ban ownership of firearms. Period. But for a few people back then, this full ban should have happened and today we would be living in a whole ‘nother Third World country. There was not one single Gun Rights group active at the time (The NRA’s Revolt at Cincinatti was still five years away and this is two years before the creation of the Second Amendment Foundation.   The Media controlled 100% of the flow of information and Gun Owners were not even interconnected at a regional level, probably not even a county level so there was no true concerted infrastructure.

I may come back in the future and try to find out more of what happened and who stood up for Constitutional Rights because they deserve a hearty applause and acknowledgment.

And what have you been doing lately about the latest version of the Assault Weapons (AKA any gun we don’t like is an Assault Weapon) ban?

We are not in 1972. You have capabilities now that were not even possible in Saci Fi books.

Also, the Democrats know they are doomed for November and there is a fight between those who want to pass the AWB and poison the well and those who want to be re-elected or at least not lose too badly and feel this bill will bring consequences for many years to come. I fear the Poison the Well group will win, the bill will pass, and the Senile Pederast in Chief will sign it. I do not think it will survive SCOTUS and probably will blow back hard in their faces, but that may take years and the supply of guns and mags will be reduced sending prices ski high again.

One thought on “The importance of remembering history: They have been lying for decades.”