It’s crystal clear that the Democrats are scared fuckless of Ron DeSantis.

They had #WhereIsRon trending on Twitter, making claims that he is “missing” with theories that ranged from him being on a secret vacation to him battling COVID, because he has not made a public address since before Christmas.

It turns out he’s been working in his office and being with his wife during her breast cancer treatments.

The who point was to make it appear as though he has abandoned his post during a massive COVID surge in FL.

That New York and California were surging harder was never at issue.

Nor was the fact that Biden campaigned on ‘shutting down the virus” then threw up his hands and said there is nothing the federal government can do and it’s all on the states now.

It seems like Plagiarizing Joe’s plan was to take credit for Trump’s Warp Speed and when the vaccinations failed to slow the spread like everyone hoped, he had not follow-up plan.

Biden is on vacation on a beach with a new puppy during a COVID surge, right after Buttigieg disappeared for four months of paternity leave during a supply chain crisis, but Ron DeSantis working quietly between Christmas and New Years is the career ending dereliction of duty.

If you want to the definition of a manufactured crisis, this is it.

Clearly the Democrats are trying to destroy DeSantis before he gets tapped to run in 2024.

But it gets so much worse.

Archetypal socialist AOC went to Florida for vacation.  While NYC is breaking new case records while under strict mask and vaccine passport protocols, AOC is drinking at a restaurant in Miami Beach.

Getting caught being a hypocrite didn’t sit well with her.   You can’t bash Florida for being a COVID hell hole of zero mandates, then go there to avoid the mandates.

AOC tried to turn this around by deflecting to the “DeSantis is missing” conspiracy theory.

Hasn’t Gov. DeSantis been inexplicably missing for like 2 weeks?

If he’s around, I would be happy to say hello. His social media team seems to have been posting old photos for weeks.

In the meantime, perhaps I could help with local organizing. Folks are quite receptive here 🙂 https://t.co/LmmqT8eLDh

That went over even more poorly, so she went full high school mean girl narcissist.

If Republicans are mad they can’t date me they can just say that instead of projecting their sexual frustrations onto my boyfriend’s feet.

It’s starting to get old ignoring the very obvious, strange, and deranged sexual frustrations that underpin the Republican fixation on me, women,& LGBT+ people in general.

These people clearly need therapy, won’t do it, and use politics as their outlet instead. It’s really weird

Remember that after January 6th, she claimed she was terrified that the people who entered the Capitol would try and hunt her down to rape her.  Even though she wasn’t even in that building?

And she continued to double down on this.

I’m glad you felt the need to share that with the world.

Don’t worry, this is a totally normal thought to have and share as an editor of a right-wing website, and totally doesn’t prove my point at all.

I hear if you say it enough times you’ll actually start to believe it 😌 https://t.co/uBQrWFNM9m

This argument is perfect for her in that it’s not falsifiable.

“You only engage with me because you want to sleep with me.”

“See, you engaged with me again, proving my pont that you want to sleep with me.”

While on Conservative Twitter, all I’ve seen in relation to AOC is this meme: 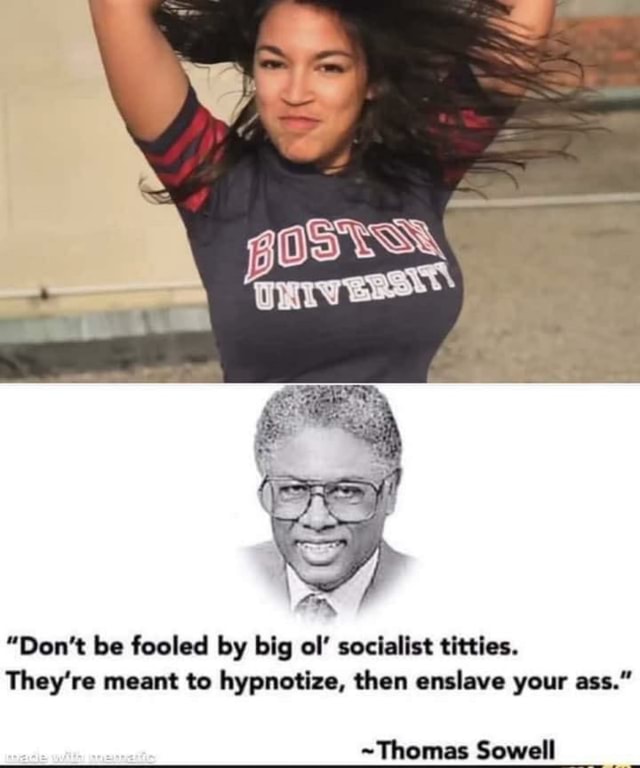 With barely 48 hours left on 2021, politics had to plumb new depths of insanity and despicablness.

God help us all.