The Olympics are a Woke clownshow

Some Olympics news popped up in my newsfeed.

New Zealand weightlifter Laurel Hubbard is set to become the first transgender athlete to compete in the Olympic Games, after she was selected for the national team on Monday.

She will compete in the women’s 87-kilogram category, according to a statement released by the New Zealand Olympic Committee that also announced the four other members of the weightlifting team.

This is a still shot of Hubbard’s qualifying: 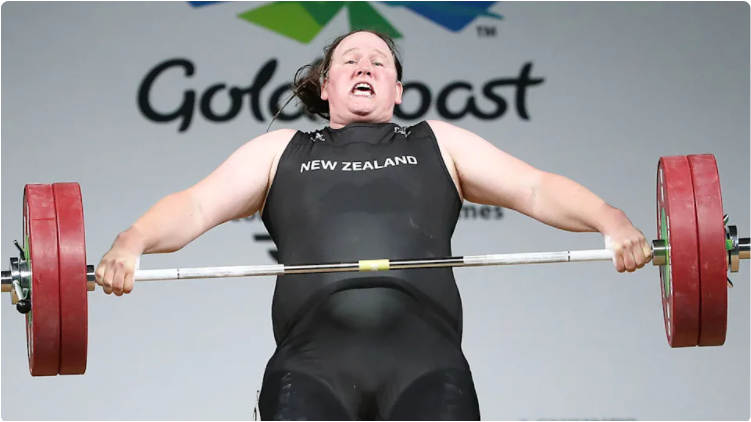 Do you see it?

Let me point it out to you. 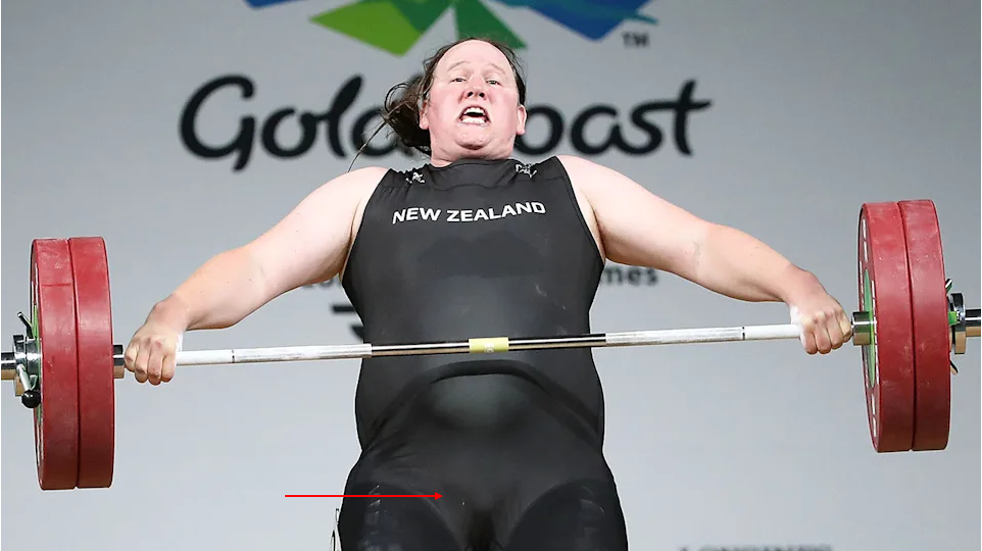 Her weight lighting singlet can’t conceal her meat and two veg, her twig and berries, her cock and balls, in women’s powerlifting.

This is an episode of the Twilight Zone.

There is a good chance she will win a medal and they are going to bring her out onto the podium and put that medal around her neck for women’s powerlifting and everyone is going to see her dick bulging in her singlet and nobody will be able to say shit about it like we’re all taking fucking crazy pills or living in AirStrip One.

There are four lights.

And I can see the New Zealand women’s powerlifting super-heavyweight division competitor’s cock!

A transgender woman who once vowed to compete in the Olympics so she could “burn a US flag on the podium” has qualified as an alternate for Team USA’s BMX freestyle event at the upcoming games in Tokyo, it was revealed Monday.

Chelsea Wolfe, a 28-year-old Florida native, was beaming with pride in a photo shared with her 7,700 Instagram followers on June 12 announcing she was named as an alternate on the team.

She made her intentions clear last year in a since-deleted Facebook post about why she wanted to qualify, Fox News reported Monday.

“My goal is to win the Olympics so I can burn a US flag on the podium,” Wolfe reportedly wrote on March 25, 2020 alongside an online article about how trans girls should be treated as biological males in school sports. “This is what they focus on during a pandemic. Hurting trans children.”

Wolfe told Fox News. “I take a stand against fascism because I care about this country and I’m not going to let it fall into the hands of fascists after so many people have fought and sacrificed to prevent fascism from taking hold abroad.”

So our women’s BMX competitor with a cock thinks America is a fascist country and wants to burn our flag from the podium.

Once we rooted for Americans to win the Olympics as a point of national pride.

Now I’m hoping that we lose just so our Olympians don’t have the chance to embarrass this country from the podium.

Fuck if this going to be an epic fucking disaster.

9 thoughts on “The Olympics are a Woke clownshow”