The Power (not the importance) of amplification.

Yesterday we had an Abolish Ice moment near the DHS facility in Miramar, Fl.  The selection of the on location in itself is curious as the building is not a big one. It seems to be an administrative office than anything else: no babies in cages after being ripped of the arms of mothers or exaggerated BS like that.  In fact, if have spent any amount of time in South Florida, you know that illegal aliens get taken to Krome detention center.  Now, why protest the closure of a location where there are probably no suffering masses of “undocumented immigrants?

Here is the ICE offices in Miramar. They are located close to major highways, Starbucks, Pollo Tropical and assorted eateries and capitalistic goodies: 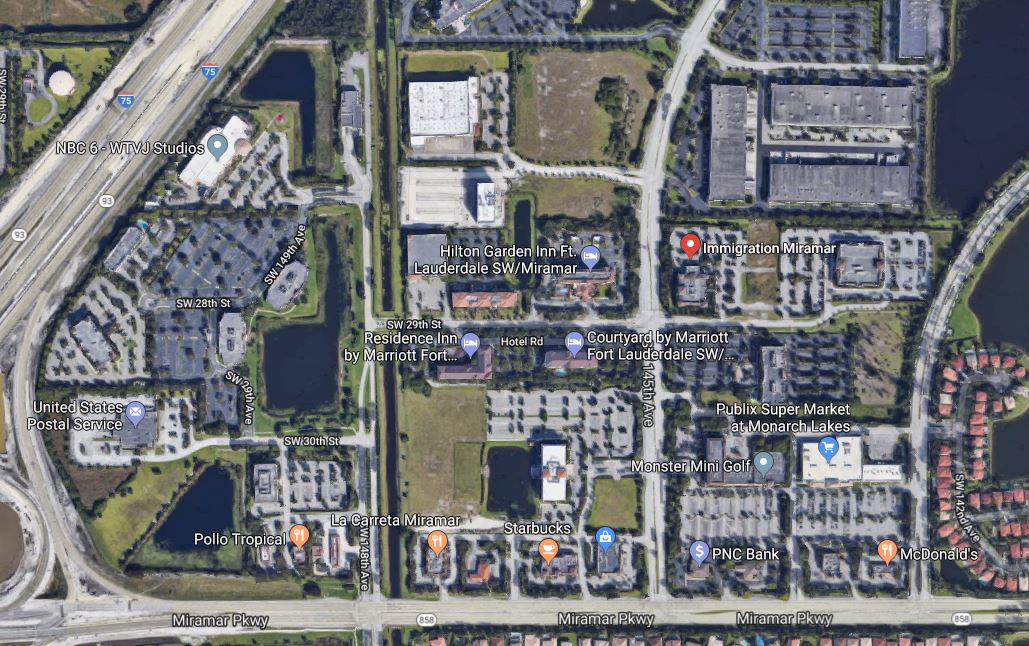 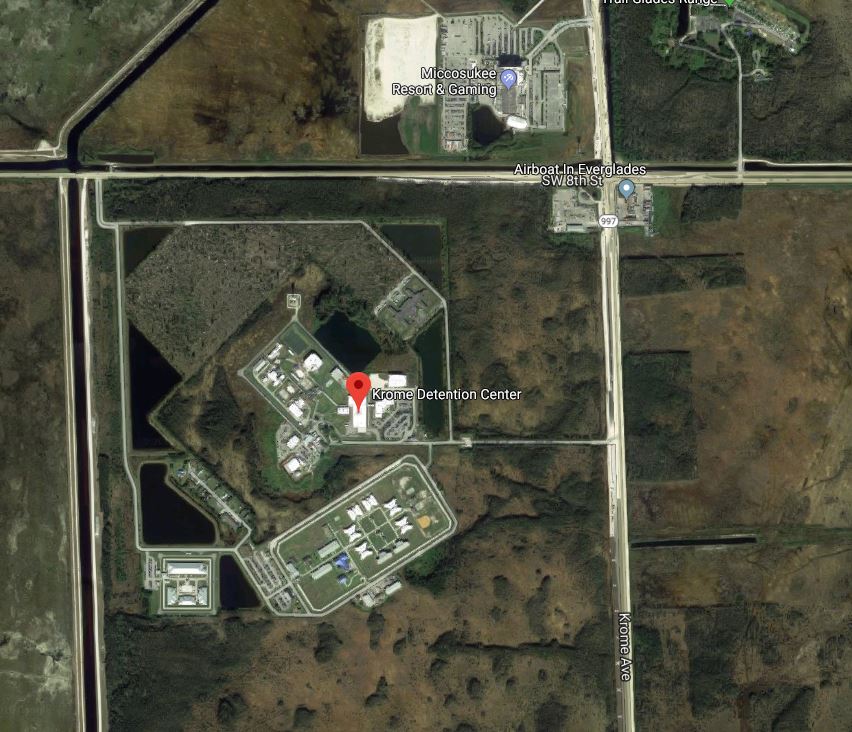 That is in the Everglades and about a civilized it get is the indian casino, airboat tours and Trail Glades range where I have left many a bullet in its berms. It is a hot and humid and away as hell from the cities of Miami-Dade county. That  is where illegal aliens in South Florida are taking for processing, not a posh administration office tucked away in the suburbs of Broward County.

But the protestors knew that location is just an excuse. They are only interested in making noise and being published which they accomplished more or less. But it takes only a couple of minutes of observation and processing to see how ridiculous the whole thing was.

Let’s begin with the local population: It is 65% Hispanic.  That means you can get a bunch of Spanish-speaking/Brown looking individuals faster than an attitude in Starbucks. So how  many people attended this event for the Human Rights of the undocumented Aliens that were not nearby but 30 miles and another county away?

Around 75 protesters were out in the area, while about eight or nine individuals worked to block the streets.
“We know that what we have seen is nothing compared to the hundreds and thousands of people who have been caged in the prisons, and also in the detention facilities,” said Cuna.
Police arrested all the protesters at the scene by 6:20 p.m 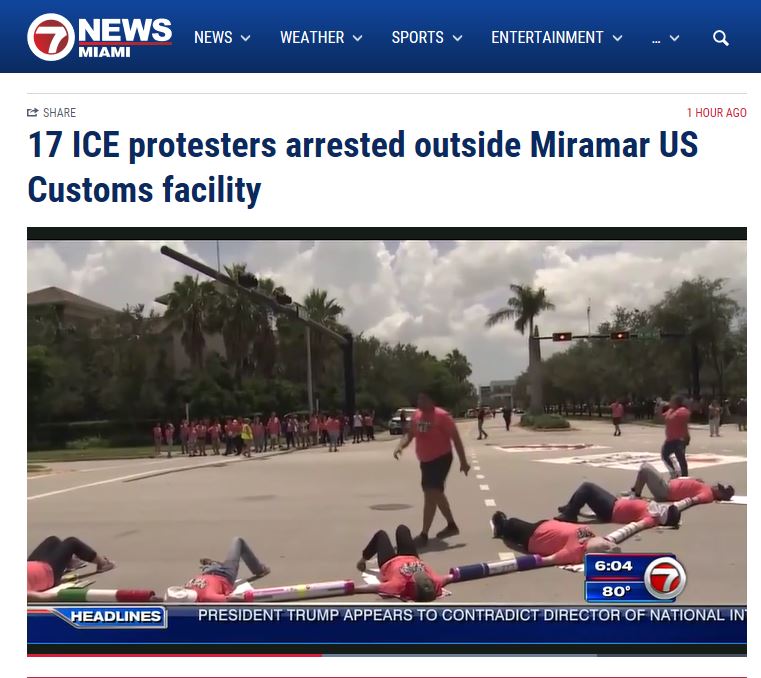 I am going to say that 75 protesters is probably an exaggeration and that the number was probably taken because I-75 runs nearby.

Obviously we need the chick with the hijab to lend credibility and protection from criticism to the event. 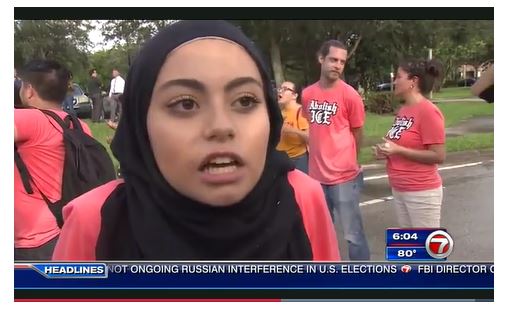 But there were a couple of flies in the Liberal ointment. 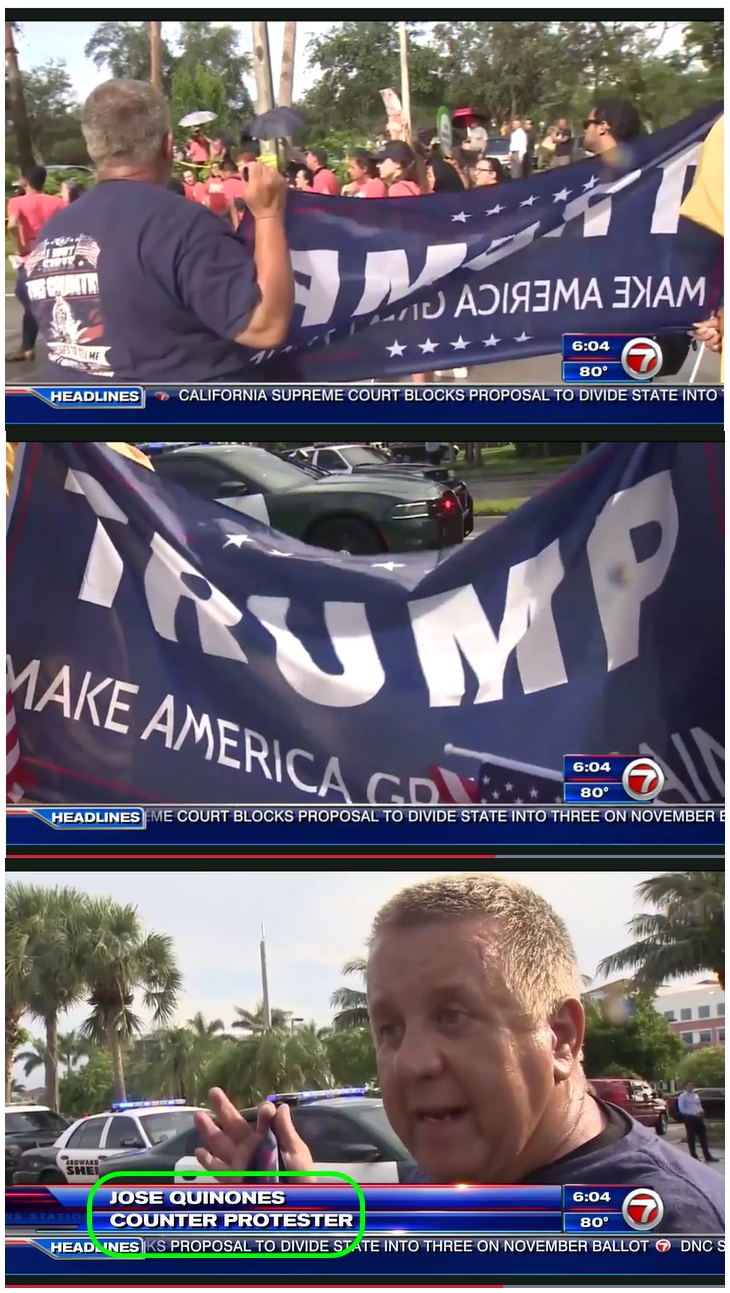 Not only they dared to show up with a Trump banner, this gentleman happened to be Hispanic! How dare he?

It goes back to the “secret” I have shared here time and again: East Coast Hispanics come mostly from the Caribbean and South America and are not and want nothing to do with the West Coast Hispanics of mostly Mexican origin.

So what we had was a small gathering of Socialist wannabes (You can get more people at a Quinceañera party announced overnight) trying to “raise awareness” and abolish country’s protection, but only as long as they were not but a couple of blocks away from an iced caramel machiatto with whipped cream and sprinkles.

But they got several million dollars of free advertising thanks to the Media who was willing to have their helicopters for more than an hour flying over the scene and only went away because of the torrential rains.

It is so nice to get free support to spread your lies from willing Media partners, isn’t?

5 thoughts on “The Power (not the importance) of amplification.”