Parents of elite $56,000-a-year Columbia Grammar & Prep rail against school for hiring new sex ed teacher who uses animated videos to teach about gender identity and how to use puberty blockers

Fonte was also blasted for using the controversial Amaze sex education video series, which teach kids about gender identity and how they can use puberty blockers.

The teens were also shown statistics on the ‘orgasm gap’ showing straight women have fewer orgasms with their partners than gay men or lesbians. 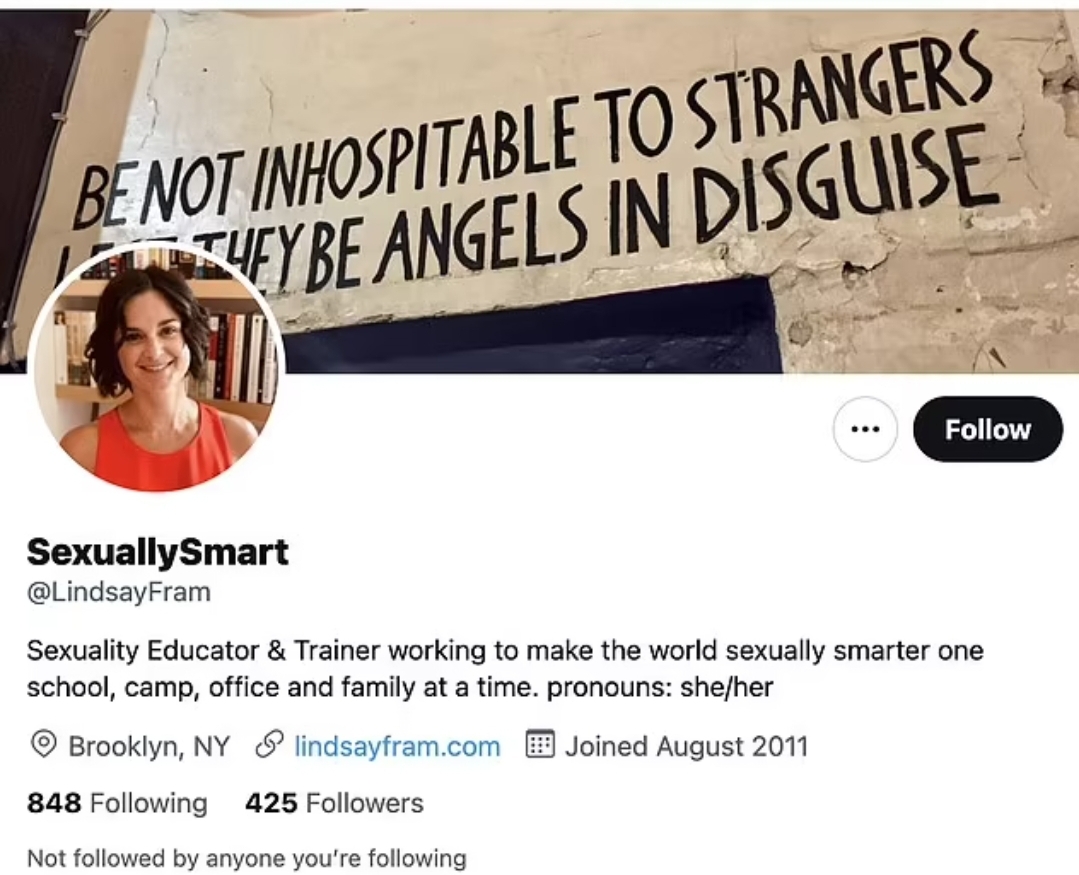 How is this anything but grooming by a groomer?

And what is the point of teaching about the “orgasm gap” (assuming that’s even a thing) other than to imply “if you want to have more orgasms don’t be straight.”

This is an organized and apparently multi million (or billion) dollar industry to bring professional groomers into schools.