America was once a great country with a great government that loved this country.

When the Russians put a satellite into orbit before we did, it lit a fire under out ass.

And we did and we won the Space Race.

The newest race is the Hypersonics Race.

It’s every bit as important as the Space Race and Nuclear Arms Race of the Cold War.

And we fucking lost it.

US is lagging in the ‘hypersonic race’ as rival superpowers develop game-changing weapons including AI ‘drone swarms’ and autonomous rocketshttps://t.co/FjwdZJ6lEz

2/ Unlike a ballistic missile Hypersonic Glide Vehicles are extremely manoeuvrable, allowing them to evade tracking and defences pic.twitter.com/yWRWF9QjFS

3/ ??China’s DF-17 hypersonic missile can travel at 10 times the speed of sound (Mach 10) and carry a nuclear warhead pic.twitter.com/992RbesKsn

We just had a first successful test of the ARRW (pronounced “arrow”) and the Chinese have field capable hypersonic intercontinental missiles, anti-aircraft missiles, and anti-hypersonic missile defenses.

Because our DOD was more interested in Woke horseshit. 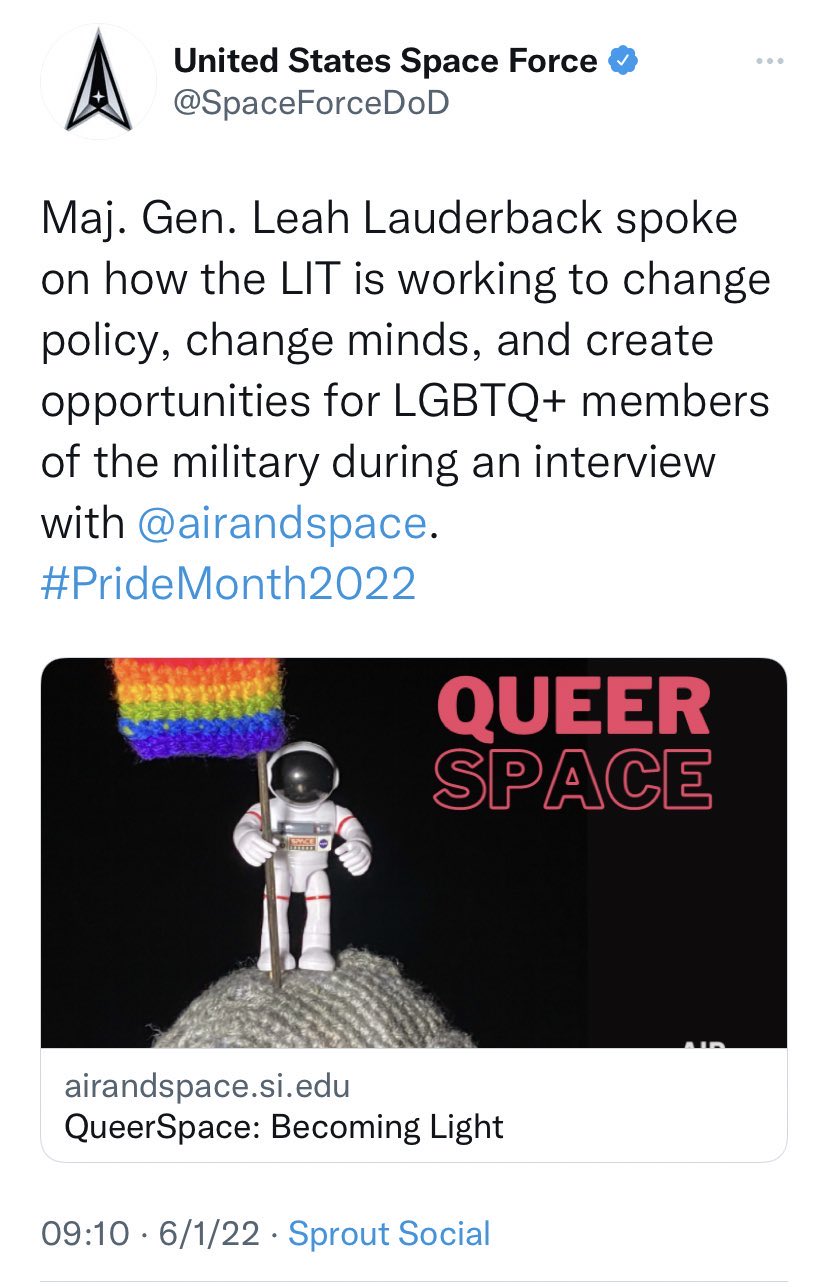 Yeah, we’re singing “queers in space” and they are perfecting nuking us at 10 times the speed of sound.

Our government is actively sabotaging our national security and dignity for reasons I cannot fathom.