Trans-activism, 2+2=5, and the problem with the Appeal to Authority fallacy

Rachel McKinnon is a Canadian professor of philosophy and competitive cyclists.

What makes this so controversial is that McKinnon was born a male, is a trans woman, and is one built dude.

Transphobes call me "doughey." I dare you to try to keep up with a week of my training. pic.twitter.com/P5sc0Q90md

This is the picture of her victory from Cycling Weekly. 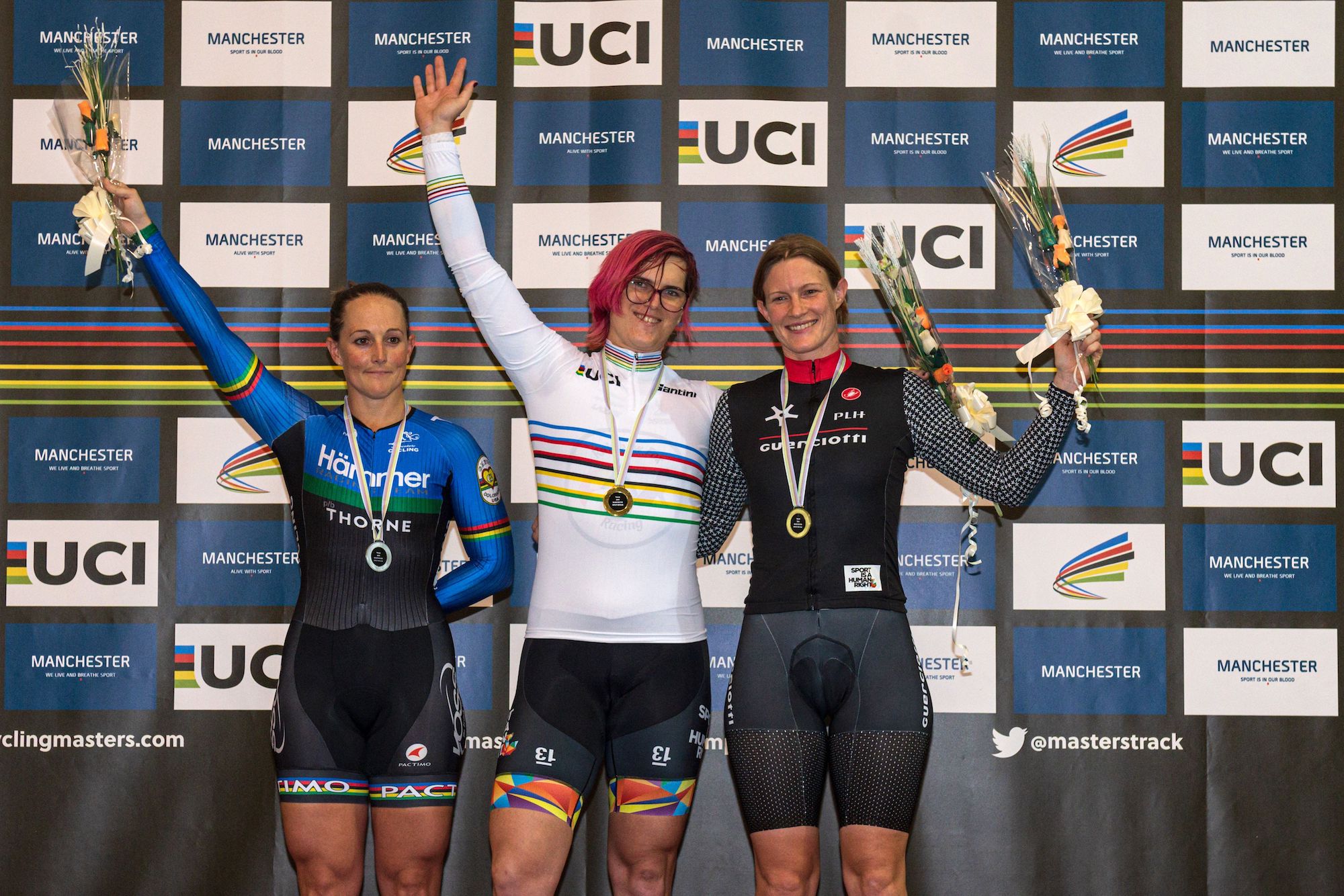 Look at the size her McKinnon’s thighs compared to those of the second and third place winners.  Her thighs are beefier than mine and I’m doing reps at 850 lbs on the sled press.

McKinnon took to Twitter with a thread on her victory (unrolled):

In my case, people literally say they support trans women…but not in sport

There can be no ‘but’

We are either full and equal women, or not

We are.
And babes, facts don’t care about your feelings: medical professionals (WHO, AMA), mental health practitioners (both APA’s), and sport (IOC) all say that trans women are *real* women, are really female.

Cry about it all you want. Your feelings won’t change the facts that we are.
There’s no need for me to change *your* misguided opinion on the matter. You *don’t* matter.

My birth certificate, passport, US green card, etc etc all say I’m really female.
This is why I refuse to debate, live or otherwise, whether trans women are *really* women.

That debate is over.

You lost. Your feelings don’t trump our rights and basic human dignity.

Get a better hobby. Obsessing and harassing trans women is not a good hobby.
The thing is, the people who oppose trans women’s full and equal rights think that the ‘facts’ are on their side.

This is why they always come back to “common sense.”

That’s not an argument, loves. It’s the last refuge of the ignorant. It means you’ve already lost, bad.

McKinnon is an adult, she has every right to dress and look the way she wants.  It is out of courtesy that I am referring to her as “she.”

However, as someone who has spent his entire adult life as a weight lifter, I can tell you, it takes balls to build muscle like that.  Or, injections of horse testosterone.

That fact that McKinnon’s defense is that the WHO, AMA, and APA all agree she is “really female” and that your opinion does not matter is the point of this post.

First, that some board of doctors came to a conclusion that seems to fly in the faces of reality and that negates your opinion is the worst and most totalitarian form of the “appeal to authority” logical fallacy.

Second, that some board of doctors came to a conclusion that seems to fly in the faces of reality shows how groups of professionals can be just as able to be corrupted by ideology as anybody else.  Perhaps more so.

Her argument amounts to “Trans-activists managed to convince a bunch of virtue signaling doctors that 2+2=5 and you must submit to that because they said so.”

Her last Tweet  is literally Orwellian: “This is why they always come back to ‘common sense.’ That’s not an argument, loves. It’s the last refuge of the ignorant. It means you’ve already lost, bad.”

In the end the Party would announce that two and two made five, and you would have to believe it. It was inevitable that they should make that claim sooner or later: the logic of their position demanded it. Not merely the validity of experience, but the very existence of external reality, was tacitly denied by their philosophy. The heresy of heresies was common sense. And what was terrifying was not that they would kill you for thinking otherwise, but that they might be right. For, after all, how do we know that two and two make four? Or that the force of gravity works? Or that the past is unchangeable? If both the past and the external world exist only in the mind, and if the mind itself is controllable what then?

Activists have convinced governments to destroy common sense and those of us who employ such sense become “haters,” our opinions are discarded as irrelevant, and we will be punished accordingly.

I am generally a libertarian guy.  I’m mostly fine with letting grown individuals live the life that they want.  What I will not accept is being told that I have to say there are five lights because some bureaucrats say so.

12 thoughts on “Trans-activism, 2+2=5, and the problem with the Appeal to Authority fallacy”