But the future of warfare is actually neither “based” nor “woke”. It’s all drones.

WW1 opened with horses, which were cut to ribbons by machine guns. Our vision of the military is similarly antiquated: fitness is great, but muscular men lose to unmanned drones. https://t.co/q6D3hFCpWF

Btw, to give some credit to the woke, as silly as this specific ad is, they are better at mind control than the based.

That’s why they are running the military.

Why are these ads being produced by the CIA and US military, after all? Because wokes are in control. These particular ads are misfires, but who’s in control is not in doubt. And it’s not the pushup guys. https://t.co/EM1NGm7Zx3

In XCom, the physically fragile Sectoids have a key ability: mind control. Every muscular soldier they flip is -1 for your side, +1 for theirs.

Now apply this to wokes-vs-drones. Woke mind control flipped the pushup guys in the US military, but won’t work on Chinese drones. pic.twitter.com/PXLKexAyXz

Why are psyops key to the military?

If 1000 drones are coming at you, you can shoot them down 1-by-1. Or you can hack them, to turn them around on their sender.

If 1000 soldiers are coming at you, you can shoot them 1-by-1. Or you can propagandize them to turn on their sender. pic.twitter.com/FWc0B4NSmS

Because “woke” is better at mind control than “based”, it is consolidating power at the national level in the US. After all: woke deplatforms based, not vice versa.

In the early 20th century there were many ideologies, which eventually fell away. And a title fight ensued between Communism vs Fascism vs Democratic Capitalism.

This century likewise may eventually reduce to Woke Capital vs Communist Capital vs Crypto Capital.

Some have said “drones can’t hold territory”. But autonomous robots in general most certainly can.https://t.co/JvFYdexlCG

If I understand his two theses:

One – a Woke army is stronger because its fundamentalist ideology is more resistant to enemy propaganda and therefore less likely to switch sides.  Woke is mentally tougher than based or anything else.

Two – wrong men are irrelevant because war will become technology-driven instead of manpower-driven, to the point where boots on the ground are obsolete. 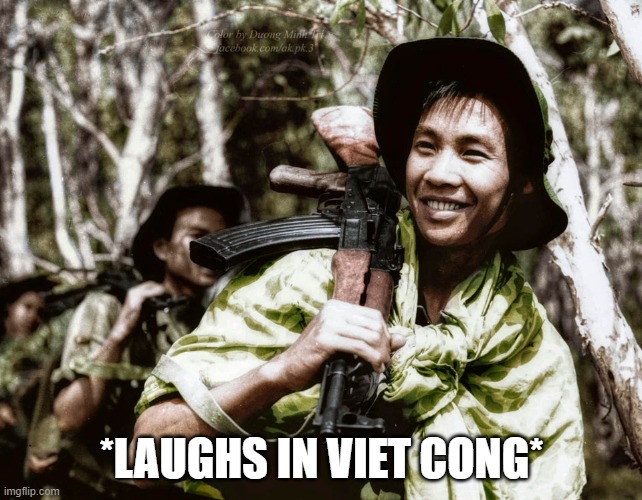 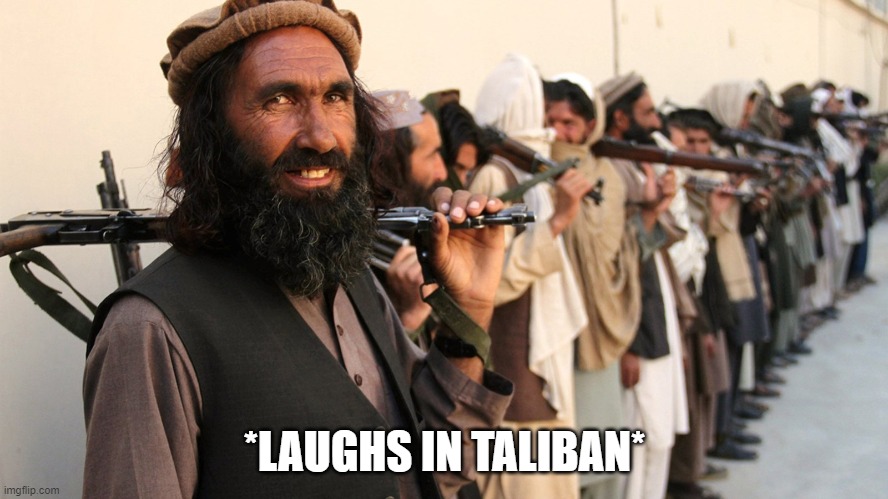 I’ve heard this before.  Remember that Richard Jordan Gatling wanted to develop a weapon so destructive that no one would want to fight a war ever again.  The same thing was said about the first automatic weapons prior to WWI.

Airplanes, submarines, helicopters, ballistic missiles, stealth every new level of technology hasn’t been able to erase the fact that the more war changes the more war stays the same, i.e., rough men killing other rough men.  A handful of drones in a field or patrolling the air is not going to hold a country.

To the first point, psy-ops in war isn’t all that effective.  The number of soldiers we had defected to the Nazis was one, I believe.  We didn’t have Americans jumping over the Berlin wall to join the Soviets.  We’re not likely to have middle Americans who sign up out of patriotic duty jump over to the CCP.  The kids more likely to defect are the ones motivated by selfish values like identity than selfles values like patriotism and duty.

Secondly, Woke is the worst possibly fundamentalist ideology to base a side around.  Woke spend as much time canceling each other as they do outsiders.  There is no cohesion.  A Woke army will fail for exactly the same reason that the Afghani army fails.  When soldiers refuse to take orders because command is of a different race or gender or sex, and units fight among themselves over identity, they can’t fight a unified front.

Just wait until some new trans Lieutenant refuses to obey the order of a “cis-het” Colonel because the Colonel is an oppressor who doesn’t recognize the Liuetenatn’s lived experiences.  This is what kids are doing to their professors on campus, now we’re going to commission those kids into the military.

But, according to this guy, that’s okay because Woke Lt is not going to get swayed by CCO psy-ops, and as long as Woke Lt can hack a CCP drone, who cares if Woke Lt can even do a pushup from zir desk chair.