Two years lost and it was all for naught

Lockdowns only reduced COVID deaths by 0.2 per cent, Johns Hopkins study finds
‘We find no evidence that lockdowns, school closures, border closures, and limiting gatherings have had a noticeable effect on COVID-19 mortality’

A new study out of Johns Hopkins University is claiming that worldwide pandemic lockdowns only prevented 0.2 per cent of COVID-19 deaths and were “not an effective way of reducing mortality rates during a pandemic.”

“We find no evidence that lockdowns, school closures, border closures, and limiting gatherings have had a noticeable effect on COVID-19 mortality,” reads the paper, which is based on a review of 34 pre-existing COVID-19 studies.

Given the “devastating effects” that lockdowns have caused, the authors recommended they be “rejected out of hand as a pandemic policy instrument.”

In the US there were approximately 893,000 COVID related deaths.

In effect, we scuttled the strongest economy on a generation and achieved nothing for it in terms of saving lives.

That is to assume that everything done was done to save lives and not cause American to turn on Donald Trump and Republicans, while transferring billions of dollars into the hands of wealthy Leftist tech moguls and Democratic donors.

The American people need to understand what was done to us and how evil it was. 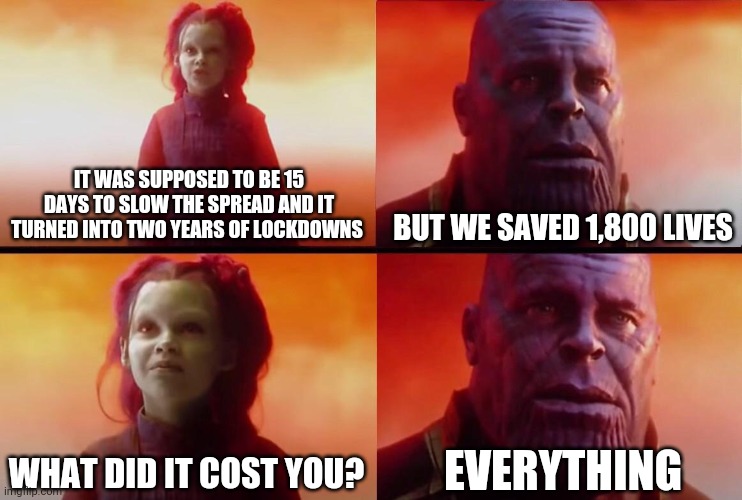