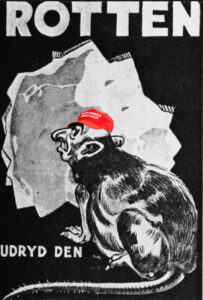 On Thursday, September 1st, 2022 the President of the United States initiated combat with half the country. Bullets are not flying and we pray they don’t while preparing for the worse.

The term is dehumanizing. It is the act of making somebody or some group of people less than human. The Hutu of Rwanda described the Tutsis as “cockroaches”. What do you do to cockroaches? You exterminate them. The Hutus murdered 800,000 “cockroaches”.

After WWII anybody that disagreed with the ruling party became non-people and were shoved into the gulag archipelago pipeline. Many died on the way to the gulags. Many more were worked to death or starved. Ukraine was the breadbasket of the Soviet Union. There were posters throughout Ukraine reminding parents that it was bad to eat their children.

Stalin took all the food from Ukraine and shipped it to the cities and starved the people of the Ukraine to the point where there were “dinners” where neighbors got together to eat meat. And there was one less mouth to feed at that dinner than there was the day before. 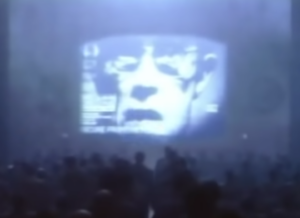 On Thursday, the puppetmasters had Jill lead her husband to the podium. They lite the stage like some dystopian nightmare. Our president stood there raised his fists and told the world “MAGA Republicans represent an extremism that threatens the very foundations of our republic.”

That anybody that is republican is a threat to this country because “the Republican Party is dominated, driven and intimidated by Donald Trump and the MAGA Republicans.” You are not asking questions because it is your right to question your government. It is your right to state your opinion.

According to Biden you do not respect the Constitution. You do not believe in the rule of law. Because you do not surrender to mob rule.

So our President stood before the world and called us a threat. He quoted another as saying we are a clear and present danger to this country. These are words that can justify actions. It is the groundwork of potential horrors to come.

“President Biden did caution Americans about extremism in his speech in Philadelphia, and the ex-president is proving his case,” [Lofgren said]. “To call out law enforcement as vicious enemies, I understand that he identified an FBI agent by name on his social media, probably exposing that law enforcement official to threats that we’ve seen.”

Keep your powder dry and your muskets ready.