Watch the news this weekend

The 2018 midterm election is next Tuesday, barely 4 days away.

The jobs report just dropped and the headline for Market Watch is:

I could go into the details, but this chart sums it all up nicely. 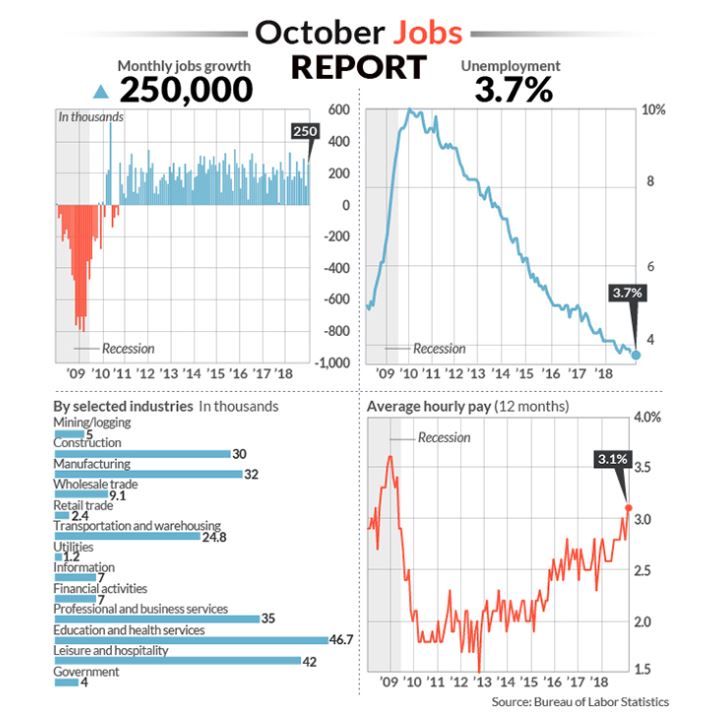 For all the crap we’ve seen and heard about Russia, Stormy Daniels, dog whistles, and everything else, the real effect of Trump and the GOP is in those numbers.

Right now the Democrats are all but shitting themselves over this.

If middle America goes to the polls on Tuesday with this in first and foremost in their minds, the Blue Wave is toast.

It is going to be an amazing news cycle this weekend to watch how the Left leaning media is going to try and couch this as bad or not Trump’s doing, or just bury it completely.

What the GOP needs to do for the next 100 hours until the polls close on Tuesday is not shut up about 250,000 jobs per month created and fastest wage growth in a decade.  Everything else is a distraction.

Americans need to walk into the polls thinking “a vote for the Republican means a raise for me.”

3 thoughts on “Watch the news this weekend”