So I saw this on Twitchy.

Matt Yglesias is a Senior Correspondent and Co-Founder at Vox, and is one of the most ignorant and uninformed people to ever call themselves a member of the media.

He Tweeted a short thread about brewers and the beer industry, that is among the wrongest things ever to ever be put on the internet. 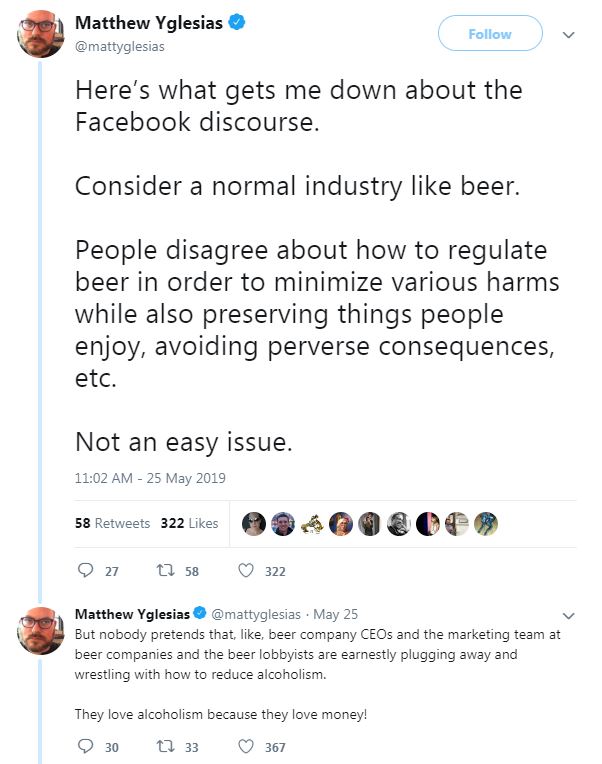 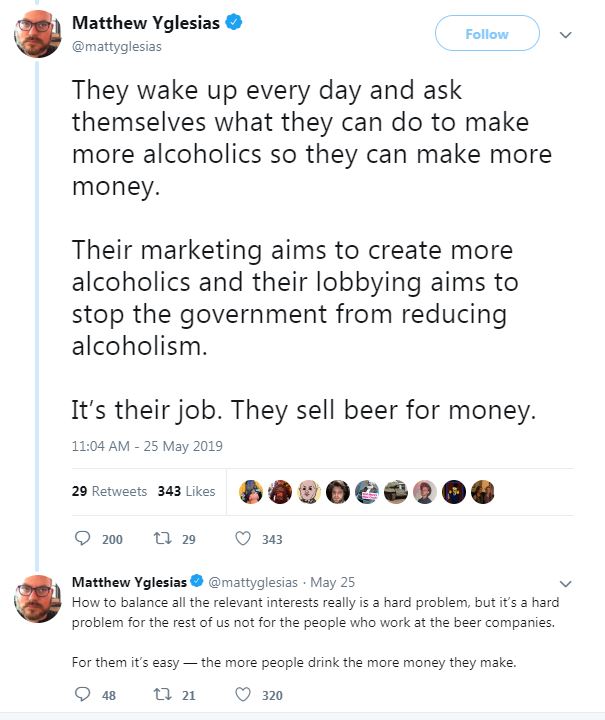 There was pushback on Twitter by people in the beer industry. 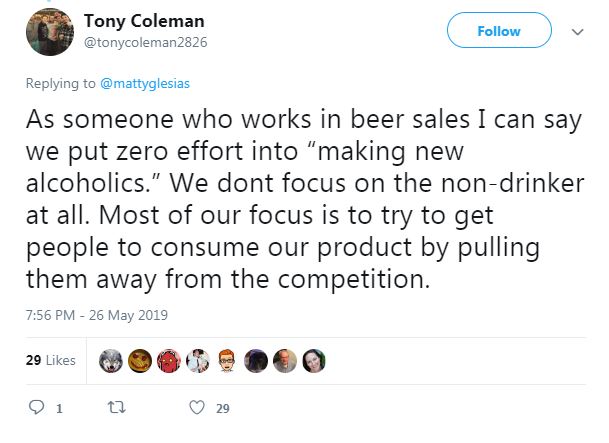 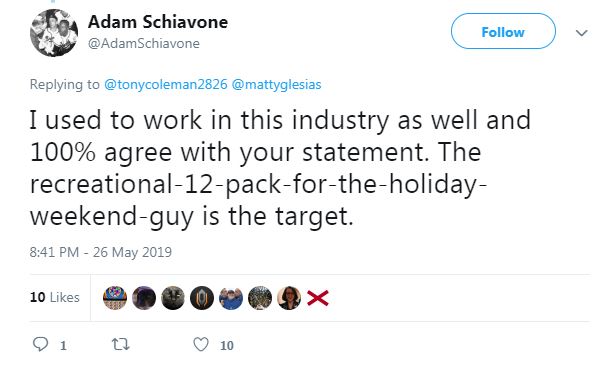 This is exactly the same for the gun industry.

There is some focus on the new shooter who has never bought a gun before, but that is a smaller market.

The focus is on the casual gun owner expanding their collection and parents buying guns to teach the next generation to shoot.

You make your bread and butter selling the deer rifle, then the long range rifle, the waterfowl gun, and the turkey gun, and the 22 to shoot with the kids all to the same three-season hunter/sportsman/target shooter.

There is little money to be made and lots of liability to be had in arming criminals to drive sales through fear.

This is the zenith of anti-profit and anti-corporation conspiracy theorizing, where every CEO is a mustache-twirling villain.

At least it is refreshing to know that Matt Yglesias and his ilk don’t just hate us in the gun world personally, they hate all industries out to make a profit, except of course their own.