Remember back in the days of mean Tweets and $2 gas, the Left was saying that President Trump was going to start a nuclear war?

That turned out to be another case of projection.

Here are some things to consider.

The Ukrainian President is begging NATO to preemptively nuke Russia.

NEW – Ukraine's Zelensky calls on NATO to launch "preemptive strikes" against Russia to "eliminate the possibility" of a Russian nuclear strike.pic.twitter.com/gj6mSRZfFF

I joked about this earlier, but the Huffington Post published an article titled Could A Small Nuclear War Reverse Global Warming? 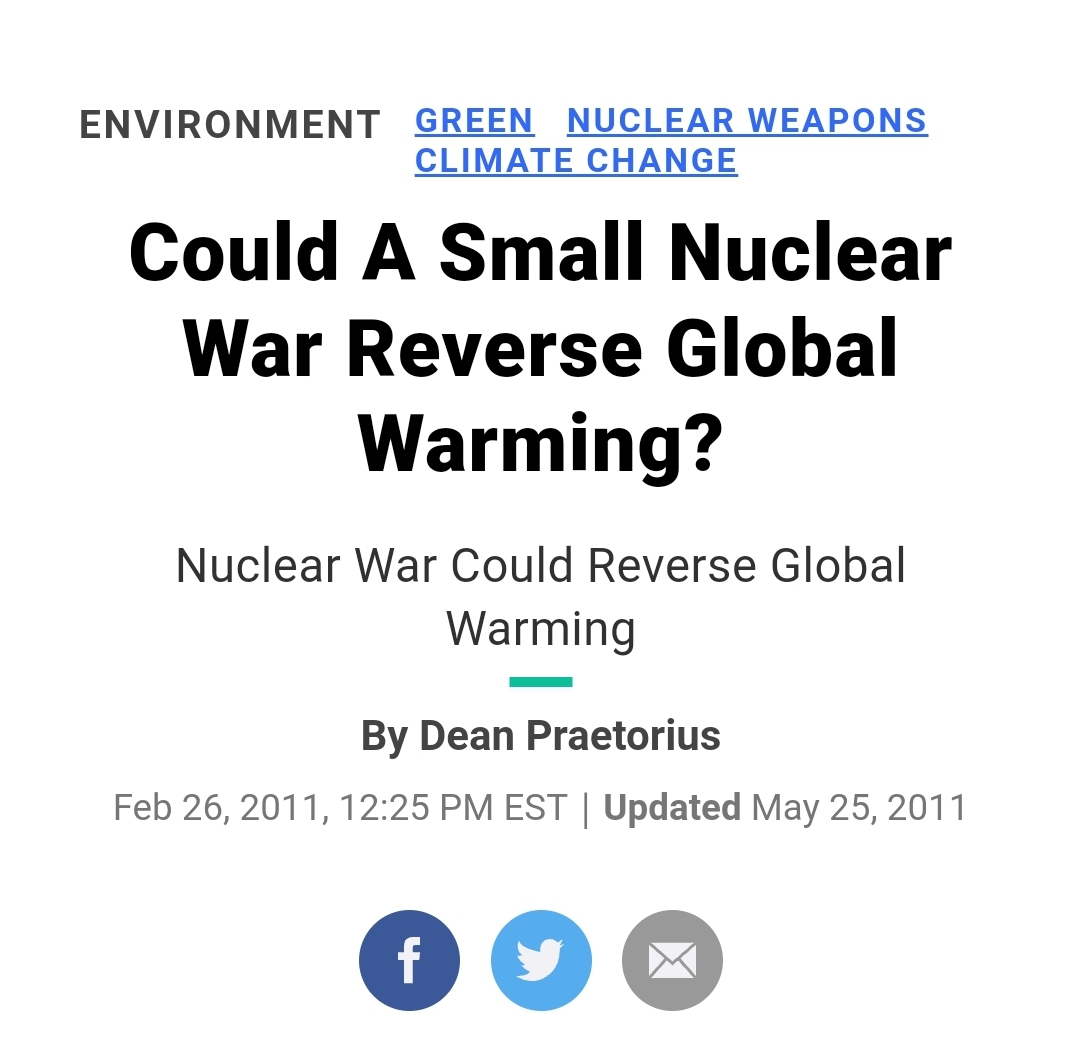 Then there is this news from today from The Hill:

The Department of Health and Human Services (HHS) says it has spent $290 million on a drug to treat radiation sickness in the event of a nuclear emergency.

The HHS Administration for Strategic Preparedness and Response announced in a Tuesday release that it bought the drug Nplate from Amgen USA Inc. “as part of long-standing, ongoing efforts to be better prepared to save lives following radiological and nuclear emergencies.”

This feels like we’re being primed for a small nuclear war.

Joe Biden really wanted to be the second coming of FDR.

One of the longstanding myths of American 3is that WWII got us out of the Great Depression.

What if Biden and his think tank are trying to cause WWIII to pull us out of the Great Recession?

I’m going to keep watching the news but if I start to see articles on how a little nuclear war could fix various economic problems, you can put money on them trying to start a nuclear war.