What did I just say about DEI antisemitism?

Sometimes the universe just rains evidence on me.

The universe decided to double down on me.

More than 60 faculty members at USC have signed an open letter urging the university’s leadership to “publicly and explicitly rebuke” a student for several inflammatory comments she made online earlier in the year, including a tweet saying she wanted to “kill every motherf—ing Zionist.”

In the Dec. 1 letter addressed to USC President Carol Folt, Provost Charles Zukoski and board of trustees chair Rick Caruso — the latest in a series of letters from several of the same signatories — the faculty asked officials to rebuke Yasmeen Mashayekh, a 21-year-old civil engineering student, and “to distance USC from her hateful statements.”

“The silence of our leadership on this matter is alienating, hurtful, and depressing,” the letter read. “It amounts to tacit acceptance of a toxic atmosphere of hatred and hostility.”

The university leaders said that over the summer, when the university first learned about the tweets, which have since been taken down, they removed Mashayekh from her paid mentoring position in the Viterbi School of Engineering. Screenshots of the deleted tweets were republished just before Thanksgiving by “outside organizations” that encouraged people to write to school officials about Mashayekh, who serves as a diversity, equity and inclusion senator for the Viterbi Graduate Student Assn.

Here are some selected saved Tweets: 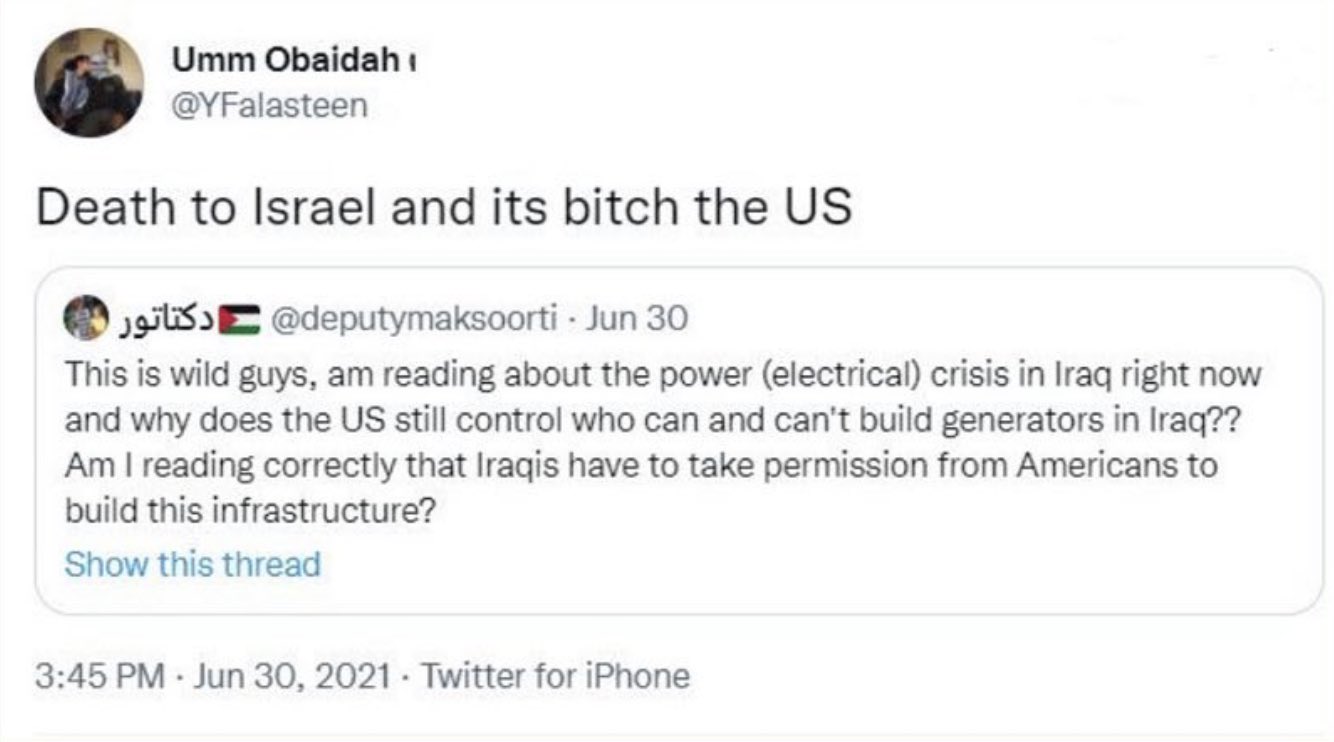 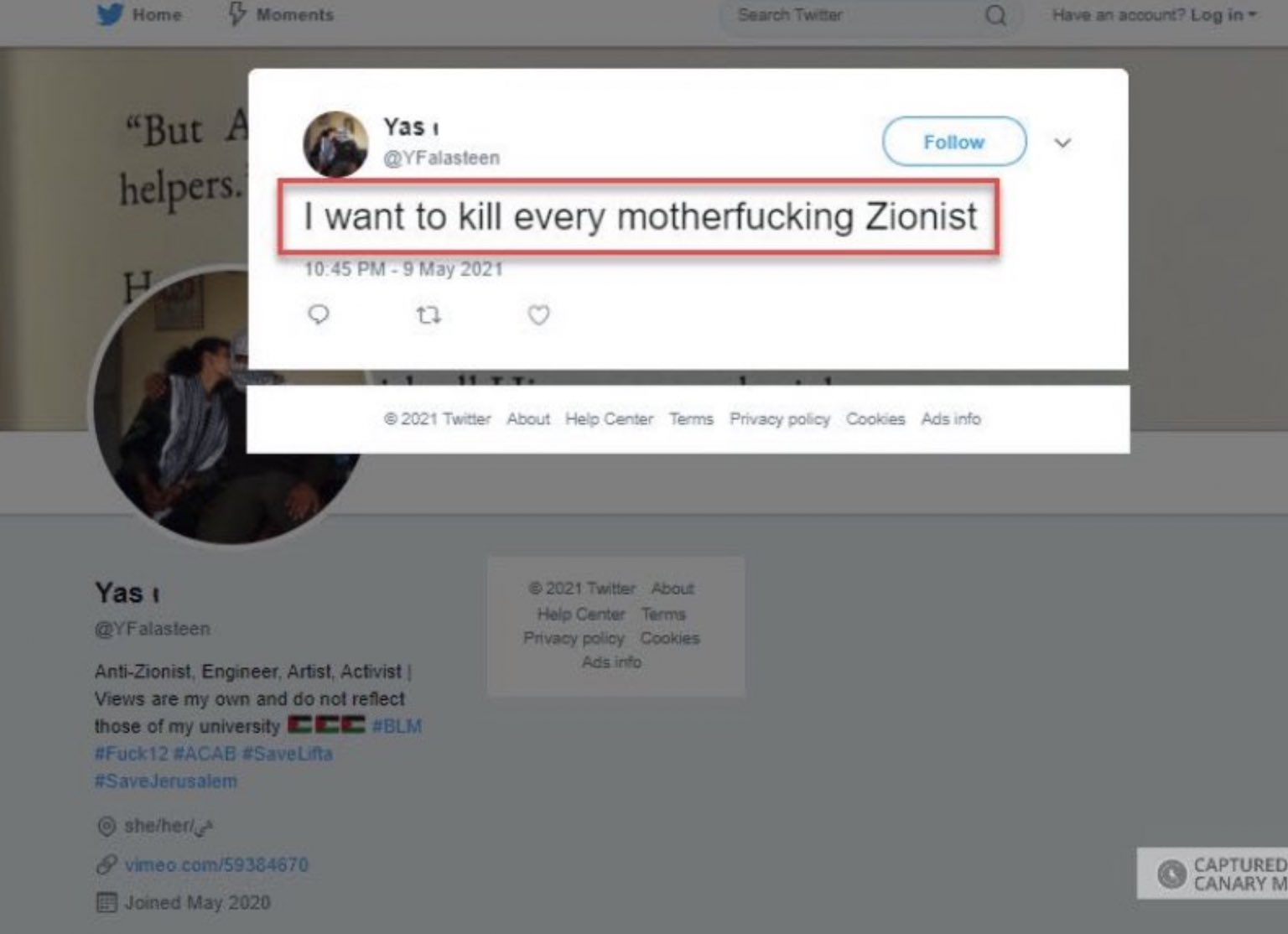 So a Graduate Student DEI ambassador is a genocidal Jew-hater and the university is having a hard time condemning that.

Could it be because the DEI administration agrees with her, or wants to protect a poor oppressed female Muslim POC, or both?

This is the state of DEI on college campuses, as long as you’re not a MAGA hat wearing right-wing white guy, you can hate Jews openly all you want and the school will protect you because DEI doesn’t include Jews.

4 thoughts on “What did I just say about DEI antisemitism?”