When you get Alinskied and your butt hurts.

New York(CNN)Twitter on Thursday evening banned the accounts of several high-profile journalists from top news organizations without explanation, apparently marking a significant attempt by new owner Elon Musk to wield his unilateral authority over the platform.

The accounts belonging to CNN’s Donie O’Sullivan, The New York Times’ Ryan Mac, The Washington Post’s Drew Harwell and other journalists who have covered Musk aggressively in recent weeks were all abruptly permanently suspended. The account of progressive independent journalist Aaron Rupar was also banned.

“Make the enemy live up to its own book of rules.”

We are in warfare; in case you haven’t noticed. Do I wish Twitter would become a true Free Speech platform? Yes. But the problem is that we cannot trust our adversaries to play by a set of rules that covers everybody fairly. And since we are at war, fair is stupid. They do not want a peaceful and rational exchange of ideas to find solutions, they want to win all the marbles. Well, so do I and so should you.

They do not like being treated like we did? Fuck them and enjoy their rage and tears. Trying to pat Cujo and the head and say, “who is the good boy?” will not stop the rabid canine from ripping your throat. The same applies to the Liberals.

And before I forget, what was the eternal excuse we were given before Musk bought Twitter? Oh yes! 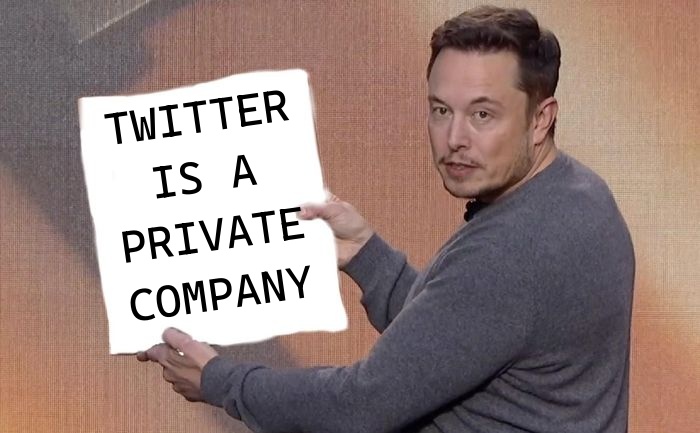 8 thoughts on “When you get Alinskied and your butt hurts.”