Trans cheerleader, 25, is given assault citation after ‘choking out’ teammate, 17, who called her a ‘man with a penis’ at cheer camp as video taken afterwards shows attacker saying ‘I barely touched her’

A transgender cheerleader was kicked out of a Texas college cheer camp after she allegedly attacked a teammate who called her a ‘man with a penis’.

Averie Chanel Medlock, 25, was booted from the Ranger College cheerleading camp in Texas, and given a criminal assault by physical contact citation last week. She is accused of choking a 17 year-old teammate, only identified by her first name, Karleigh, who she claimed made transphobic remarks toward her.

The girl and other teammates allegedly locked themselves in a locker room to hide from the raging Medlock, who claimed that she was being targeted for her race and gender.

Police were called to the scene, along with Karleigh’s father, Mike Jones, and Medlock was removed from the campus.

Jones’ account of the incident was far different, however, writing in a Facebook post that he was called by his terrified daughter at 1am after she barricaded herself behind a door to hide from Medlock, who had allegedly choked her out. Several teammates corroborated this account of events.

‘I ask you what you would have done when receiving a phone call at 1 o’clock in the morning from your daughter stating they had locked themselves in the room with other girls, after this person said You want to fight, and proceeded to put their hands around my daughters neck,’ he wrote.

Speaking to KTAB and KRBC, Medlock insisted the problems were started by Jones and Karleigh, and that she was being targeted because of her gender.

‘I was kicked off the team for assumptions because of the dad’s assumptions of what happened.’

Here is a picture of Medlock: 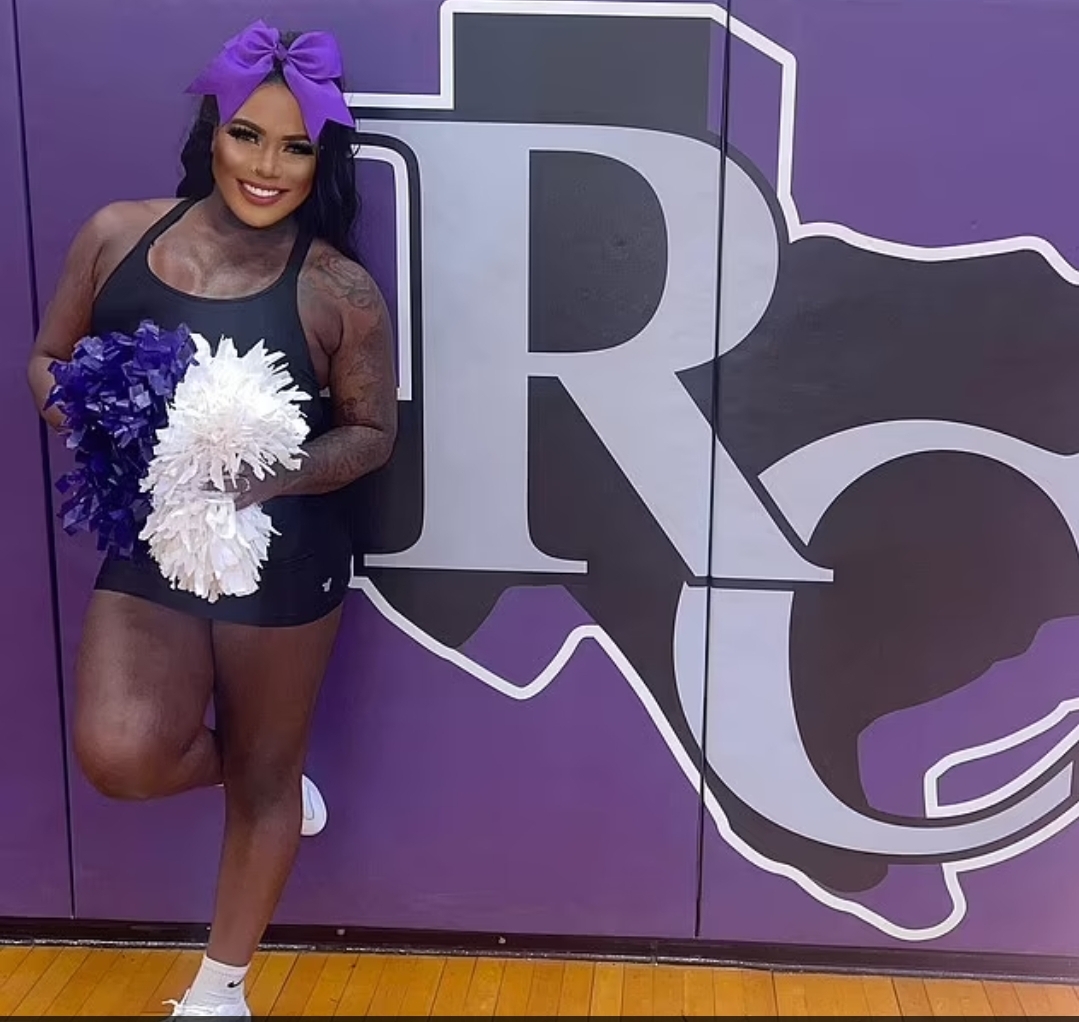 That is a big dude.  Look at the shoulders on him.

The thing I noticed about these cases is how when these trans individuals get challenged they revert to very aggressive and belligerent male behavior very quickly.

When the mask slips there is an angry dude behind it.

It’s almost as if these people can claim to feel one way or another, but when stressed reveal who and what they really are.