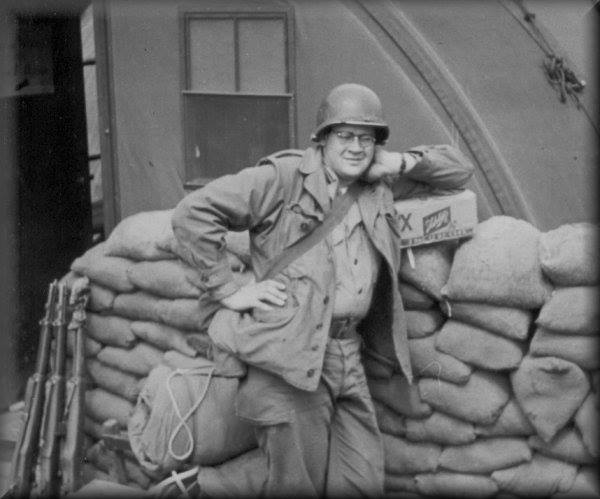 Standing at 6’5’’ and 250 lbs., this Idaho native left all of his fucks in the womb. His name is David B. Bleak. Enlisting in 1950, Bleak joined the Army and became a medic attached to the 223IR/40thID and soon after he found himself in the midst of the Korean War.

On June 14, 1952, Sgt. Bleak volunteered for a prisoner snatch mission along with 20 other soldiers. As they ventured towards an enemy hill, the patrol was ambushed and the lead element of the patrol was hit. Bleak ran from the rear and began treating the wounded. In the meantime, enemy soldiers inside of a trench nearby opened fire and wounded another American.

Bleak simply rushed the trench and dove into it, tackling one Chinese soldier and, with only his hands, broke the soldier’s neck. He was then confronted by a second soldier, whom he also grabbed by the neck and crushed his windpipe. A third Chinese soldier then approached, and in the ensuing scuffle, Bleak used his combat knife to kill him.

The Sgt. then returned to the patrol like it was no big deal and attempted to treat more wounded members, but soon thereafter a Chinese hand grenade bounced off of the helmet of the soldier standing next to him and landed nearby. Bleak tackled the soldier over and covered him with his larger frame to protect him from the grenade.

The patrol then continued on its mission, and was successful in capturing several Chinese prisoners. On their way back, they were ambushed again by another group of Chinese hidden in a trench with an automatic weapon. Three of the other soldiers were wounded in the attack, and as Bleak attempted to run to them, he was hit in the leg. In spite of the enemy fire and his own injury, Bleak picked up a wounded soldier and began to carry him down the hill. He was then confronted by two more Chinese. Putting down the wounded soldier, Bleak charged them and smashed their heads together with such force that he fractured both of their skulls.
Eventually, all 20 men of the patrol returned to the UN lines, even though a third of them were wounded.

For his actions, Sgt. Bleak was awarded the Medal of Honor.