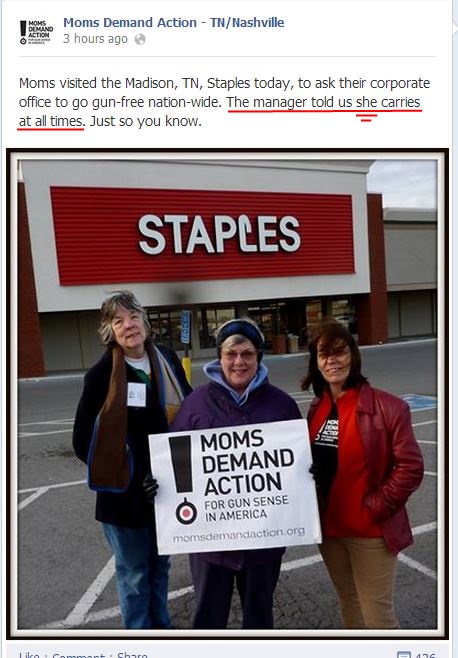 Oh! I bet that hurt.  I just hope that the manager does not get in trouble if there is a No Weapons policy and HQ takes her answer the wrong way.

And have you notice the crowd of “Moms” crowding the front of the store? Now that is a mob right there.

Because, you know, we are cowards.

Livingston, a graduate of West Point and former Army Ranger, was trained in medicine at Johns Hopkins. He has written books and spoken about many things, including suicide and grieving. I contacted him Saturday afternoon for commiseration and told him about my sense of resignation — those things that seem to be in the American blood, guns and violence as a solution. Livingston agreed we’ve been on the wrong track for too long.

“Anyone who believes that they need to go about the world while armed has proven their cowardice,”

via Expecting the horrible is the American way – baltimoresun.com.

Which is the reason cops and soldiers, including Army Rangers, go about the world carrying a can of wasp spray and a bag of Cheetos.

Taken at a WalMart in Buffalo, NY. 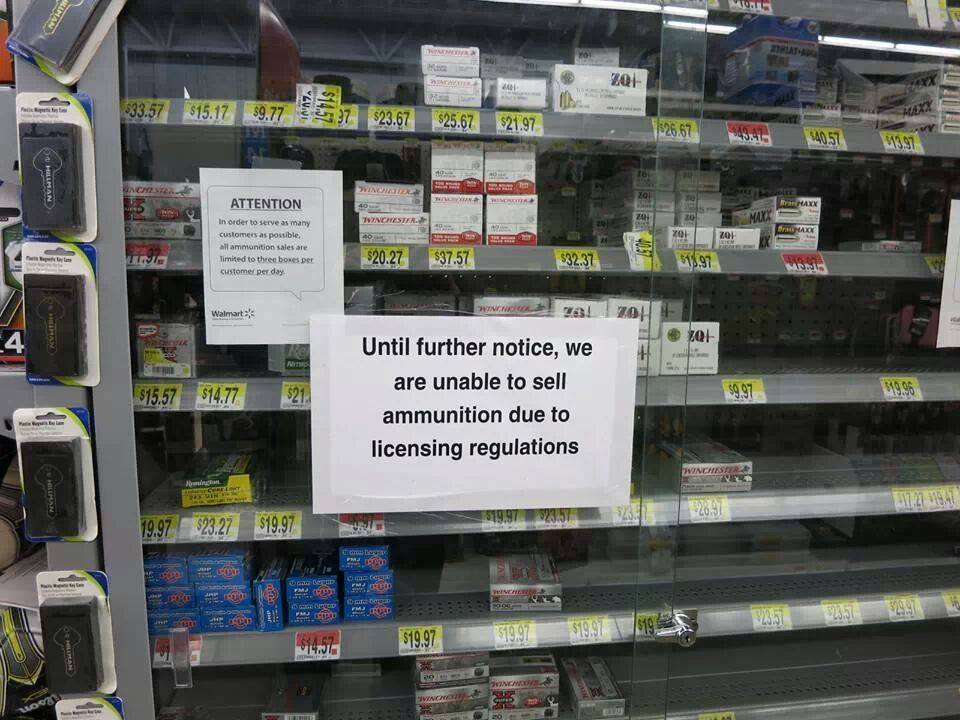 [ Durham County sheriff’s deputy Michael] Lemay recommended that the woman keep two things by her front door: a whistle and a can of wasp spray.

“It shoots 20 feet, it’s cost-effective and it does the job,” Lemay said.

As somebody who has dealt with a wasp colony or a couple of dozens in his life, I can attest that the only way that wasp spray does good against wasp is if you place a flame between the can and the target. and create your own makeshift flame-thrower. A human attacker is a wee bit bigger than a wasp and unless you manage to convince him to stand still, open his mouth and ingest the contest of the can, the wasp spray is not gonna do squat.

Again: a very fit couple (Both into the Crossfit scene) used a baseball bat and a can of wasp spray without results. Only when a knife (a deadly weapon) was introduced, the struggle finally tilted in favor of the good guys.

Now, if we could make a request to the Durham County Sheriff and ask him to have Deputy Lemay swap his sidearm and carry only a can of Wasp Spray when patrolling the streets…….. nah, not happening. 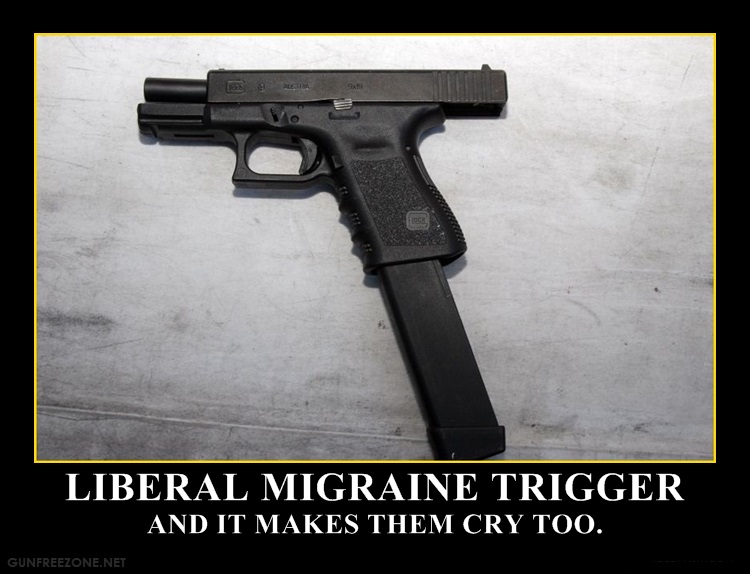 Some stuff collected from the webs: 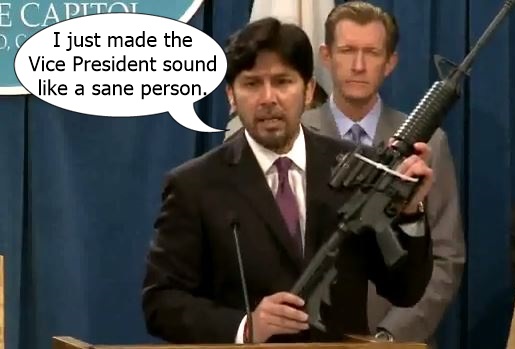 I am not alone on the School Shooting Hysteria

If I locked the doors, cut the lights, and crouched in a dark corner clutching an improvised weapon every time someone got shot within a mile of where I’m sitting, I’d never get anything done around here.

via View From The Porch: If society had lapels, I’d be grabbing them..

Another one annoyed at the Media & Academy Who Cried Wolf.